’I don’t think it’s going to get better:’ Central Florida food pantry looks to meet demand for another year

ORLANDO, Fla. – Kristin Varley, 28, is speaking out for the first time since video of her husband fighting another man inside a Baldwin Park Publix has gone viral.

Minutes before the fight, Varley said she was unloading her groceries in the parking lot.

"There's a cement median that tells you where your parking space is and there was another cart parked horizontally, and I was like, 'I'll leave my cart where this one is.'"

But she said that's when Edwin Colon drove up asking her to move her cart.

"I said, 'I'm having contractions. I'm nine months pregnant. I don't feel well today. I can't do this. I can't move it back to Publix,'" Varley said.

But Varley said Colon continued to argue wanting her to move it.

"I went back to my cart and I moved it over an inch so he could get in. As I was walking back and explaining to him why I couldn't move it any further he told me, 'Maybe you should of thought of that before you got f-ing pregnant,'" Varley said. "I looked at him and said, 'Really, did you just say that to me? I am a woman standing here pregnant. My daughter is sitting right here in the car.'"

Varley said Colon continued cursing her and her daughter until an eyewitness came to try and get him to stop. Eventually Colon went into the store. 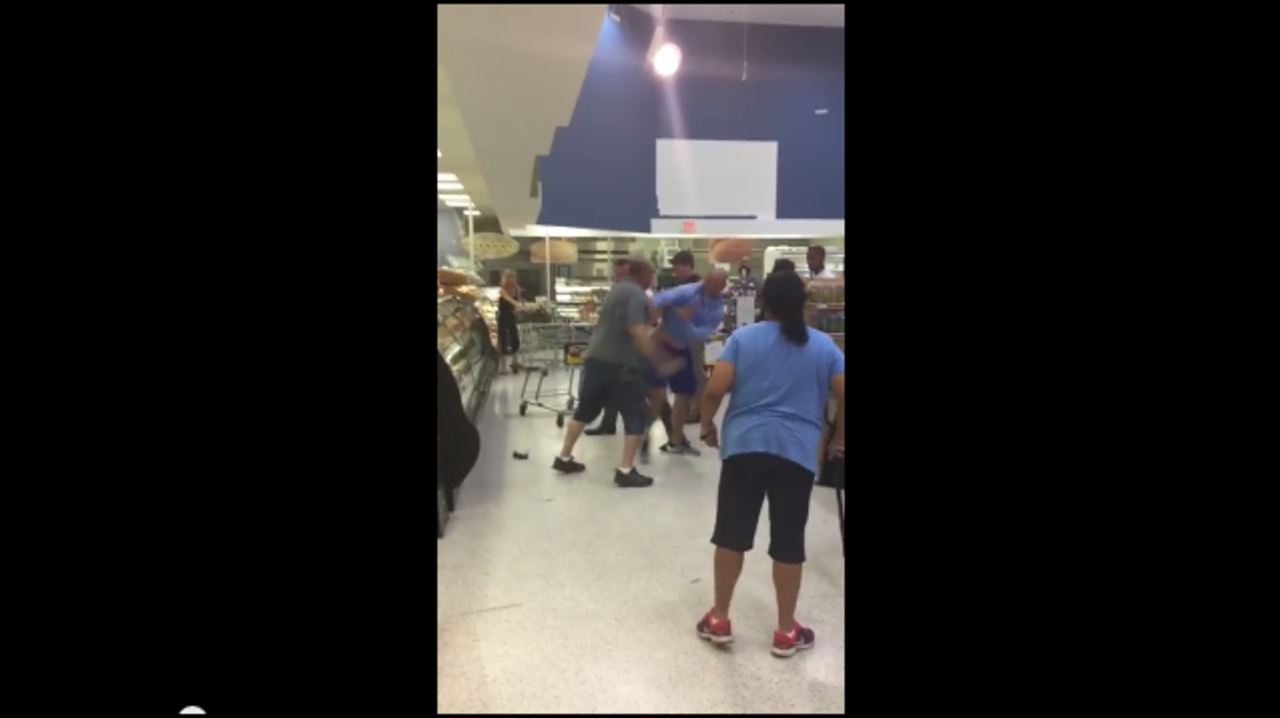 "The video doesn't show the first minutes of what actually happened, which is my husband asking for an apology several times," she said.

In the Orlando police report, Colon admits to pushing Varley's husband first, but said it was because he was fearful he would be hurt.

Colon also said Varley cursed at him and parked the cart right in the middle of the parking space, but Varley said it didn't happen that way.

Varley said all she wanted was an apology for Colon's behavior.

"I wanted an apology because I don't think any woman -- pregnant or not -- should ever be treated like that for not putting their cart back because they didn't want to leave their kid," Varley said.

Local 6 reached out to Colon. He said he expects Orlando police to investigate the incident further and is thinking about hiring an attorney of his own.