City of Orlando hosts parade in honor of MLK

UMATILLA, Fla. – There were mass absences Monday at Umatilla High School after a shooting threat was discovered over the weekend, authorities said.

Lake County Schools spokeswoman Sherri Owens told News 6 that 75 of the school's 797 student body showed up as of 9:30 a.m.

The Lake County Sheriff's Office said its investigation is ongoing.

"We are investigating after a vague message was scratched onto a bathroom stall," the Lake County Sheriff's Office said.

News of the threat spread online, and school officials alerted parents about it.

Umatilla High School senior, Chris Lugo, heard about the threat Monday on his way out to the door to school.

He said the lack of students and heavy presence of law enforcement on campus created an eerie feeling.

"When I walked onto campus and I saw a lot of police there then yeah. I was really concerned about the safety of everyone really and myself," Lugo said.

Lugo only stayed for half the day.

"I went to three periods. First period I only had four classmates. Including me. By second and third period it was just me," Lugo said.

Terri Taylor kept her grandson, a freshman at the school, home as well.

She said he was worried to go to school Monday after hearing an automated message from the principal over the weekend.

"When he heard the recording on the phone he was terrified and then he says, 'You know Grandma, all my friends are scared. Their parents aren't sending them to school. They're scared'," Taylor said.

In a phone call, authorities said that the threat had been brought to their attention over the weekend.

"There was some conversation on Snapchat among students. Parents became aware of it and they alerted law enforcement and law enforcement alerted us," said Sherri Owens, the communications officer for Lake County Schools.

School officials said they are working with law enforcement to ensure students are safe and that those responsible for making the threat are held accountable.

Deputies said there was an increased presence of law enforcement on campus Monday. 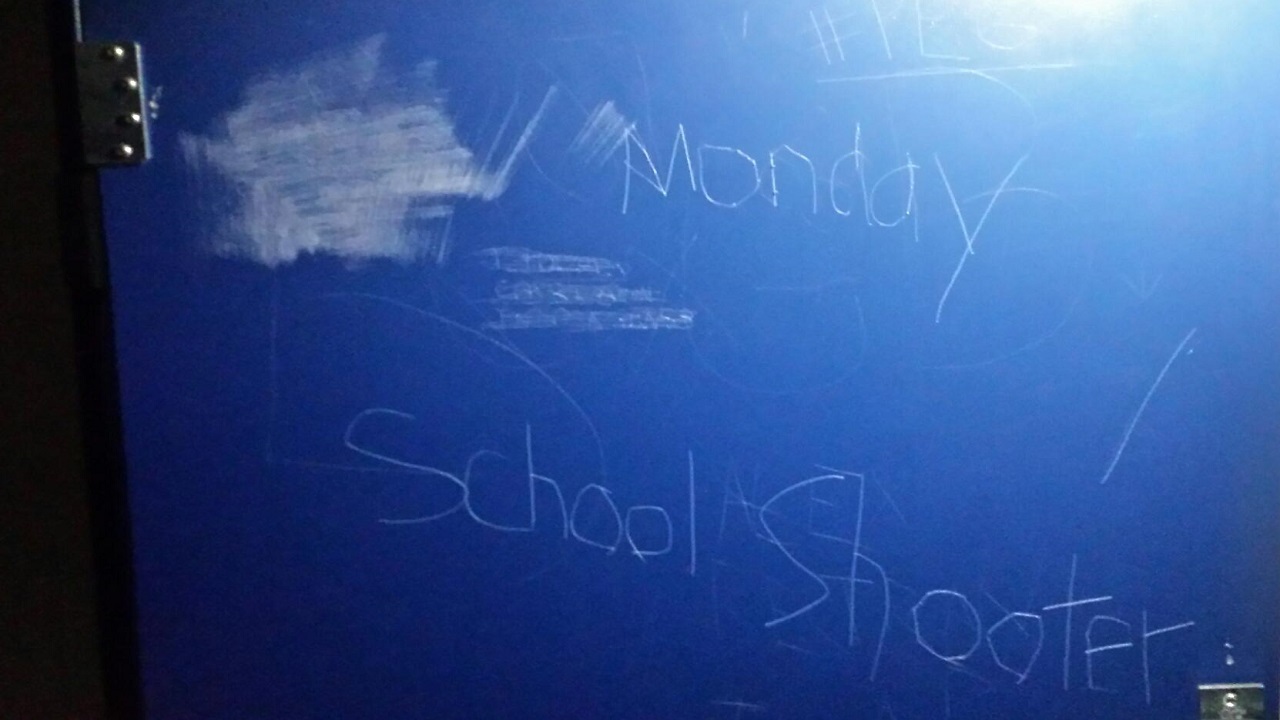 The threat comes days after two teens were arrested for making a Columbine-style threat at The Villages Charter Middle School. Deputies said it's likely that the Umatilla threat is a copycat of the incident in The Villages.

Ownes said students' absences will be excused for Monday.

Sign up for ClickOrlando breaking news alerts and email newsletters

Stay with News 6 and ClickOrlando.com for updates on this developing story.