Orlando Mayor to review city’s use of force policies

Power was restored to the businesses on Sunday evening.

Estevez said the thieves broke into three restaurants and a salon, but multiple businesses in the plaza did not have power around 9:30 a.m. Melissa Larum, an employee at Sports Clips salon, said the outage may make it more difficult to identify the culprits.

"They cut all the power so there's no cameras working. There's no photos or anything," she said.

Planet Smoothie employees were seen sweeping up the shattered glass that covered any potential customer's path into the shop. A gaping hole was centered in the web of cracks left in a Papa John's Pizza store's glass door.

The break-ins are nothing new for Larum.

"I have actually worked here for 11 years and this is my sixth break-in," she said. "It's always the same thing. They hit all of our stores at the same time, all in a row."

An officer on the scene said it's unclear when power will be restored to the storefronts. He said the damage was too extensive for a Duke Energy technician to fix and that an electrician has been called.

For businesses like Sports Clips, the outage may mean losing a day's worth of revenue.

"Sunday is normally our busiest day and we use clippers so we need power," Larum said. "So, we have no power, so we can't even open."

Matt Welch, the assistant manager of Zaza's Cuban Diner, said even though the restaurant was not broken into, it could also have a significant financial loss.

"We have quite a bit of product in there from our central kitchen that we maintain daily," Welch said. "Probably two to three thousand dollars (of food)."

The investigation is ongoing.

This is a developing story. Stay with News 6/ClickOrlando.com for updates. 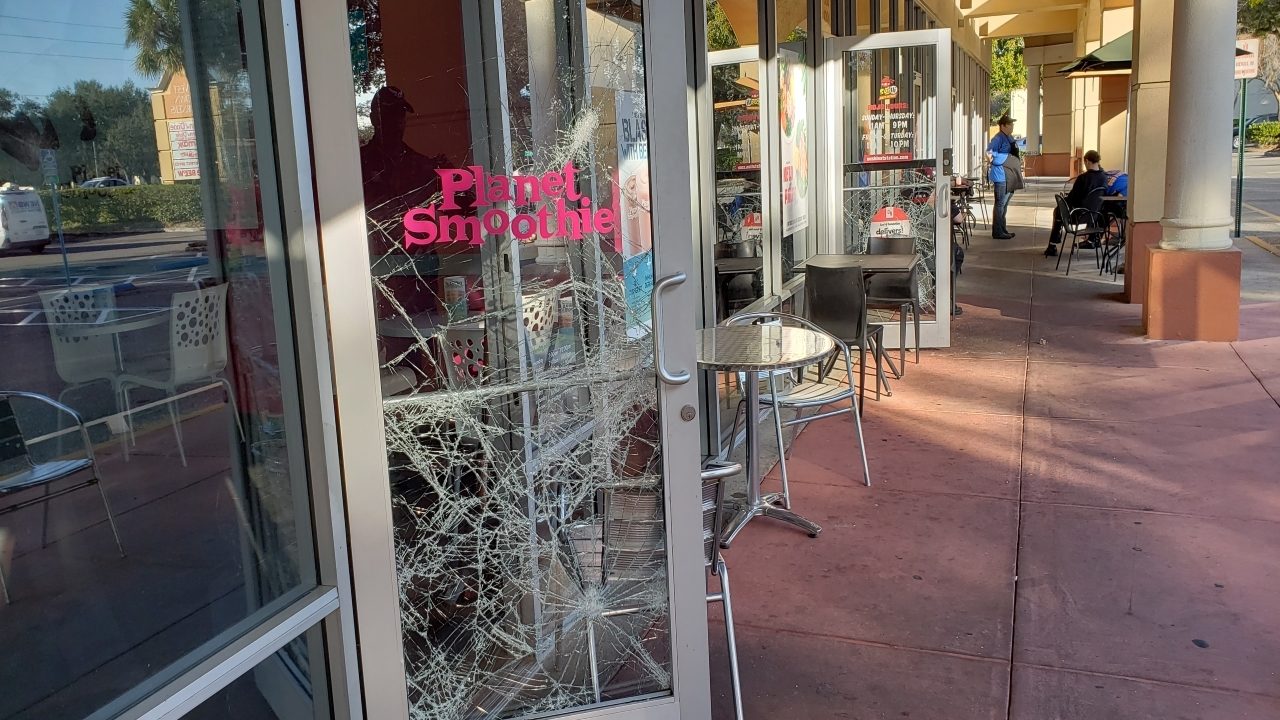