Building a business: How one female CEO turned difficult pregnancies into opportunity

Body found after fire breaks out at Palm Bay home

Crisis negotiators working to communicate with man on 400-foot tower

A man began climbing a massive TV tower outside the WKMG News 6 studios Wednesday morning and crews have been working to bring him down since.

Officials with the Orlando Police Department said crisis negotiators have been trying to communicate with the man since he began scaling the 400-foot tower outside the TV station at 4466 N. John Young Parkway near Orange Blossom Trail  shortly after 11 a.m.

[RELATED: Negotiations ongoing with man who scaled WKMG News 6 TV tower in Orlando | Why News 6 is not showing live video of the man on TV tower] 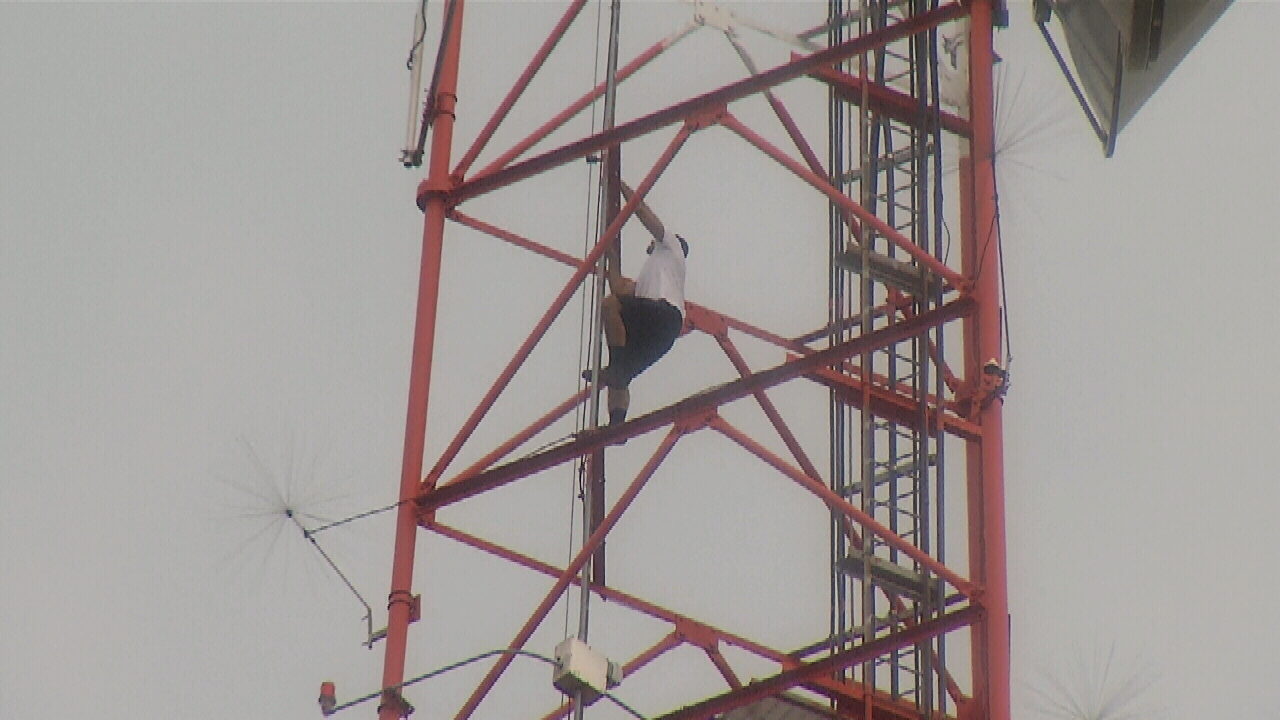 After hours of trying to use a speaker system to communicate with the man in both English and Spanish without success, a pair of Orlando Fire Department firefighters began climbing the tower around 3:45 p.m. in an attempt to bring the man a harness, in hopes that he would use it to climb down safely, police said.

Sgt. David Baker said unfortunately, the man didn't want their assistance and instead climbed higher up to the top of the structure.

Since then, there have been times when it appears the man is making his way down the tower, but he stops or ascends once again. Other than that, Baker said there hasn't been any sign that the man is responding to negotiators.

Still, in a news conference Monday afternoon, police officials remained hopeful, saying crisis negotiators are trained to attempt to create a dialogue with those who don't seem responsive.

They have been using tactics, such calling him by what they believe to be his name to calm the man. According to Baker, using someone's name in a crisis can be soothing to them and can show that potential rescuers care.

Baker said officers have also tried to remove some of the attention that may be on the situation by closing access to the News 6 parking lot, which he said can also help those in a crisis to feel fewer eyes are on them.

Negotiators are calling the man by a name they saw on something in a backpack they found near the scene. Though they haven't been able to confirm the man's identity or that the backpack belongs to him, they are using the information they have to try to make possible connections, which is how they were able to get in touch with the brother of the person who owns the backpack, police said.

Baker said the brother of the owner of the backpack didn't mention that the man had any weapons or give them any reason to believe he's a threat to the public.

If the man is who authorities think he is, police said he has a known history of mental illness.

It's still not known why the man climbed the tower but authorities said they will continue working toward a peaceful resolution.

News 6 is not livestreaming the incident due to the unpredictability of the situation.

"The safety of our community, our employees and this gentleman are of paramount concern to us at WKMG," said Jeff Hoffman, vice president and general manager of WKMG-TV. "We are thankful for the Orlando Police Department and Orlando Fire Department's prompt response and hope this comes to a safe conclusion."

For perspective, the Washington Monument stands 555 feet tall. News 6 engineers routinely scale the tower for maintenance work, but they always wear safety equipment and use a harness.