Cold air set to push through Central Florida this weekend

I hate to rain on your parade, but...

Mother Nature already has -- pretty much all day, actually, and it looks like she's not letting up for a while longer. It could be worse, though. You could live in the Northeast, where they're preparing for possible snow this week -- IN MAY! 😱 (<--- Click the link if you don't believe me.)

See? Now, while you count your blessings, I've got the rest of your Monday headlines. 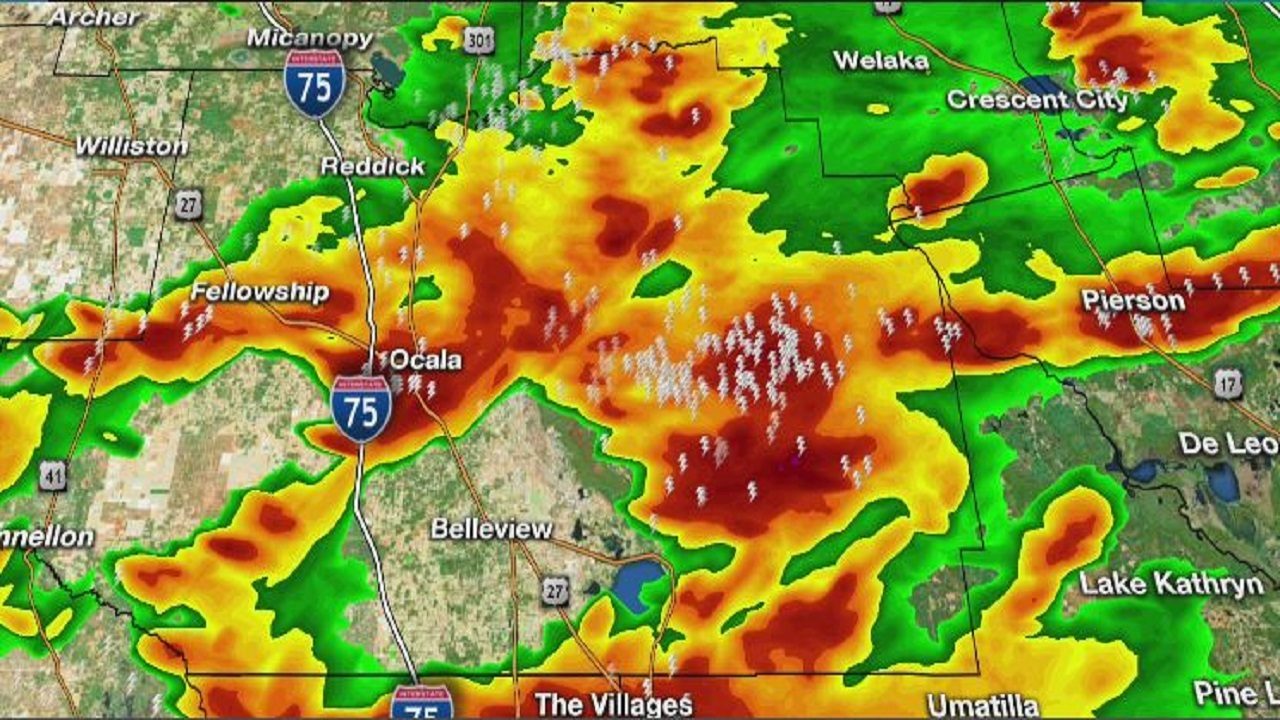 Like I said, it's been a wet one. Strong storms are still soaking much of Central Florida, and by the looks of the radar, you'll want to hold on to that umbrella. Track the storms yourself by keeping an eye on the radar in our free Pinpoint Weather App.

So you've probably heard a lot about China, the U.S. and the trade war happening between the two countries. Well, it's still a thing, and a new tweet from President Donald Trump threatens it'll only get worse if Beijing retaliates. That announcement comes as China placed some new tariffs on a hefty amount of U.S. exports. I know, it's a lot to understand, but we can help. Get the full breakdown and find out what it could mean for you.

Legendary actress Doris Day has died at 97 after recently having contracted a serious case of pneumonia. See the work she was most well-known for and how she'll be remembered.

McGregor off the hook 👊

Remember that whole ordeal between UFC champ Conor McGregor and a fan whose phone he allegedly smashed outside a Miami hotel? Prosecutors have officially dropped the charges against the fighter. Find out what happened that got McGregor off the hook.

Speaking of fans, many who watch their beloved "Game of Thrones" series every Sunday don't seem too happy about this week's episode, and they're making that pretty clear online. See what they're saying about the episode being "dark and full of terrors" on social media.

Side note: I've been wondering what all the hype is about, so I finally decided to sit through a full episode with my co-workers last night to see what I've been missing out on all these years. While watching it, I realized two things: 1) I haven't been. 2) if any single episode was going to win me over, this extra bloody, very gory one wasn't it. Sorry, guys. I tried.

Try to forget about the bad weather and the not-so-great "Game of Thrones" episode for a minute, because it's time to play, people. Raise your hand if you're excited about one of Central Florida's favorite festivals returning this week. 🙋🏻‍♀️🙋🏻‍♀️🙋🏻‍♀️
See when the Orlando Fringe Festival kicks off and use our guide to plan your experience now so you don't miss a thing.

How to keep kids busy 🎳

It's almost summer, and you're probably looking for activities for the kiddos to enjoy the next few months. If that's the case, the five words in the sub-heading above probably got you to read this, and I'm happy to report that since you did, you now know that kids can bowl two games daily -- ALL. 👏SUMMER. 👏 LONG. 👏 Find out how to get in on the deal and thank me later.

Like this newsletter? Tell your friends to sign up so they can be as trendy as you. Think it could be better? Tell me how by emailing me at bvolz@wkmg.com. 📧