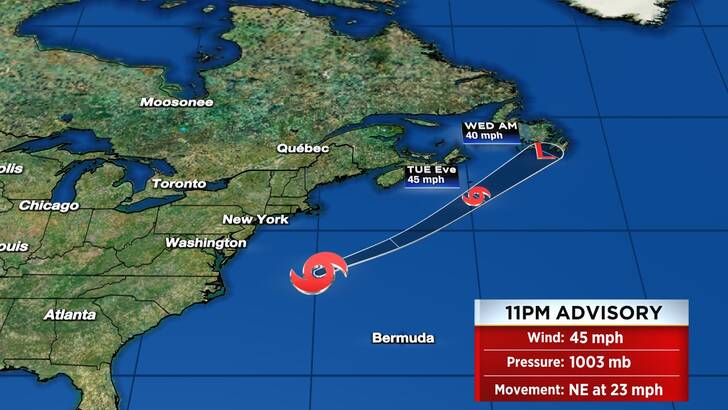 While Orlando has had a few passing showers, the stronger storms have been spreading out over Brevard, Osceola, Flagler, and portions of Flagler counties.

The storms will be moving east to northeast packing heavy rain which could lead to minor flooding along the roadways as well as areas with poor drainage.

Main hazards with storms that turn strong to severe will be lightning, strong wind gusts near 40 mph or greater, heavy rain, and small hail can't be ruled out.

Where it's not raining it feels like a sauna.  Highs in the upper 80s to low 90s continue to feel like the mid to upper 90s.

Most of the stormy weather will wrap up before 10 p.m., but a few showers could linger through part of tonight and then fire up again early tomorrow morning before sunrise.

Lows will eventually settle in the mid 70s under mainly cloudy skies.