Train and semi-truck collide in Marion County, no injuries reported

The 4 best bike shops in Orlando

Wondering where to find the best bike shops near you?

Hoodline crunched the numbers to find the top bike shops in Orlando, using both Yelp data and our own secret sauce to produce a ranked list of where to venture next time you're in the market for bike shops.

Shoppers in the Orlando area usually spend more in April at retail and wholesale businesses than most other months of the year, according to data on local business transactions from Womply, a provider of small business software for online reviews management. Daily spending at Orlando-area retail and wholesale businesses grew to $249,331 for the metro area in April of last year, second only to February with an average of $253,304, and 6% higher than the average for the rest of the year.

First on the list is Orange Cycle. Located at 2204 Edgewater Drive in College Park, the bike shop and bike repair and maintenance spot is the highest-rated bike shop in Orlando, boasting 4.5 stars out of 86 reviews on Yelp.

Next is Baldwin Park's Elite Bikes Orlando, situated at 1308 Lake Baldwin Lane, Suite B. With five stars out of 17 reviews on Yelp, the bike shop and bike rental and bike tour spot has proved to be a local favorite.

Audubon Park's Winter Park Cycles, located at 3014 Corrine Drive, is another top choice, with Yelpers giving the bike shop and bike repair and maintenance spot five stars out of 15 reviews. 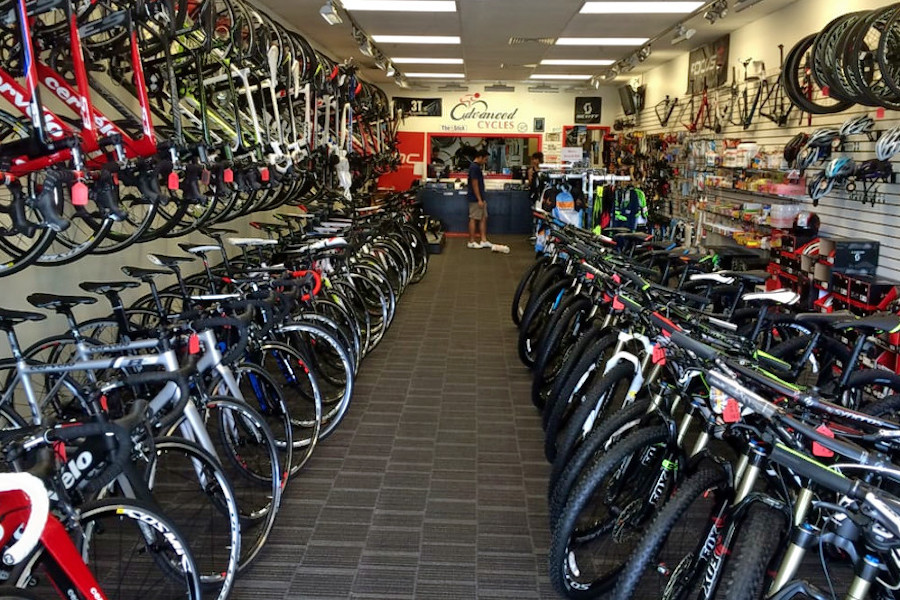 Advanced Cycles, a bike shop and bike repair/maintenance and bike rental spot in Airport North, is another go-to, with four stars out of 20 Yelp reviews. Head over to 6651 S. Semoran Blvd., Suite 104 to see for yourself.