Police believe Jessica McCreery, baby Penelope to be in danger

ALTAMONTE SPRINGS, Fla. – The attorney of a man police named a person of interest in a case of a missing mother and baby told Local 6 Thursday night that the mother and baby are alive and safe.

Altamonte Springs police on Thursday named the father of a missing baby, David Hogarth, 46, as a person of interest in the disappearance of 7-month-old Penelope Hogarth and her mother 21-year-old Jessica Elizabeth McCreery. 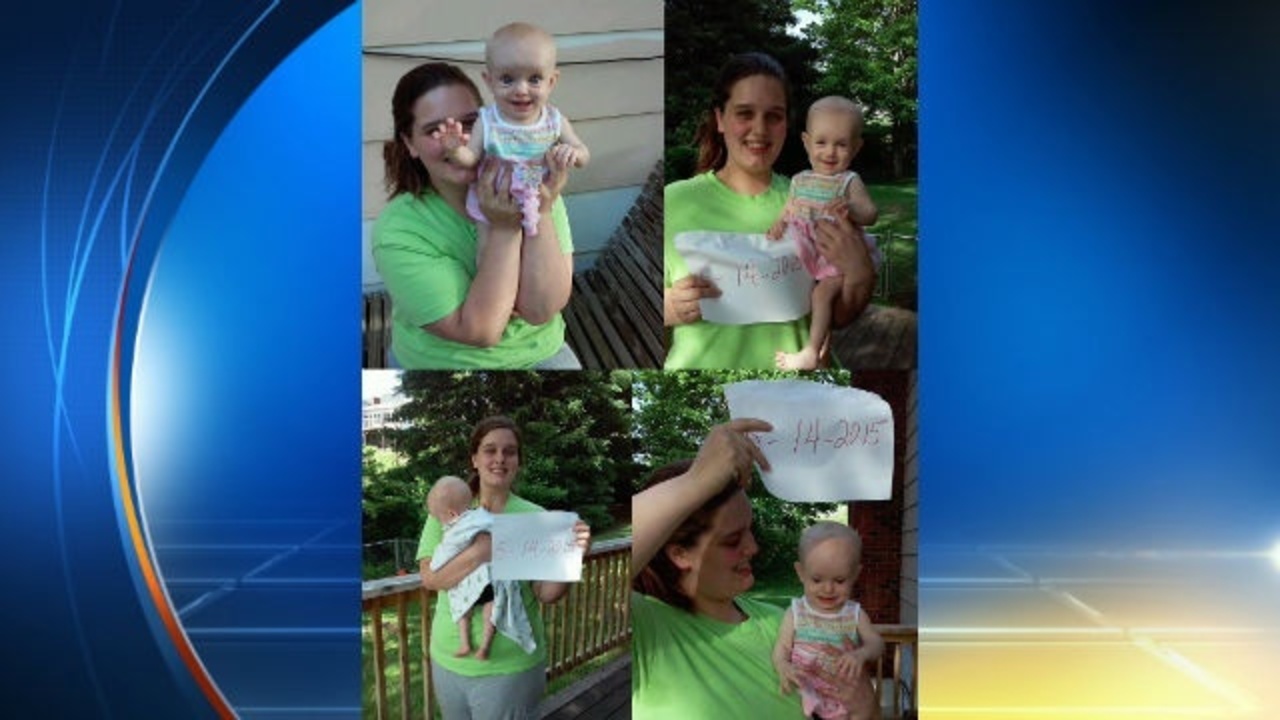 Hogarth's attorney, Mark O'Mara, sent a picture with Thursday's date on it of McCreery and her daughter telling Local 6 that the mother and baby are alive and well.

Altamonte Springs police confirmed Thursday night that they also received the photos, which were provided to them by O'Mara.

"Altamonte Springs detectives and Florida Department of Law Enforcement agents are working to authenticate the photos and hope to work with Mr. O'Mara and his client David Hogarth more (Friday)," the department said in a statement.

Police added that while the photo proves detectives' earlier suspicions that Hogarth knew of their whereabouts, it still leaves many unanswered questions.

Altamonte Springs police said Thursday that Penelope was not born in a hospital, and it was not believed that she's ever been checked by a medical professional.

"(Doctors) have a great concern for Penelope, which is called 'failure to thrive,'" Master Officer Rob Pelton, spokesman for the Altamonte Springs Police Department, said Thursday. "Just based on photos, they said if her birthdate is correct and that she is a possible 6½ to 7-months-old, they have great concern for her health."

The Florida Department of Law Enforcement issued a missing child alert for Penelope on Thursday, fearing McCreery and her daughter might be in danger.

Child Protective Services first visited their home on Adelaide Boulevard on May 5 after an anonymous caller indicated Penelope may not be taken care of, said Pelton.

CPS investigators said the child was underweight and they told McCreery to seek medical attention for the child.

FDLE investigators said the mother and daughter were seen again May 7 at a nearby Publix grocery store.

But when CPS investigators returned to the home Tuesday for a check-up on Penelope, they found the mother and daughter were not only gone, but there were no signs a baby ever lived there.

Instead, investigators said they found marijuana plants growing inside, and they arrested David Hogarth. He was taken into custody on drug and child neglect charges.

Police said Hogarth refused to say where McCreery and the baby were. He bonded out of jail Wednesday afternoon.

O'Mara, who represented George Zimmerman during his murder trial, is now representing Hogarth.

"Currently, I am coordinating with David and the authorities to provide answers to their urgent questions," O'Mara told Local 6 News.

Police said Thursday that there were no other planned search areas and that they are instead focusing on gathering intelligence.

"It's destroying my family," Gregory Hogarth said. "This will all come out in the end. He is innocent. He has not done anything wrong."

Police said the baby appeared underweight when they checked on her on May 5, but Gregory Hogarth said it's because Penelope was born four months premature.

Gregory Hogarth said his brother stopped by his house after bonding out of jail and is borrowing his car. He said he didn't believe that Jessica McCreery to be in any danger.

Since the mother and child were reported missing, police said they've received at least one tip about their whereabouts. The tip led investigators to search in an adjacent city, but the two were not found.

Anyone who sees McCreery and her child or knows their whereabouts is asked to call 911 or Altamonte Springs police.

Stay with Local 6 and ClickOrlando.com for updates on this developing story.

John Ambrogne is an executive producer for News 6 and has been with WKMG-TV since 2012. John graduated with a degree in broadcast journalism from Syracuse University and has covered breaking news and major events in Central Florida since 2002.