BOGO! Get 2 sleek drones for the price of 1 with this special deal

‘My mind was spinning:’ Orlando couple warns others after close call with phone scam

ORLANDO, Fla. – Millions of tourists visit Florida every year for a theme park or beach vacation, but a decade ago people were also traveling to the Sunshine State to buy cheap and easy prescription painkillers.

Florida had little to no oversight, and it's a big reason we're in the middle of an opioid crisis 10 years later, according to Seminole County Sheriff Dennis Lemma.

Lemma, who's been tapped by Attorney General Ashley Moody to lead a statewide panel on opioid addiction, joined News 6 anchor Justin Warmoth on "The Weekly on ClickOrlando.com" to discuss the deadly epidemic.

"Florida was home to nearly 850 pill mills across the state and at one time more than 90% of the prescription opioids that were on the street were prescribed from a pharmacy here in the state of Florida," Lemma said. "People would travel down (to Florida) to participate in what was referred to at the time as legalized drug dealing."

More than 1 billion hydrocodone and oxycodone pain pills were shipped to pharmacies in nine counties throughout Central Florida between 2006 and 2012, according to a newly-released federal database. The legal prescription medication delivered to Central Florida was among the 76 billion pain pills that drug companies distributed nationwide during that six-year period.

"When (then) Attorney General Pam Bondi put into effect the prescription pill monitoring system and we locked up the illegal prescribers and educated the legitimate doctors on the damages that this was causing, one of the things we did not do was understand the effects of those tens of thousands of people who were already dependent on opioids and had already become addicted," Lemma said.

Seminole County, the data shows, received an average of 21 million pain pills per year between 2006 and 2012. Lemma said the effects from the lack of oversight linger today.

"In Seminole County alone, one of the most affluent counties in the Central Florida area, we had more than 400 overdoses last year and an unprecedented number of deaths," Lemma said. "To put it in perspective, if you took every person who died as a result from a motor vehicle crash and every person who died at the hands of a firearm, the amount of people who died from an opioid-related overdose was twice as many as both vehicle crashes and guns."

Watch the full interview Sunday at 8 a.m. on News 6 for more information on the opioid crisis and the work being done to curb the deadly trend. 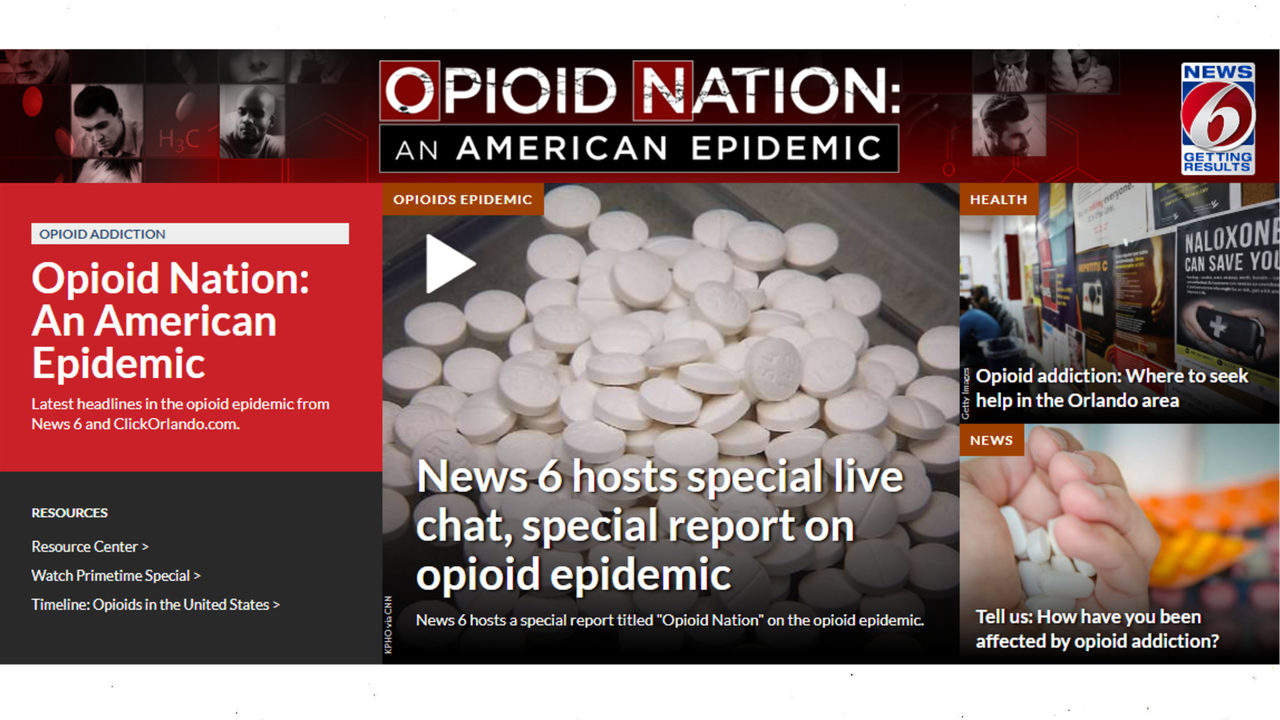 Justin Warmoth joined News 6 in February 2013 as our Brevard County reporter. In March of 2016, after anchoring the weekend mornings since August of 2015, Justin was promoted to weekday morning anchor. You can catch him Monday through Friday mornings from 5-7 a.m. and at noon.