What Florida is doing to improve the state's dirty water situation

The terms blue-green algae and red tide have been plastered across headlines for months with politicians and other Florida leaders sounding off on the state's numerous water issues, but many are asking what is being done to solve these problems.

Several approaches have been taken to combat the state's water woes ranging from executive orders, calls for volunteers and spreading awareness.

However, there isn't a one-size-fits-all solution to the issues hounding the state's aquatic ecosystems. Because the problems vary in their root causes, so must the stances the state takes when developing fixes.

News 6 has broken down the different issues and what's being done to attempt to quell the problems.

Red tide, which has been in bloom along the Gulf Coast since October, has been killing marine life along a 150-mile swath of the western portion of the state. The Karenia brevis microscopic alga bloom that's to blame for the toxic, lethal repercussions of red tide naturally occurs almost every year and is not believed to be caused by manmade pollution, although nutrient pollution can exacerbate the growth once it's already inshore.

While cleaning up beaches and litter is always a good idea and will, of course, benefit the natural landscape, it, unfortunately, won't bring red tide to an end. On Aug. 13, Gov. Rick Scott issued an executive order declaring a state of emergency in Collier, Lee, Charlotte, Sarasota, Manatee,  Hillsborough and Pinellas counties, where red tide has hit the hardest.

The actions of the executive order are as follows: $100,000 in additional funding to Mote Marine Laboratory and Aquarium in Sarasota to study the impacts of red tide and how it negatively affects fish, dolphins, manatees and other species; allocates $500,000 to Visit Florida to establish an emergency grant so local communities can continue to bring in tourists; makes more Florida Fish and Wildlife Conservation Commission employees available to respond to red tide; and allows the Department of Environmental Protection and FWC to continue monitoring water.

These initiatives are in addition to money that's already been invested in red tide research, which amounts to $17.3 million since 2011, according to Scott's office. In Lee County alone, $1.3 million has been allocated to clean up red tide-ridden waterways.

Most of these actions, including waiving restrictions on the removal of dead fish, focus on responding to and monitoring the negative impacts of red tide rather than stopping its spread along the coast. That's because stopping the bloom has proven to be particularly difficult.

Any potential solution would need to eliminate K. brevis and the toxin it produces from the water without further damaging the ecosystem. The widespread nature of red tide also poses a difficulty for scientists who are spearheading the efforts.

Reuters reports that scientists with Mote Marine are testing a process that involves pumping algae-contaminated water into an ozone-treatment system then pumping the treated water back into its original source. Experiments so far have had good results with the water's original chemistry rebounding within 24 hours.

Still, red tide research has a long way to go and some say that stopping it will be impossible since it's naturally occurring so academics should instead focus on finding ways to combat the harmful toxin produced when K. brevis die and protecting vulnerable wildlife. 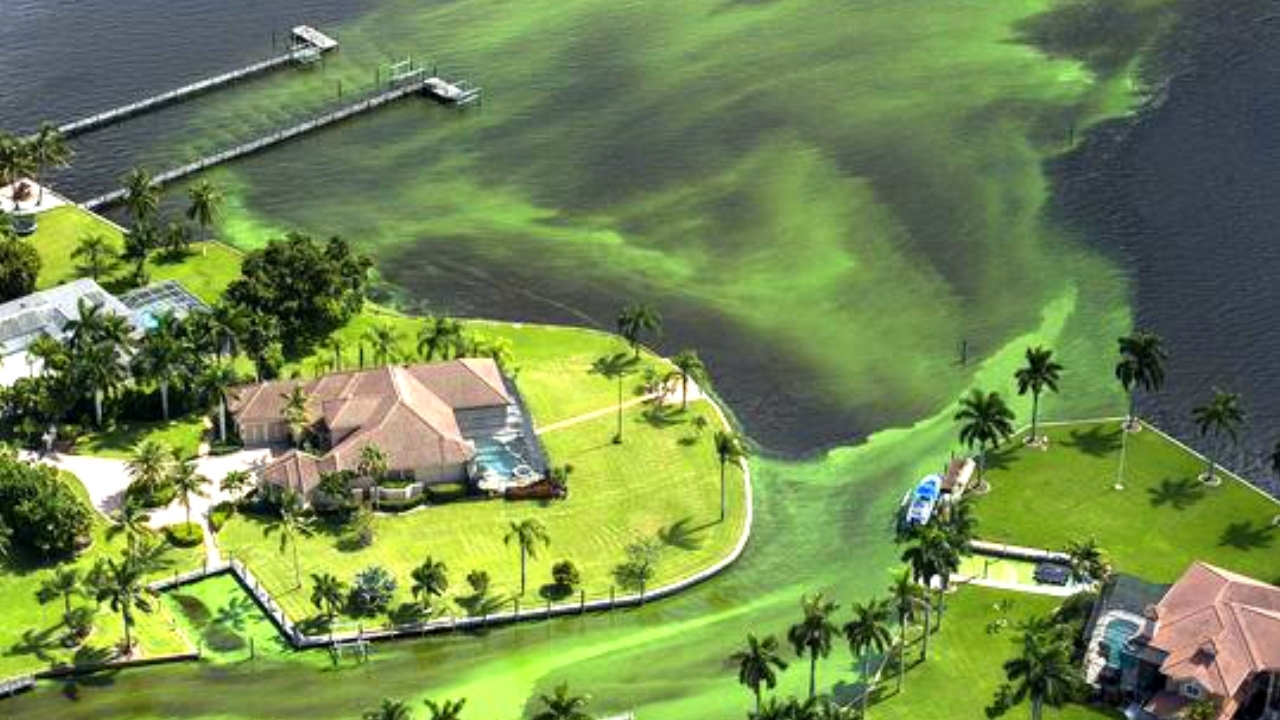 The blue-green algae issue in Florida is just as foul, but not related to red tide. Lake Okeechobee has been glazed with the thick green sludge for months now and as the U.S. Army Corps of Engineers releases discharges from the swollen lake, the bloom has spread to bodies of water to the east and west. Granted, it's important to note that officials haven't pinpointed if Lake Okeechobee releases are to blame for the spread since those other rivers and estuaries could have had blooms on their own.

In July, a state of emergency was declared in Glades, Hendry, Lee, Martin, Okeechobee, Palm Beach and St. Lucie counties as leaders work to combat the blooms in those areas. Scott's executive order declared that more Florida Department of Environmental Protection and FWC personnel be dedicated to testing and sampling water; directed the Department of Health to enhance community outreach to warns of the dangers of algal blooms; directed the Florida Department of Transportation to identify any potential flood control and water direction in the community surrounding Lake Okeechobee; and allows the South Florida Water Management District to identify additional aquatic storage north and south of the lake to reduce inflows and water levels in the lake.

The map below, provided by the Florida Department of Environmental Protection, details algal bloom sampling results across the state.

Scott's executive order does not address identifying or controlling potential pollution into the lake. While water and weather conditions play a role in perpetuating a blue-green algae bloom, so does nutrient pollution -- particularly nitrogen and phosphorus -- that runs off from the land into the water when rain rolls through.

Experts say that it will require long-term and large-scale solutions to beating the blooms. The Everglades Foundation in South Florida is hoping some entity can develop a solution that's both affordable and effective, which is why it's hosting a contest and offering a $10 million prize to anyone who can produce something of that kind.

The Corps and the South Florida Water Management District also have projects in the works that involve capturing massive amounts of rainwater and filtering out the nitrogen and phosphorus before it can seep into waterways.

Those projects are likely decades from completion, but the Environmental Protection Agency has an extensive list of things every Floridian can do -- some as simple as cleaning up a pet's waste -- that can help reduce nutrient pollution that fuels harmful algal blooms. 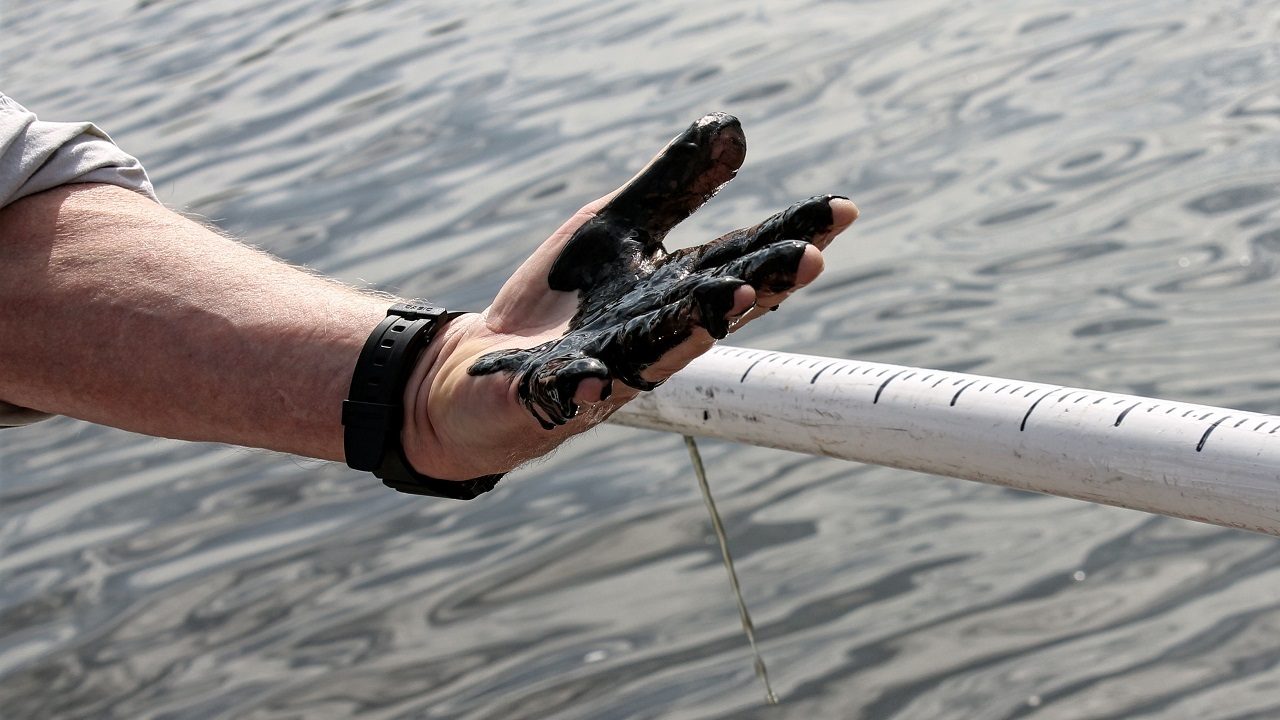 Nitrogen and phosphorus are also two significant culprits when it comes to the pollution mucking up the Indian River Lagoon on the Atlantic Coast. For decades, conditions in the lagoon have gotten worse with many of the estuary's thousands of plant and animal species being threatened by depleting oxygen levels, loss of habitat and other negative impacts of manmade pollution.

Brown tide, fish kills, algae blooms, fungal growths on sea turtles and dolphins and the unexplained deaths of manatees and pelicans are among some of the perils the lagoon has faced as human activity has increased in the area.

Much has been done to improve the health of the lagoon, including pouring millions of dollars into cleanup efforts, but still, the work is nowhere near over since the most recent report shows the estuary is in poor condition.

Concrete legislative action began in 1990 when the Indian River Lagoon Act, which required that sewer plants stop releasing wastewater into the lagoon by 1995, was passed. It was also in 1995 that officials noted seagrass, a vital indicator of the ecosystem's health and an essential habitat for marine organisms, had shrunk to just 100,000 acres of coverage within the 156-mile-long lagoon, according to the Florida Institute of Technology.

More recently, Brevard County residents voted in November 2016 to raise the sales tax a half-penny for 10 years to raise $300 million, or $34 million a year, during that time period. Brevard commissioners in April 2017 approved 42 projects to clean up the lagoon mostly using money from that special sales tax. Muck removal, septic-phase outs and stormwater treatment were among the approved projects, News 6 partner Florida Today reported.

While those projects and the $25.87 million price tag that comes with them may seem like a lot, leaders stress that more funding and resources are needed. Elected officials said in mid-August that lagoon health is a multi-billion dollar problem with The American Society of Civil Engineers estimating that Brevard County needs $3 billion in infrastructure improvements.

For more information on what you can do to improve the condition of Florida's waterways, click here.

Adrienne Cutway joined News 6's digital team in October 2016 to cover breaking news, crime and community interest stories. She graduated from the University of Central Florida and began her journalism career at the Orlando Sentinel.