Salon-quality volume and shine with the Bellezza blowout brush

Within the nine videos released is the first body camera video showing the scene of the Pulse massacre. It shows UCF police rushing to the scene to help Orlando police officers.

Most of the bodycam video at the scene is a UCF Officer only identified as “Holt.”

On the way, officers can be heard discussing the hostage situation on police radio inside the squad car of Officer Holt.

Holt speeds faster to Pulse, ready to take action with a bomb-sniffing K-9. When he arrives, an unidentified officer approaches him, asking him to sweep certain areas by Ragin' Cajun restaurant, and also an area where certain victims who escaped the club are waiting. Before he leaves, the officer warns him to move his car.

He said, "Just so you know, that's the building, and his car he says has a bomb in it. So I don't know if you want your car here."

Shortly after Holt and the bomb-sniffing dog begin a search around the perimeter. He encounters victims, some sitting and hugging, others standing around, but continues with the search.

Meanwhile, Holt and his partner are not sure of the circumstances in the club.

Holt asks, "I assume somebody went in and started shooting in the nightclub?"

The partner replies, "It's not good in there. Yea, it's bad.

Holt then asks, “And he's still inside?

The officer answers, “He's inside barricaded in the bathroom.”

Eventually, Holt moves toward the hospital, we learn more victims are headed there, in all, 49 people were killed, and more than 50 wounded by night's end.

An officer can be heard over police radio saying, "Does ORMC know that there's going to  be more people coming out?

Someone replies. “10-4 ORMC is waiting by with ambulances  to take them to the hospital."

At some points, frightening information is heard over the radio from victims held hostage inside.

An unidentified officer says, "Alright, I'm with someone who's texting  with somebody in the bathroom. The suspect is alive,  he's going to attach 4 vests to 15, sorry to 4 people for 15 to 20 minutes in the different directionals of the Pulse."

Several other times you hear officers say that they are with family members of victims who were still inside and texting. We know that some of those victims who were texting were later killed.

The video ends with Holt searching inside a bar until the sun comes up.

UCF K-9 officers helped sweep the area for bombs, including other Orlando gay nightclubs within hours of when Omar Mateen opened fire at Pulse.

News 6 is in the process of posting the full videos on ClickOrlando.com.

The release of the video comes after the nightclub was broken into overnight, which was turned over to its owners from police and the Florida Department of Law Enforcement hours earlier.

Forty-nine people were killed and 53 were injured in the June 12 shooting at the nightclub.

Check back for more on this story. 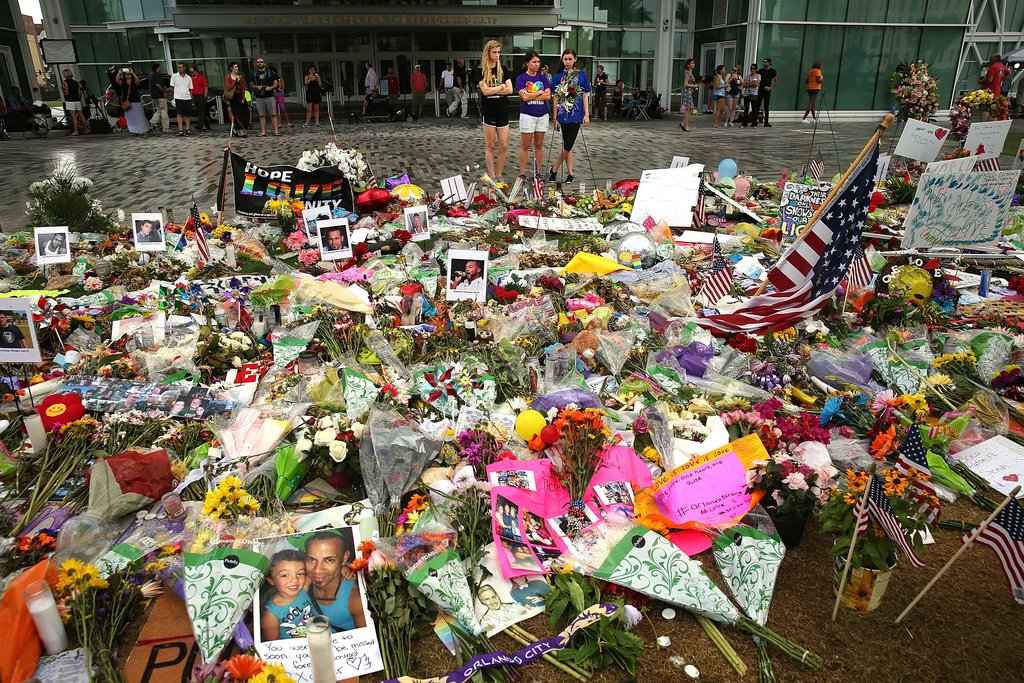