‘This has been an unpredictable year:’ Orlando church helps fill stockings for Angel Tree program

Two 20-year-olds killed in crash on I-95, troopers say

DAYTONA BEACH, Fla. – A man is dead after a large fire broke out Saturday at a home, the Daytona Beach Fire Department said.

The fire happened at a two-story home in the 500 block of Ocean Dunes Road.

A husband, wife and two Dalmatian dogs were inside the home when the fire started. The Daytona Beach Fire Department said the woman was able to get out on her own, but was not able to get her husband out due to him being bedridden.

Firefighters were able to rescue the man by carrying him out. Fire officials said he was taken to a hospital, where he was pronounced dead.

The dogs were not able to exit the home and died, fire officials said.

Firefighters were able to get the fire extinguished after two hours, officials said.

The interior of the home is completely damaged and unlivable, according to the Fire Department, adding that the roof collapsed and nothing is salvageable. 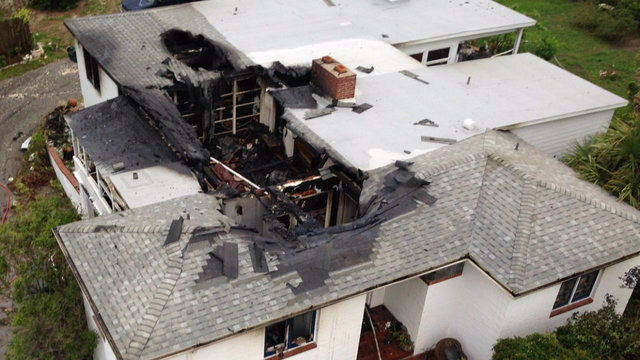 The State Fire Marshal arrived at the scene to conduct an investigation to determine the cause of the fire, as well as where the fire started, fire officials said.