LIVE UPDATES: Protests over death of George Floyd continue across the US

You have the right to protest as an American. Here’s what that means

Deputies search for person of interest in Marion County shooting

SANFORD, Fla. – Sanford police are looking for two men accused of stabbing the manager of a Sanford restaurant Sunday morning during an attempted armed robbery.

Officers said they were called to Wolfy's Bar and Grill on North Palmetto Avenue at 7:19 a.m. after the manager of the restaurant was stabbed.

"Everybody knows who he is 'cause he's been around for so long. He's just a precious man," Ronnie LaRue, a regular at the bar, said.

The manager, Larry Picardat, told police that he was sitting at his desk next to the safe while preparing for the restaurant to open at 10 a.m. when someone put a gun to his head and said, "Give me all your money."

Picardat said he thought someone was pulling a prank on him so he replied, "I don't have any money," but then the man repeated himself and Picardat realized it was not a joke, the report said.

Police said as the victim was trying to wrestle the gun away from one man, there was another man behind him trying to stab him with a knife.

Picardat took the gun from the man and pointed it at him, telling him, "I don't want to have to shoot you (expletives)," the report said.

The victim pulled the trigger, but when the gun did not fire he redirected his attention to the man with the knife, police said.

One man said to the other, "Did you get it?" and when the other man said, "Yeah" they both left the restaurant in an unknown direction, police said. It's unclear what they took, if anything.

Picardat was stabbed 10 times during the struggle: three times near his neck, six times in his midsection and once in the right leg, police said.

"To hear that happened to him, it's not right. He's such a great man," LaRue said.

The manager was taken to Central Florida Regional Hospital, where he underwent surgery, officers said.

Police said Sunday night they're looking for a white man with dark hair and a black, heavyset man in connection with the incident.

“What’s important is we want to make sure that the citizens understand that we do need their help," Sanford Police spokesman Ronny Neal said. "We have two people that committed a heinous crime, a horrible crime within our city, and we're looking to bring them to justice.”

He said police are also looking into a vehicle of interest, which is described as a 2015-16 dark red Honda CRV (pictured below) that has a right rear tire that's missing a hubcap. 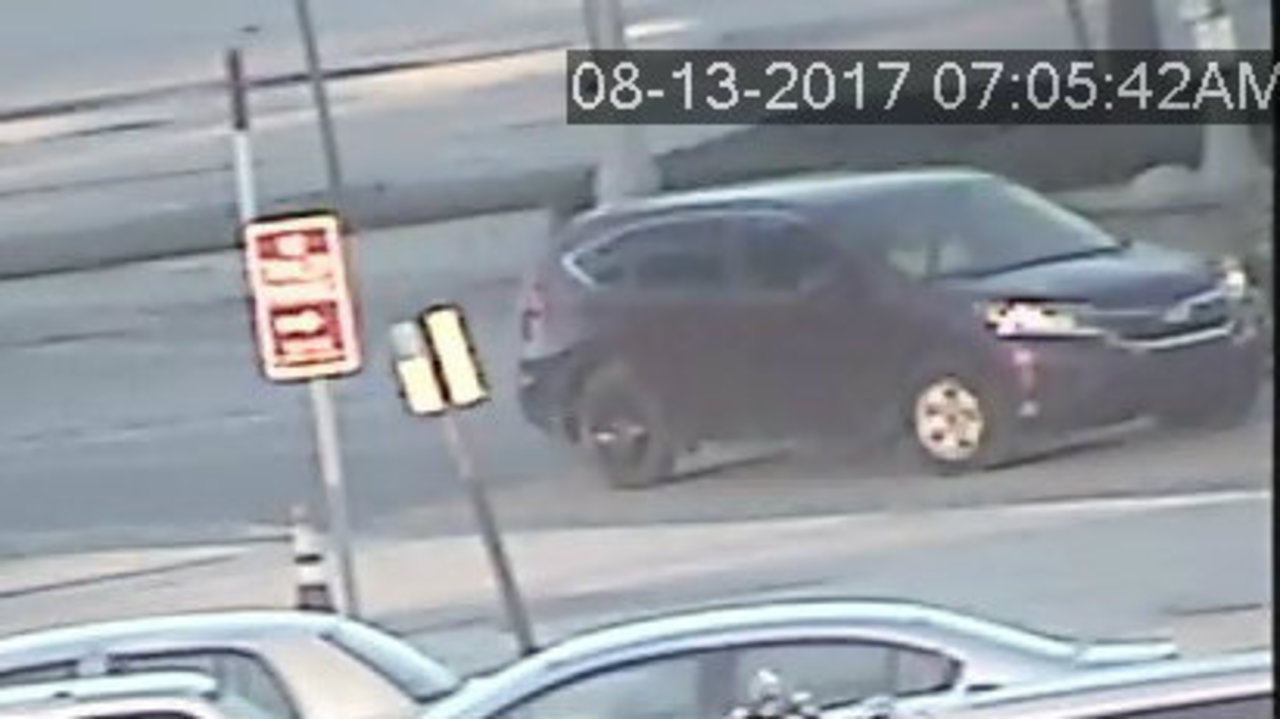 Officials said the manager was faced with a difficult choice to make on whether to comply with the men's orders during the incident.

“One of the things that’s important, again, sometimes when you have situations like that, it’s best to go ahead and just cooperate, but we’ll be getting some more information about that,” Neal said.

Anyone with information about the incident is asked to call Crimeline at 800-423-8477.