Should Orlando school named for Confederate general change its name?

Officer Matthew Baxter and Sgt. Richard "Sam" Howard were responding to a call in the area of Palmway and Cypress streets that is known for drug activity when they were shot, police said.

Both men were taken to Osceola Regional Medical Center where Baxter died shortly after. Howard remained in "critical grave condition" until Saturday afternoon, when he died as a result of his injuries, O'Dell said.

Procession for Officer Baxter in front of @kissimmeepolice as his body is moved to funeral home across the street. pic.twitter.com/WR8eMsJ0Hg 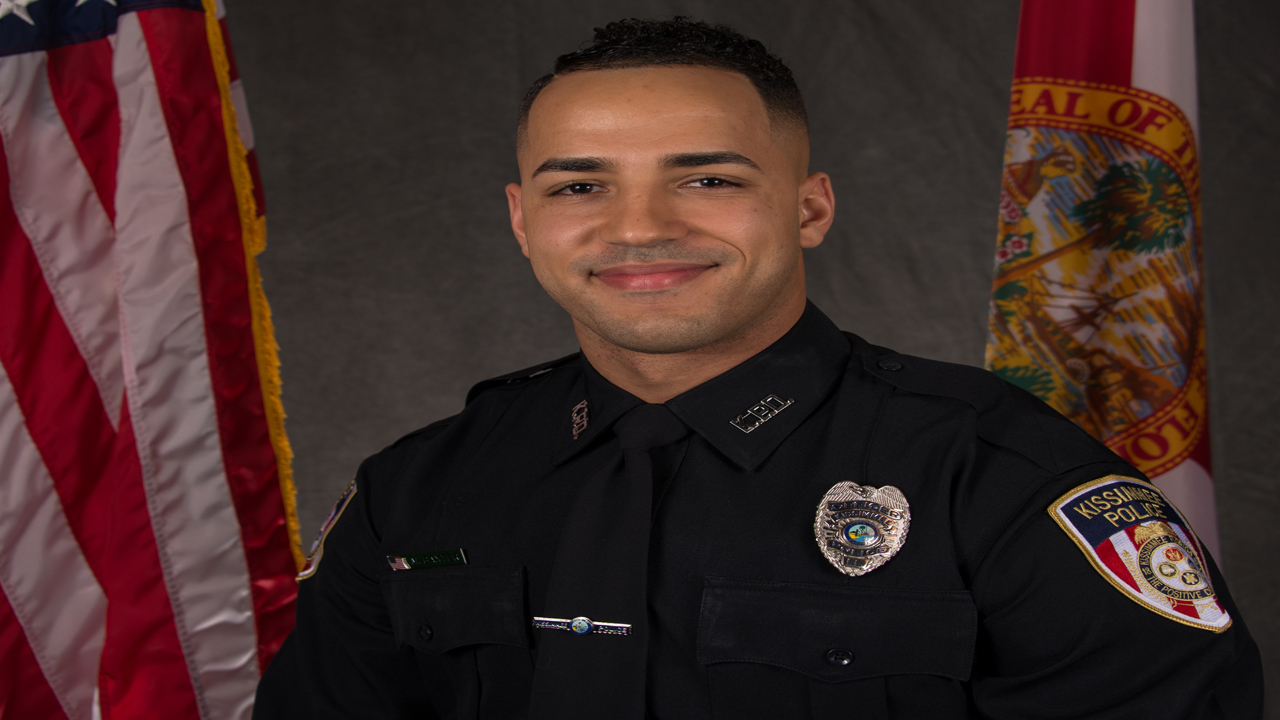 Baxter leaves behind his wife, who also is an officer with the Kissimmee Police Department, and four children, O'Dell said.

"I feel so lost at this time," said Stephanie Santiago, the mother of Baxter's 1-year-old daughter. "I don't know what to do. I don't know how to raise my daughter by myself without him. It's really hard."

"It's just shocking to see that this happens," said David Morales, who owns Hatfield's Bar & Grill.

Morales ran into both officers a little more than a week ago as they were doing a routine patrol of the community. "It's a tragedy, it hits the community hard. It hits everybody to the heart. It's hard."

The 27-year-old officer had been with the Police Department for three years.

Baxter was the first Kissimmee Police Department officer to be killed in the line of duty in more than 25 years, O'Dell said Saturday morning.

O'Dell said Baxter was a member of Sgt. Howard's squad. He called both men the "epitome of what you ask for in law enforcement officers."

Howard, the 36-year-old sergeant left gravely injured for hours after the shooting, had been with the Kissimmee Police Department for 10 years before he died, O'Dell said.

Police said Howard was married and had one child.

Howard remained in "critical grave condition" Saturday morning and there was "not much hope" that he would survive his injuries, O'Dell said before officers announced his passing just before 3 p.m.

The police chief said his officers were having a tough time coping with the loss of the fellow officers and that the department would be mourning throughout the coming days.

Officers said Saturday that the man accused of fatally shooting Baxter had been arrested and charged with first-degree murder. Police said Everett Glenn Miller, 45, would be transported to jail wearing Baxter's set of handcuffs.

Flags were lowered Saturday and a memorial was growing outside the Police Department in honor of the officers.

National and state leaders expressed their condolences on Twitter.

My thoughts and prayers are with the @KissimmeePolice and their loved ones. We are with you!#LESM

.@POTUS & I stand w/ the men & women of law enforcement without apology & always will. They are heroes & our prayers are w/ @kissimmeepolice https://t.co/9QhhLKkA5G

Our prayers are w/ @kissimmeepolice officers, friends & families. Our hearts are heavy w/ this incredible loss.

Stay with News 6 and ClickOrlando.com for more on this story.

It has been an absolute pleasure for Clay LePard living and working in Orlando since he joined News 6 in July 2017. Previously, Clay worked at WNEP TV in Scranton, Pennsylvania, where he brought viewers along to witness everything from unprecedented access to the Tobyhanna Army Depot to an interview with convicted double-murderer Hugo Selenski.