POLK CITY, Fla. – Deputies are looking for multiple people after one man was found dead in a Polk County home Wednesday and another man was found injured, the Sheriff's Office said.

Authorities said deputies found 68-year-old William Reiss dead inside the home on Berkley Road in Polk City around 1:45 p.m. after Kenneth Maier, 57, who was injured, flagged down bystanders for help.

Deputies said Maier had "obvious injuries" and that he was taken to a nearby hospital to be treated.

Before being hospitalized, Maier told investigators that Reiss' body was inside the home and that his pickup truck was missing from the driveway, deputies said.

During their investigation, detectives learned that Reiss collected firearms and that up to 31 guns, including long guns and pistols, were missing from the home, according to the Sheriff's Office.

Investigators are working to locate both vehicles and the stolen firearms.

handicapped tag and Florida license plate Z2SKD. The truck has shiny rims and wooden fence rails on its back end that look similar to siding, deputies said.

We have an unknown amount of suspects on the loose with up to 31 stolen firearms," Sheriff Grady Judd said. 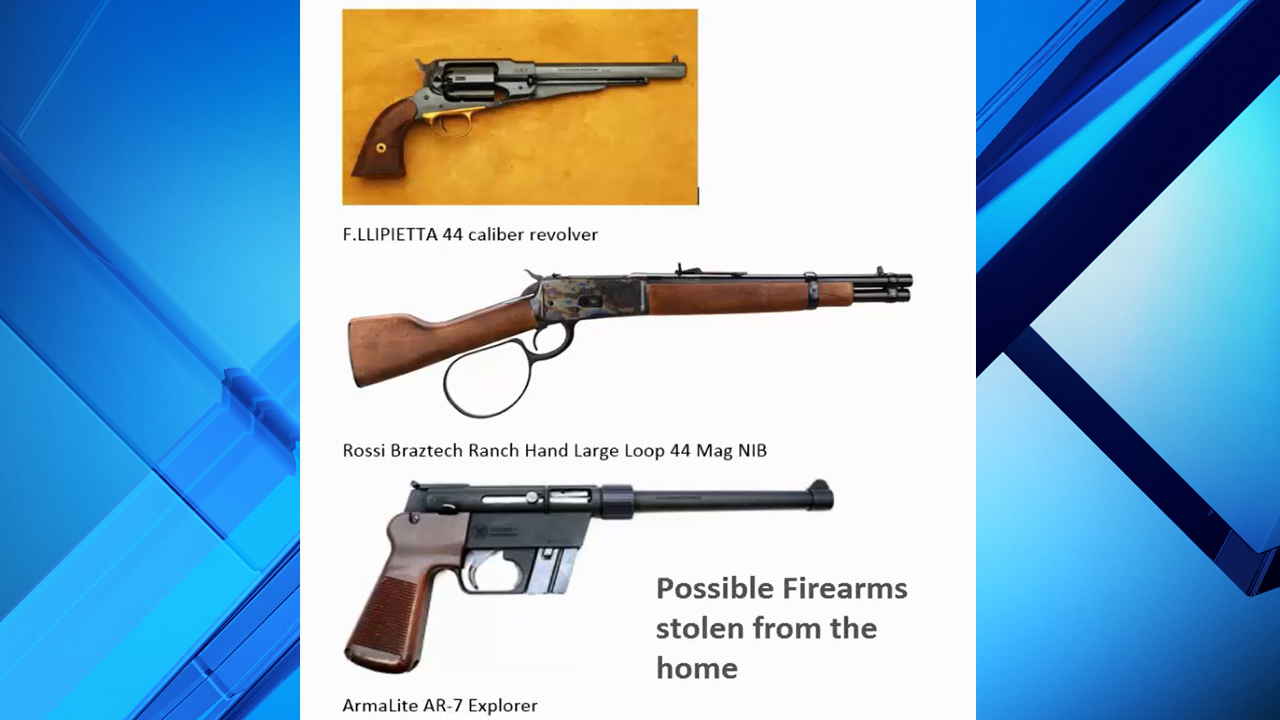 Authorities said some of the firearms look unusual and should be easily identifiable.

Deputies warned residents not to approach the suspects, as they're considered to be armed and dangerous.

"They are dangerous and capable of murder," Judd said. "Crime Stoppers is offering a $3,000 reward for information about these suspects. We need to find them before they hurt anyone else."

No other details about Reiss' death were released.

Deputies asked anyone with information on the whereabouts of the vehicles or about Reiss' death to call the Sheriff's Office at 863-298-6200 or submit an anonymous through Heartland Crime Stoppers at 1-800-226-TIPS.