This AR globe for kids is fun, enriching, and on sale for 25% off

Save over $400 off this foldable electric bike with this deal

If you like warm weather, you’ll love this forecast

ORLANDO, Fla. – A monster gator was found Monday morning in the backyard of an Orlando home.

The 11-foot 3-inch alligator was spotted at a home on Lake Richmond Drive near Bruton Boulevard and L.B. McLeod Road in the Richmond Heights neighborhood.

A trapper captured and killed the gator, which neighbors said had been eating ducks in the neighborhood.

Residents said the giant gator was causing fear in the neighborhood so they requested that it be trapped.

"My daughter and I sat on the porch last week and watched him eat a duck in the middle of the lake, so I know he's around here trying to find food so that's what he's doing," resident Annie Ferguson said. "I'm glad they caught him. You know, I hate that he has to go but he's a big (gator) out here in this little lake."

Locals said they regularly see alligators in the lake so it's unlikely that the capture on Monday will be the last.

"This is the second one. I came over here and saw the first one. He was a 14-footer," resident Linda Maye said. "Oh, my God, that's scary in a lake like this. This lake is not that large and in this neighborhood with kids, you know, he's eaten dogs before and ducks and stuff. Something needs to be done."

Gators that measure 4 feet or longer cannot be relocated, according to a trapper who cited Florida Fish and Wildlife Conservation Commission rules.

No injuries were reported. 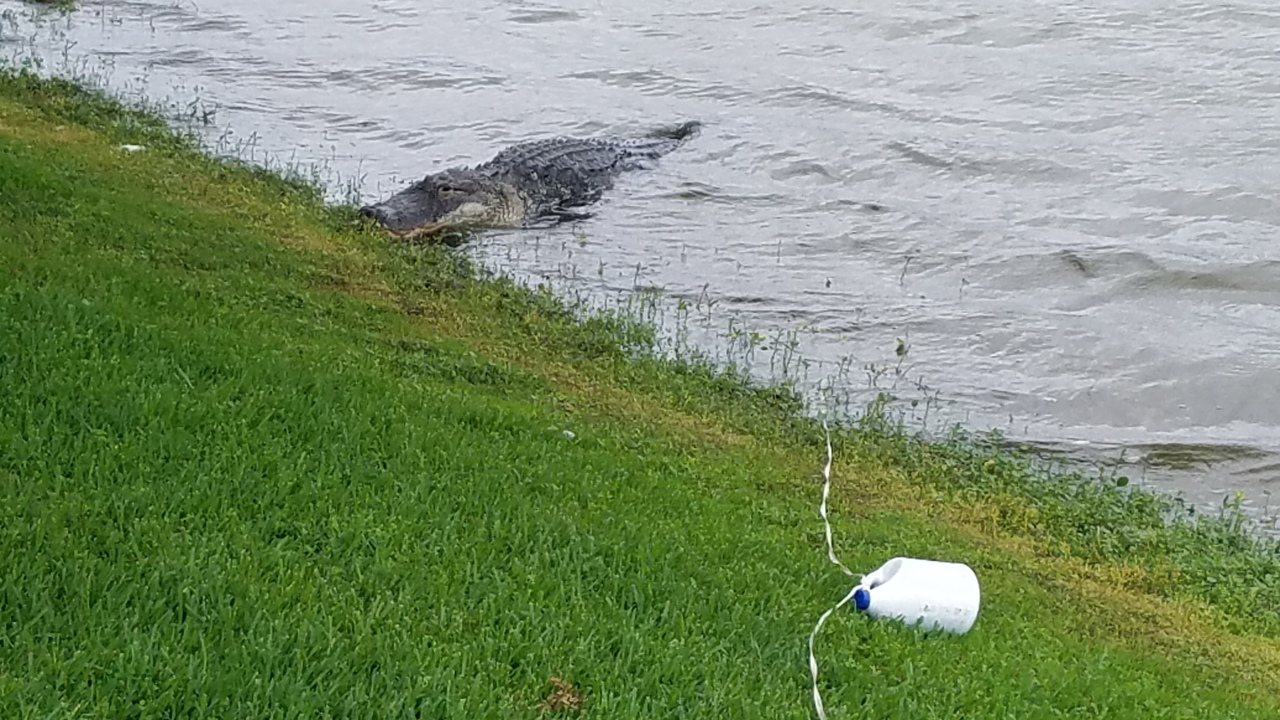 The FWC uses the term bull gator for alligators over 9 feet long and each year, the agency conducts surveys to see how many bull gators are living in each lake.

[MAP BELOW: Find where monster gators exist in Orlando area]

According to the FWC's 2015 survey data, an area of Stick Marsh in northwest Indian River County had the most bull gators. Out of 206 gators counted in one trip, 139 -- or 68 percent -- were over 9 feet long. On another survey trip by the FWC, 276 gators were counted and 76 of them were bull gators.

The lake that had the most gators overall was Lake George, located on the St. Johns River. In one survey, FWC counted 2,322 gators, 26 of which were bull gators. At another survey, 2,016 were counted there with 43 bull gators.

Lake Kissimmee came in second for the most gators, with 1,935 counted and 170 bull gators.

Watch News 6 and stay with ClickOrlando.com for updates.