ORLANDO, Fla. – With Walt Disney World's 50th coming up in three years, Disney finally is moving forward with a new string of projects big and small.

As Walt Disney World marks its 47th birthday and Epcot marks its 36th, News 6 is counting down with: 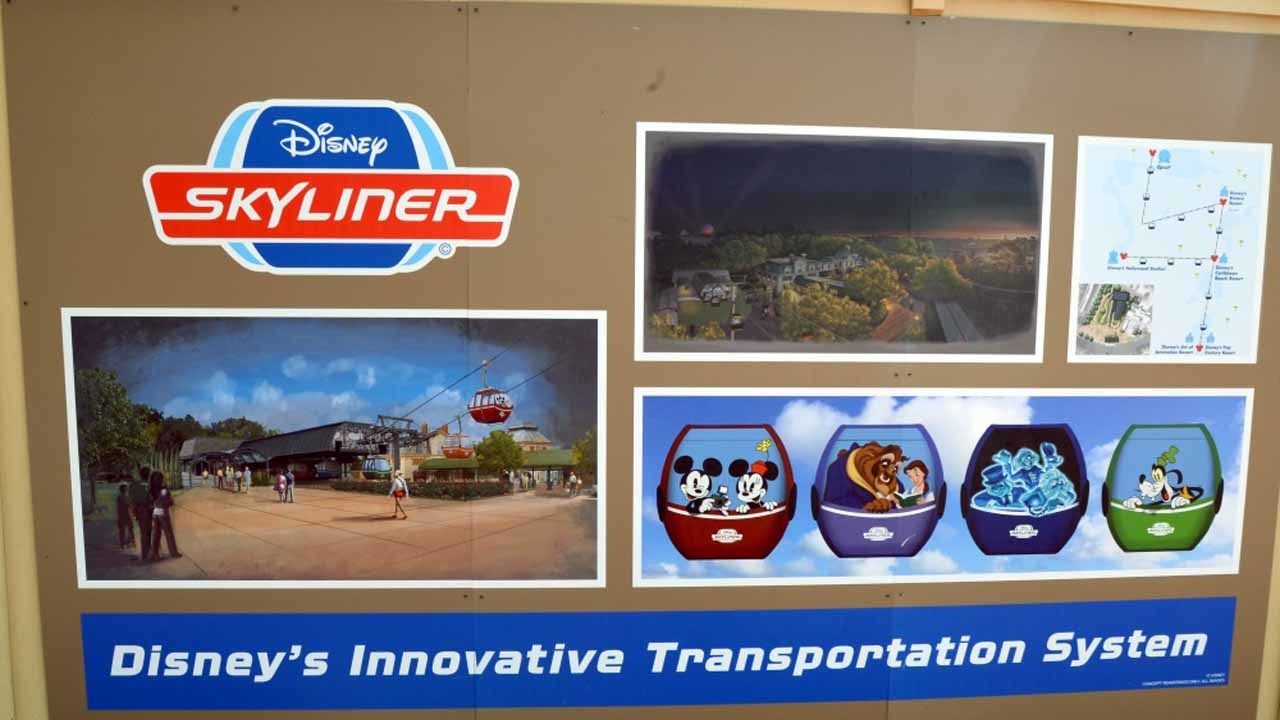 Finally, Disney is starting to implement long-simmering, long-debated plans on how to improve transportation at the resort. Amid rumblings true and false of self-driving cars, light rail and new boat canals, the first actual new alternative to the bus fleet is well under construction. Nearly identical to the

kinds of systems used for ski lifts and mountain transportation, the Disney Skyliner system is a next-gen throwback to the old Skyway ride between Tomorrowland and Fantasyland that closed in 1999.

Opening a mere 20 years later, the Skyliner will connect Epcot, Hollywood Studios, the Caribbean Beach Resort, the new Riviera Resort (under construction) and Pop Century/Art of Animation. Insiders expect the first cables to be strung before the holidays, with early tests following soon.

While I think it is a genius idea and a great first step, I wish Disney had a way of beautifying and/or disguising the towers needed. I also thoroughly expect room rates to rise at the included resorts. 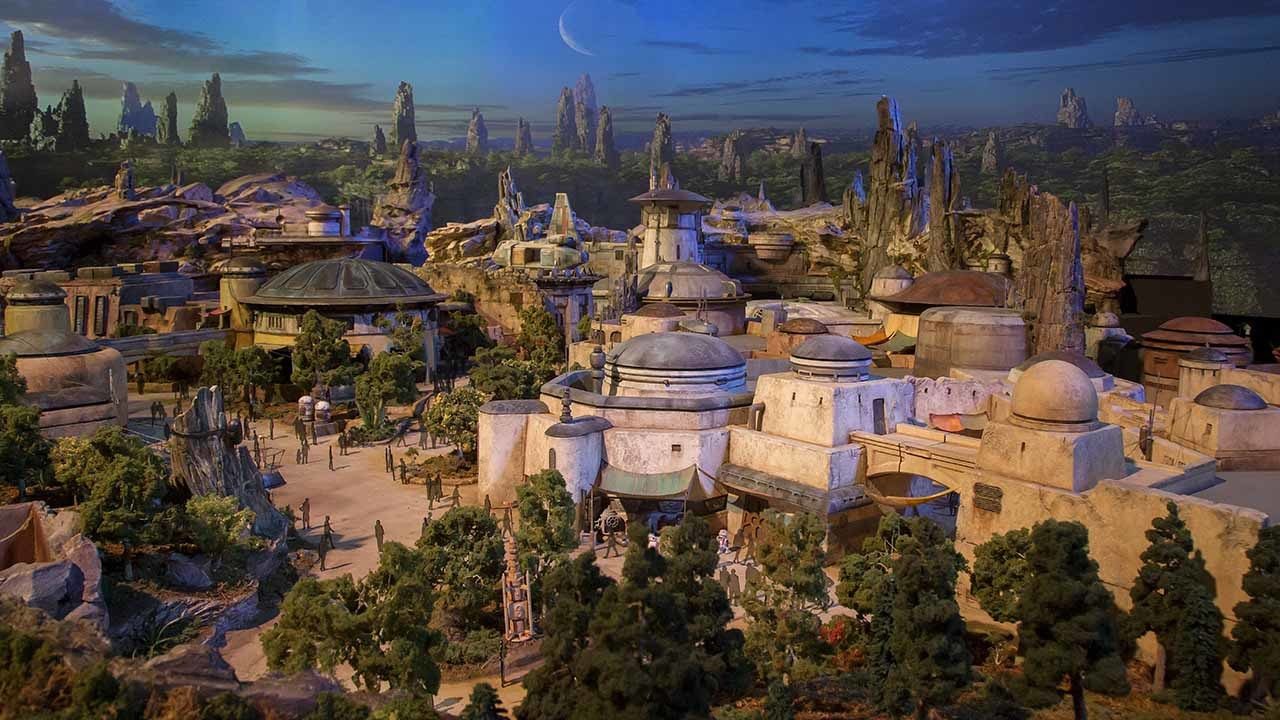 This is one reason Disney wants the Skyliner up and running ASAP. The long-awaited "Star Wars: Galaxy's Edge" is entering the final stages of construction at Disneyland and is making visible, regular progress at Disney's Hollywood Studios.

The crowds are going to be out of this world. While Disney calls it the largest land ever built, keep in mind quite a lot of that square footage is for the show buildings for the two groundbreaking headliner rides: "Big Bird" and "Alcatraz."

OK. Those are code names for a simulator ride putting you and a team of five others in the cockpit of the Millennium Falcon, and a ride that sees you having to escape from a battle between the First Order and the Resistance. We already know it will feature two life-sized AT-ATs.

The rest of the land itself promises roving droids, aliens, unique shops, a cantina and a restaurant. The Force is strong with this expansion, even if the real world is dialing back some of what the design team dreamed. 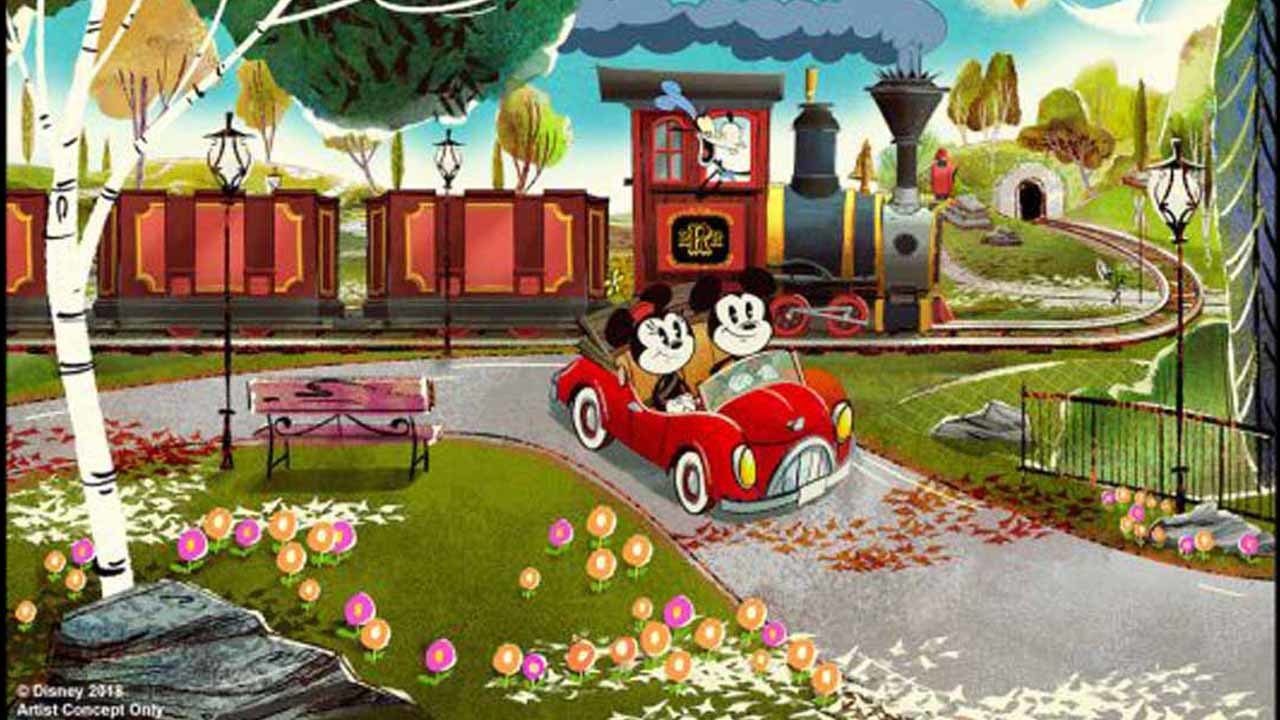 Right ride, wrong location. That's what you'll hear many passionate Disney fans say about this replacement for "The Great Movie Ride" at Hollywood Studios. I get the nostalgia for that animatronic-laden adventure (even if it was the "GREAT MOVIE ride," not the "GREAT movie RIDE").

It deserved a rehab and an upgrade, but that's not happening.

I have had multiple people working on the replacement project and others in the know tell me "Mickey & Minnie's Runaway Railway" is going to be an absolute delight. Some say it could become the park's sleeper hit and more highly rated than the rides of "Star Wars Land." Like "Alcatraz," "Railway" will rely on ride vehicles that don't use a track and are computer-controlled. This one will put you inside a cartoon world: no 3D glasses required. 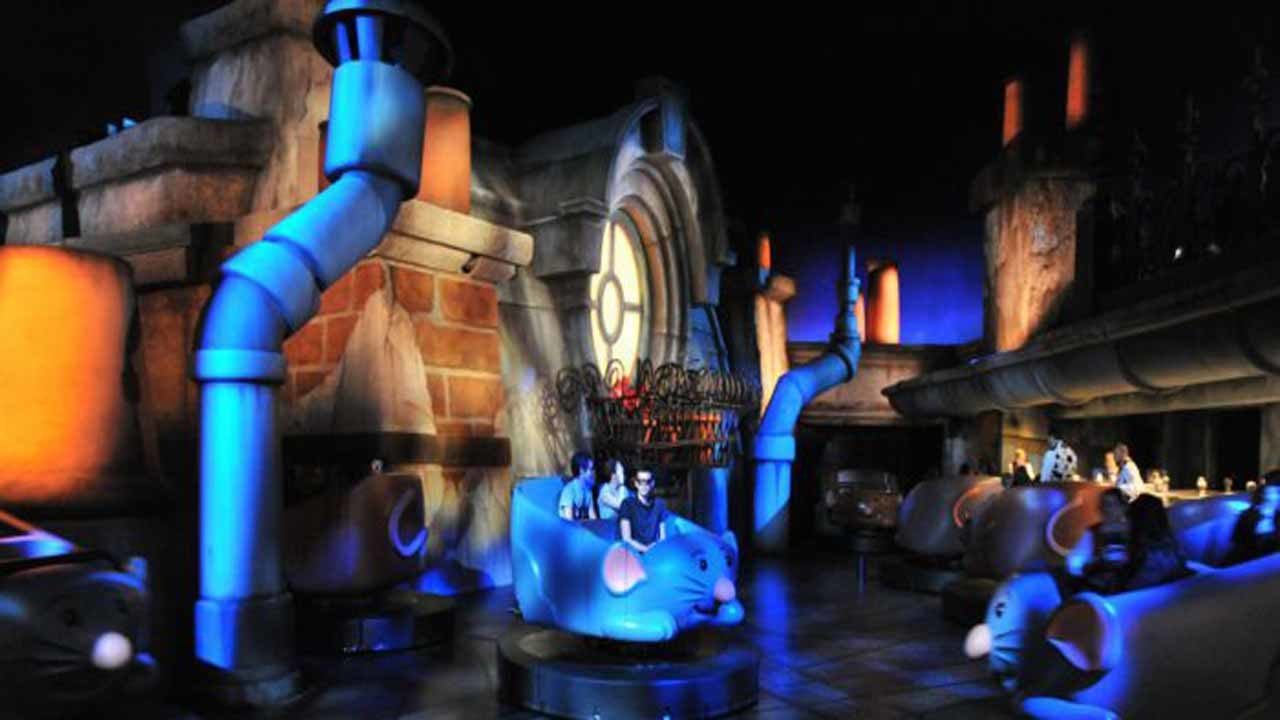 This is a virtual clone of "Ratatouille: L'Aventure Totalement Toquée de Rémy." That "Spider-Man"-like ride opened at Walt Disney Studios theme park in Paris in 2014. It also features trackless cars through moving sets, and will require 3D glasses.

While many fans have seen this as a "no-brainer" addition to Epcot's France pavilion, this fun ride was never ever planned to come here, until suddenly it was. Sort of like Universal's "Transformers" ride, but this one is taking much longer to build. The ride will also bring some other enhancements to the existing "France Showcase."

Feel the flow. See it go: The first Future World pavilion to be completed is now thoroughly gutted like it's 1981 again. "Universe of Energy" and its version 2.0, "Ellen's Energy Adventure," were love it or hate it attractions for some, a great place for a 45 minute air-conditioned nap to others. No matter the good and bad, they fit the EPCOT Center mission.

I loved "Guardians of the Galaxy" and liked "Volume 2," but I am skeptical how and why this ride fits in Future World. No one who has been to Epcot in the past several months could miss the enormous new gravity building for the heart of this "roller coaster in the dark." It makes many of the Future World buildings look small (buildings Roy E. Disney described as "pharonic"). Still, the "Guardians" ride "Mission: Breakout" in California Adventure gets rave reviews, so I'll give it a fair shot. I have no doubt it will be fun. I also have no doubt the budget dwarfs most lottery jackpots. 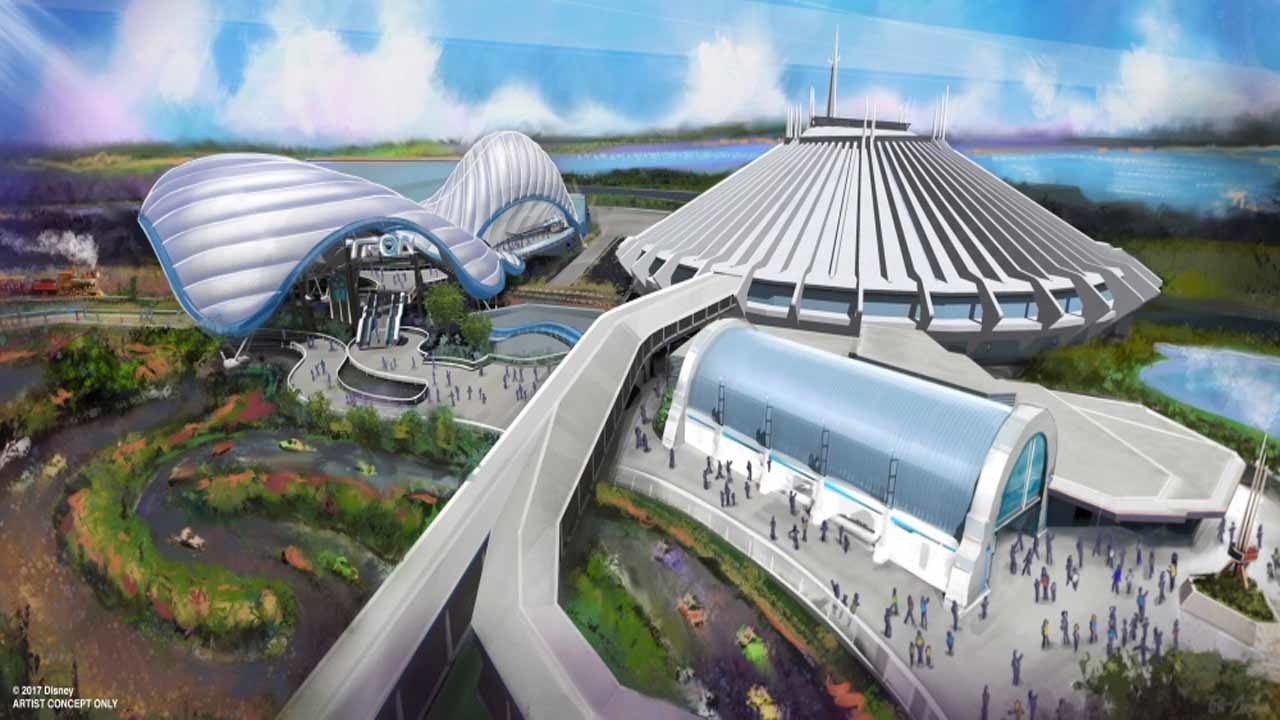 Speaking of roller coasters in the dark that take many years  and much money to build, TRON is one of the smash hits of the new Shanghai Disneyland. Whether you love the movies, hate the movies or have never heard of them, the ride is gorgeous eye candy that puts you in your own "Lightcycle" (computer motorcycle) to travel through "the grid" for a little over one minute of ride time. I could explain the story more, but it honestly doesn't matter. This ride, meant to be Shanghai's "Space Mountain," is already under construction next to the original "Space Mountain." 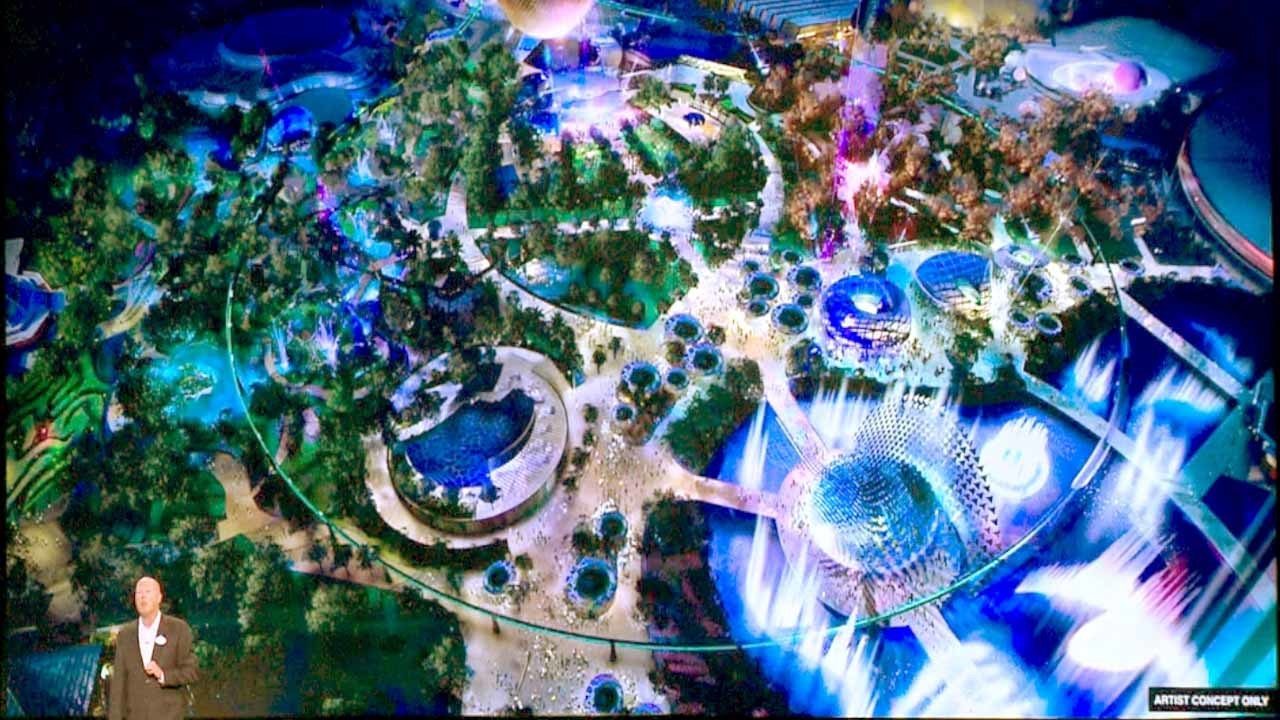 Plans to update the heart of Epcot's Future World, from the entrance to the "Fountain of Nations" are in the works, but aren't settled.

What is (mostly) settled is the new space-themed restaurant that just started construction behind "Mission: Space," expanding the footprint of a never-used and never-finished corporate lounge.  It promises "out of this world" dining (and prices) courtesy of the Patina Group, which already operates Via Napoli and Tutto Italia at Epcot and Morimoto Asia and Maria & Enzo’s Ristorante at Disney Springs. Think the Coral Reef Restaurant at Living Seas, but staring at space instead of fish. 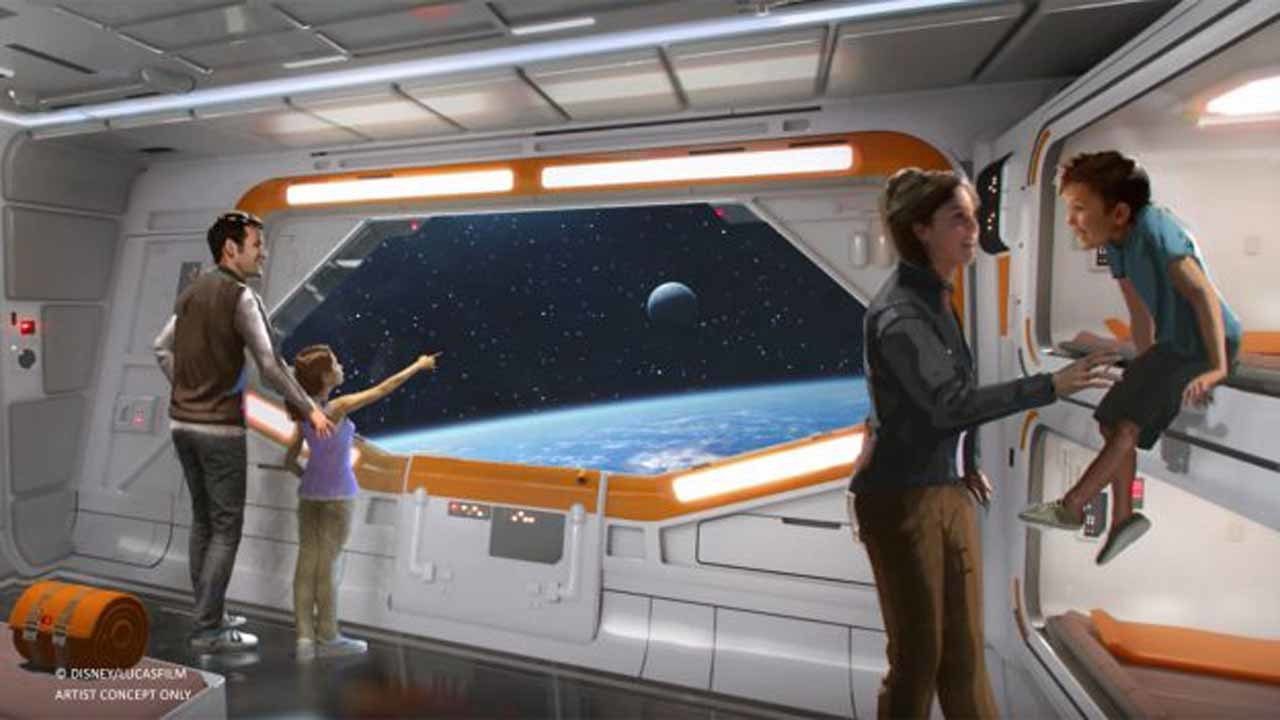 The space restaurant is also a proving ground for some of the tech Disney plans to use to bring a Star Wars Resort next to Disney's Hollywood Studios. Land-clearing is already underway across the main entrance road from "Star Wars: Galaxy's Edge." Disney has provided a couple of pieces of concept art, but I'm told it's going to be kind of like a cruise ship on land, with role-playing, aliens and droids. You're going to need some serious galactic credits for this one.

I do know plans for a Brazil pavilion have been worked and reworked, and many people expected an announcement at the D23 Convention in July 2017. I also know there was and is still no announcement. I also know EPCOT Center promised Israel, Spain and equatorial Africa were definitely coming soon. There were even films shot for Africa before those plans got scrapped at the last minute. We will see what happens, but there is enough smoke in the right direction to tell me there is fire coming. It may be Brazil, it may be a rumored small-scale "Mary Poppins" ride in the UK, but "Ratatouille" is not the only change coming. A planned update to China's "CircleVision 360 Degree Movie" will make the image seamless for the first time. 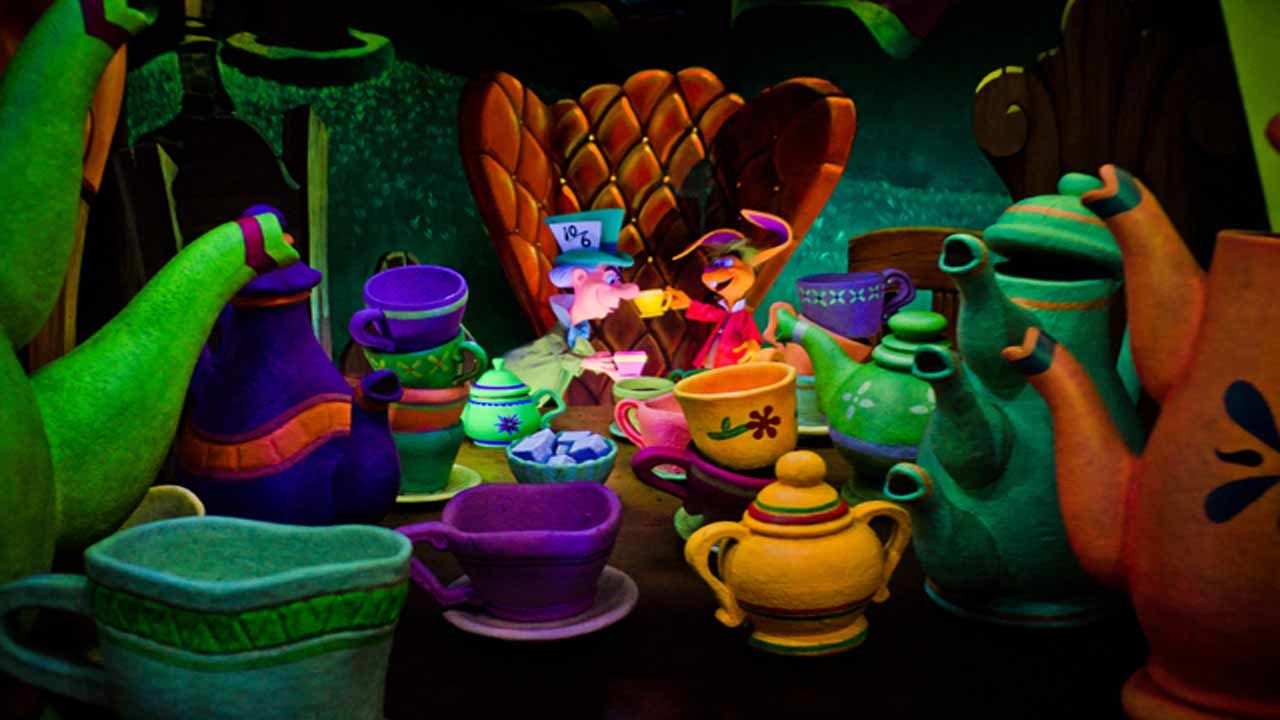 When Disneyland marked its 50th anniversary, an enormous effort was put into polishing up the place. Nearly every classic ride saw upgrades before or shortly after that anniversary. For some idea of the changes, search for videos of Disneyland's refreshed "Peter Pan's Flight," "Alice in Wonderland" ride and the dynamite finale to California's "Thunder Mountain."

Look for similar, if smaller-scale, upgrades to some of your Magic Kingdom favorites. Hey, maybe we can do better than the tinfoil volcano from the 1971 version of "Pan."