Here's what you can expect at Universal's Mardi Gras

Find out how you could get to ride on a float

ORLANDO, Fla. – The streets are ready, and the beads are being thrown by the handfuls. Mardi Gras is heading even further south to Orlando for the biggest party of the year.

The 2019 annual event has officially kicked off. News 6 producer Landon McReynolds and reporter Ezzy Castro stepped through the French courtyard for a look at what you can expect.

The French Quarter Courtyard is open.

Way down in Louisiana the food is nice, and it’s coming with some spice. The Cajun flavor is ready for your taste buds. When guests enter the French Courtyard, they can get their fill of a number of dishes -- Twisted Tators with a Cajun zest, fried catfish or shrimp and sausage po boys, gator bites, and a side of slaw, and kettle chips.

“The new ones that are my favorite are the gator bites and Crab Etouffee—it’s awesome,” says Mardi Gras show director Blake Braswell said.

The courtyard is open any time after 4 p.m. during the event. It’s located right across from the Mummy and the Transformers ride. “I lived near the Louisiana border in Southeast Texas, and Gumbo was a huge deal up there. When I got a taste of Universal's shrimp Gumbo, it took me back to my Cajun days,” Castro said.

Each food item price ranges between $4 to $7.

“Universal really treated us, giving the opportunity to try a lot of good food. After a while, it all kind of gives the same kick. If you try anything, get the shrimp gumbo and the jambalaya. Delicious,”  McReynolds said.

While sitting and eating the food, get a lesson in real New Orleans music. The park is bringing signature sounds in with performances by real Louisiana jazz, blues and zydeco bands. 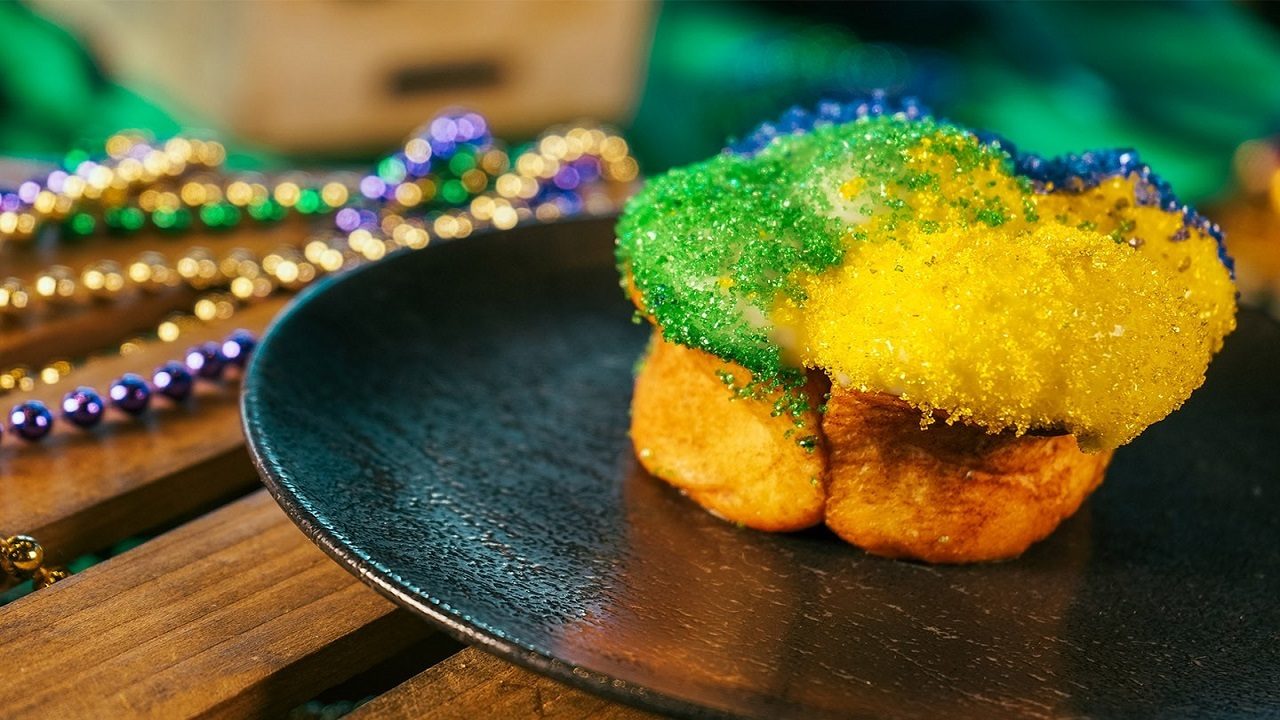 Don’t leave the courtyard without satisfying that sweet tooth.

Back again this year -- Beignets, king cakes and even some savory signature drinks.

“You don’t have to go far – the beignets, and king cake are all under one tent. The drink stand is right across from this tent,” McReynolds said.

Casto said the decadent desserts were also one of her favorite things about the celebration.

“Something I looked forward to were the beignets. Not only did I have one or two, I had three. I highly recommend grabbing a beignet during your Mardi Gras adventure,” Castro said.

Like other events including Halloween Horror Nights, which runs in the fall, Universal is bringing in frozen specialty drinks. You can try three different flavors:  wild berry, green coconut, or lemonade, all of which are non-alcoholic.

There's also a number of mixed drinks that do include alcohol. “There are a bunch of craft beers from Louisiana. What’s nice to is, with the food and the beers, they’re doing tasting sizes,” Braswell said.

There are also a variety of special cocktails for you to enjoy. New this year, a mimosa bar at Café La Bamba.

Located right across from the Universal’s Horror makeup show, and Mel’s Drive-In, stop by for a lineup of exciting drinks like caramel apple, mojito mint, raspberry rosemary, orange mango and more. For those whowant the same festive-feel without the hangover, get your hands on the Bayou bog water.

This green drink is a mix of lemon and ginger ale. It’s mixed with blueberry boba beads, and gummy worms and fish.

“Not going to lie, I may have had three tastings of this, but Ezzy was not a fan” McReynolds said.

Also new this year is the Bayou Boil. Yes, you read that correctly. It’s you and a plate full of food. On select nights, this separate-ticketed event will let guests chow down on crawfish, shrimp, potatoes and corn-on-the-cob. Along with the ticket, you also get prime seating for the nightly parade. As you’re grabbing a ton of beads, you will also be treated to king cake, beignets and sparkling wine.

The Bayou boil is available on select nights in February and March. Tickets start at $59.99 and can be bought online, or near the front of the park next to the Universal Studios store.

“For those of you that want the full experience, get the tasting lanyard,” McReynolds said.

Tasting Lanyards are available for purchase inside or near the courtyard entrance. Several booths are setup for you to purchase a lanyard or add more money. If you are coming back more than once, you can bring back the lanyard and use it on all nights of Mardi Gras.

“Universal gave us a lanyard to try five dishes. Honestly, this was the perfect amount. Something worth mentioning, not all food can be bought with the lanyard. Certain foods, like the Twisted Tators, did not fall under the deal. Foods included in this deal have to have a universal emblem next it on the menu boards,” McReynolds said.

After getting your fill of N’awlins style food and drinks, get ready – the next big event of your evening is stepping off. Universal’s Mardi Gras parade is about to begin. New this year, the park welcomes in some new themed parade floats. Each one is designed by Kern Studios, the same company that has made and designed the floats in New Orleans since 1947. The new floats feature characters and themes from the Artic, Ocean, Sky, Jungle, and of course the Swamp.

The parade brought back some of the older classic floats -- like a giant alligator at the end.

“Your feet will be dancing away. The music in this parade, and the energy makes this a fun experience,” McReynolds said.

While you’re standing there, get those hands up since the beads will be flying.

“Best spots to view the parade are along the Hollywood sunset strip near Mel’s Drive-In, and the Hollywood Makeup show. Confetti rains down at select times. If you pick the perfect spot, you may get to see the beginning of the parade twice – that means twice the beads,” McReynolds said.

Riding on a Float:

Want to take your experience to the next level? Universal is giving a select number of guests the opportunity to be on a float. You will be tossing out dozens and dozens of beads to the crowds.

“All sorts of colors, and you can't have enough of them. Landon and I got to experience a true New Orleans honor," Castro said.

Before we step into this opportunity, there are some restrictions to getting on a float.  Universal gives annual passholders the opportunity to sign up to be on the floats first, but sometimes spots become available. “

You’re likely to have a better opportunity to get onto a float on nights that do not have concerts,” McReynolds said.

If you would like an opportunity, and are not a passmember, a stand-by line will be setup near Barney’s Backyard play area. If you’re lucky, you could get in if spots become available. Universal stresses no spot is guaranteed. McReynolds and Castro got a chance to be on the float. Take a look:

We are at Universal Orlando for Mardi Gras Media Day!!!! Yes, we are on a float throwing beads!

The Mardi Gras Parade runs every night through April.

After the parade comes to a close, the party is only half way over. On select weekend nights, Universal is bringing in some of the biggest names in music. It all takes place at the Universal Music Plaza stage next to Hollywood RipRide Rockit Roller Coaster.

Several acts have already passed since the event started, but there is still a ton of acts to see. The concerts are free to attend if you have a park ticket.

“As soon as the parade is over, this concert area fills up fast. Be prepared and have patience. There are a ton of people getting into one space,” McReynolds said.

“Not sure if this is something Universal likes, but it seems to be a tradition for partygoers every Mardi Gras. Trees that line the escalators to the parking garages are filled with beads. Could it be a thank you -- Or a reminder for all the fun people had? It’s certainly something you will see on the way out. This event is definitely something to attend once this year,” McReynolds said.

“You'll hear the sounds of jazz while walking around the park throughout your day. So as they say New Orleans, laissez les bon temps rouler,” Castro said. 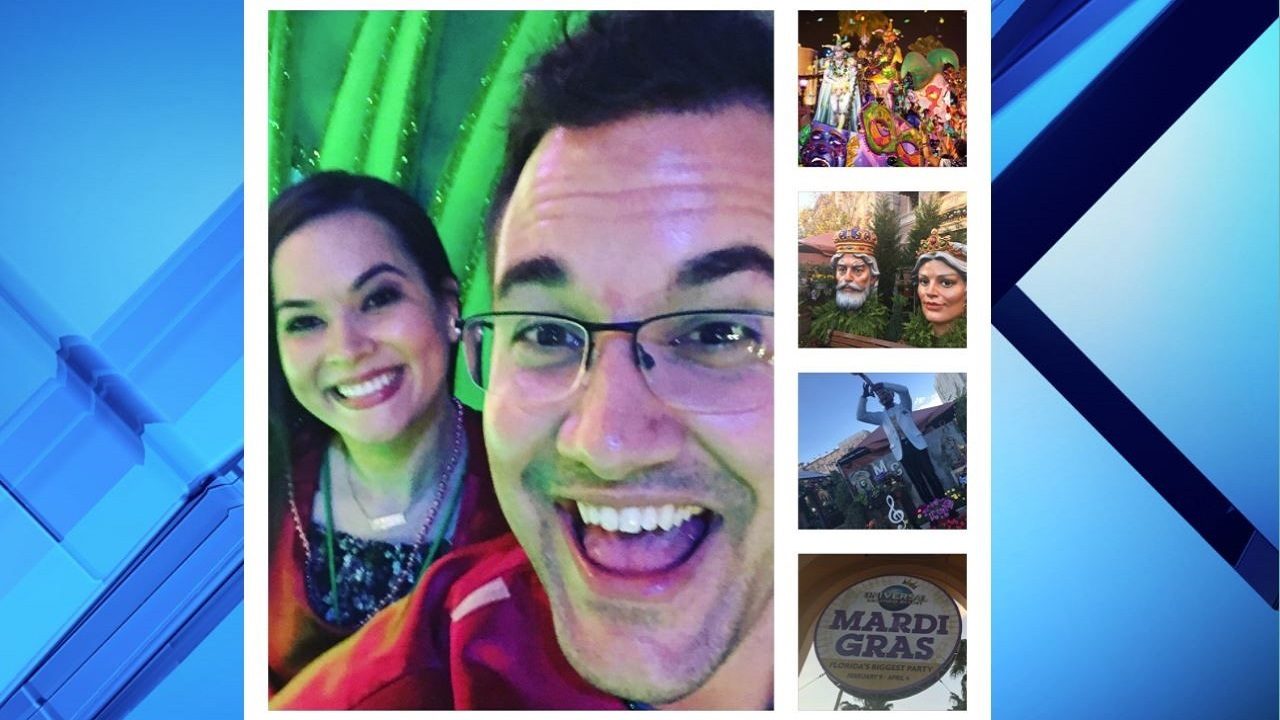 Before heading out for the night – head to the Universal Studios store. Grab some of the merchandise available for this year’s event from T-shirts to a shot glass and beads.

Universal’s Mardi Gras event is an unforgettable event for the entire family to enjoy. It runs from Feb. 9 to April 4.

For more information on this year’s party, or how to book a room at one of the resort's hotels head to UniversalOrlando.com.

Landon joined News 6 in 2017. He grew up in Southern Illinois and graduated from Southern Illinois University with a bachelors degree in TV and digital media. When he is not at work you can catch him at one of Orlando's theme parks or the beach. Before working at News 6 he worked for stations in Miami and Fort Myers.