4 advisories in effect for 7 regions in the area

4 advisories in effect for 7 regions in the area

Homeowners insurance: Terms to know ahead of Florida’s special session

The 4 best spots to score doughnuts in Orlando

Need more doughnuts in your life?

Hoodline crunched the numbers to find the top doughnut spots in Orlando, using both Yelp data and our own secret sauce to produce a ranked list of the best spots to venture when cravings strike.

Orlando-area buyers usually spend more in April at food and beverage shops than most other months of the year, according to data on local business transactions from Womply, a provider of small business marketing software. Daily spending at Orlando-area food and beverage shops rose to $47,601 for the metro area in April of last year, second only to May with an average of $49,544, and 9% higher than the average for the rest of the year.

First on the list is Valhalla Bakery. Located in East Central Park's Market On South at 2603 E. South St., this bakery is the highest-rated spot to score doughnuts in Orlando, boasting 4.5 stars out of 239 reviews on Yelp.

Next up is Shaka Donuts, situated at 225 E. Michigan St. With 4.5 stars out of 54 reviews on Yelp, it has proved to be a local favorite. 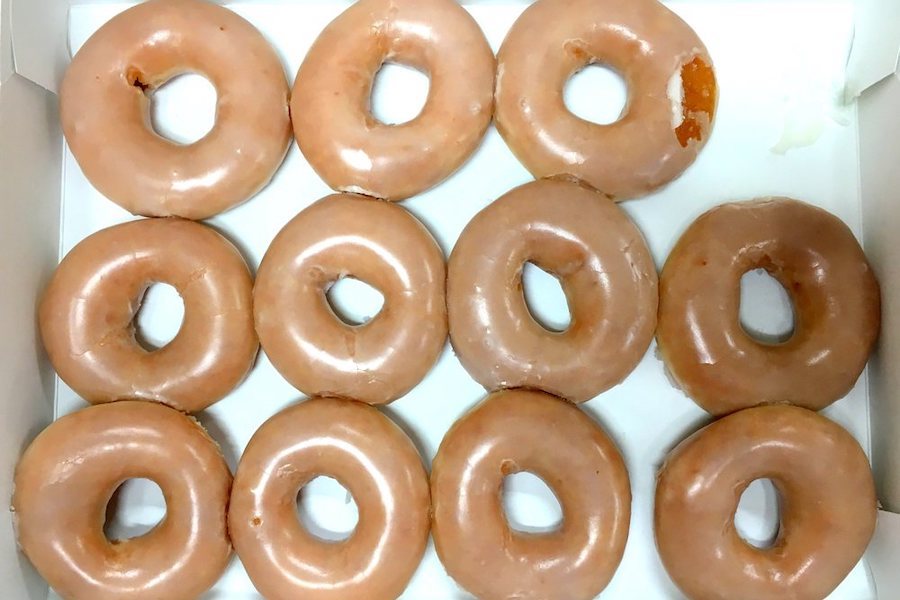 The Millenia location of Krispy Kreme, located at 4080 Millenia Blvd., is another top choice, with Yelpers giving this outpost of the popular chain four stars out of 112 reviews. 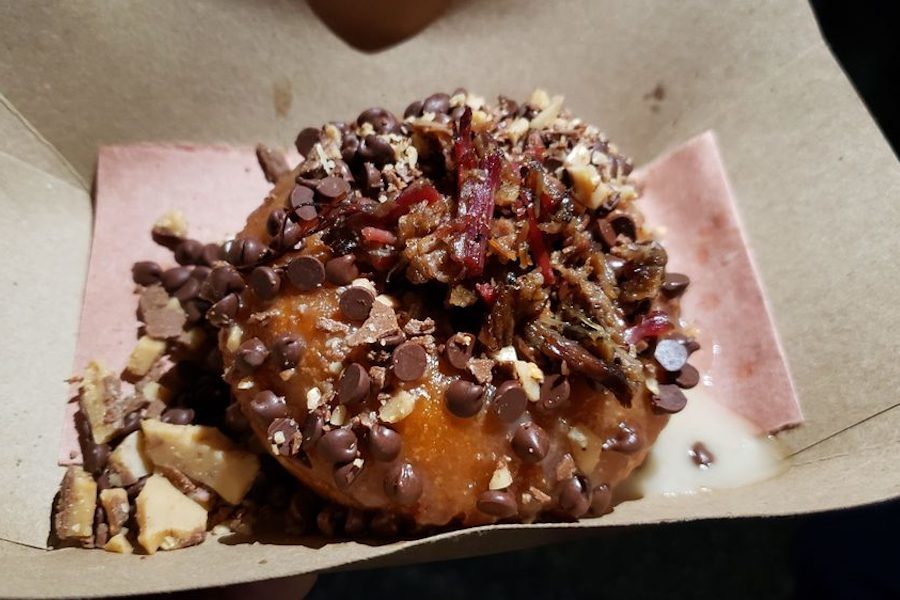 Last but not least is Smoke & Donuts, a doughnuts and barbecue food-truck concept that has earned 4.5 stars out of 24 Yelp reviews. Check out the business's website for more information on the truck's location and hours.