Lights are on at The Wheel at ICON Park, attraction not ready to roll yet

New push for death with dignity legislation in Florida

'If you're alive, raise your hand': Report details police activity inside Pulse

ORLANDO, Fla. – A newly released report details the Orlando Police Department's activity and involvement during the Pulse nightclub massacre on June 12 and the days that followed.

Orlando Police Chief John Mina has presented the 78-slide PowerPoint to police groups across the globe, analyzing what the agency did well and what could have been done differently.

"I want to kind of give (other law enforcement agencies)  a sense of what we did that night and how quickly we responded to it, how our training prior to that event helped us during this event, how the equipment that we have helped us," Mina said.

Within the first three hours of the attack on Pulse, which left 49 people dead and another 53 injured, 300 law enforcement officers swarmed the scene.

The rampage began at 2:02 a.m., just as patrons were preparing to end their night. Gunman Omar Mateen approached the night club's dance floor and fired his assault rifle. The barrage of bullets left 20 people dead on that dance floor and near the stage area, the report said.

A detective who was at the club when the shooting began fired several rounds at Mateen and radioed for help. The first backup officer arrived one minute and 20 seconds later.

That same detective fired at Mateen again at 2:05 a.m. The successions of gunshots within the club stops.

Police enter the bar at 2:06 a.m. just in time to see Mateen running from the dance floor to bathroom, where he spent hours holed up with hostages, pledging his allegiance to ISIS and claiming he had explosives in calls made to 911 operators.

Efforts to rescue the victims began at 2:08 a.m., exactly six minutes and eight seconds after the mass shooting began.

By 2:15 a.m., first responders make their way to the dance floor, the area where the most victims died.

"So many victims were on the ground, one officer is heard saying, 'if you’re alive, raise your hand,'" the report raid.

[PICTURES: Evidence photos from inside Pulse]

Seven of those victims were carried out alive.

Another 11 victims died after being rescued from the club: nine at Orlando Health and two at a triage area across from the club.

It was at 5:27 a.m., three hours and five minutes into the ordeal, that all the remaining victims were rescued from the club.

By that point, Mateen had died in a gunfight with SWAT members at 5:15 a.m., feet from where he'd held terrified and wounded hostages for hours.

Explosives were used to breach the club at 5:02 a.m. so victims in the south bathroom could be rescued. The explosion didn't fully breach the wall, so an armored vehicle was used.

The explosion to breach the wall was one area OPD thought it could improve because the Orlando Fire Department, which was one of 27 agencies that responded that night, did not know the explosion was planned, Mina said.

Better coordination with fire officials was one of the main criticisms OPD had of its efforts. Mina said providing the names of involved officers to the media created problems because they were bombarded with interview requests.

Mina also said he doesn't know if any victims were hit by friendly fire, a question the public has been left pondering in the wake of the attack.

The FBI followed more than 1,600 leads, conducted 500 interviews, collected 950 pieces of evidence, including 380 from the scene, issued 300 subpoenas and spent more than $450,000 on victim witness assistance funds during the investigation that followed.

Along with the precise details and timeline, the report also includes body camera images and crime scene photos. Mina said the report also clears up some misinterpretations about the attack, including the size of the club.

"A lot of people, when they think active shooter situation, they're thinking big malls, big schools, big complexes.  What I really try to point out is how small it was inside that night club," Mina said. "It's just a little bit bigger than maybe a TGI Fridays or Outback Steakhouse. And within that,  the rooms are very very small."

He said that detail alone makes the terrorist attack very different from other mass shootings.

After hearing the presentation, many officers commended the Orlando Police Department for the courage and bravery of its officers.

"We do feel it is our obligation and responsibility to pass along our knowledge and experience to those other agencies," Mina said.

The full presentation is embedded at the top of this story. 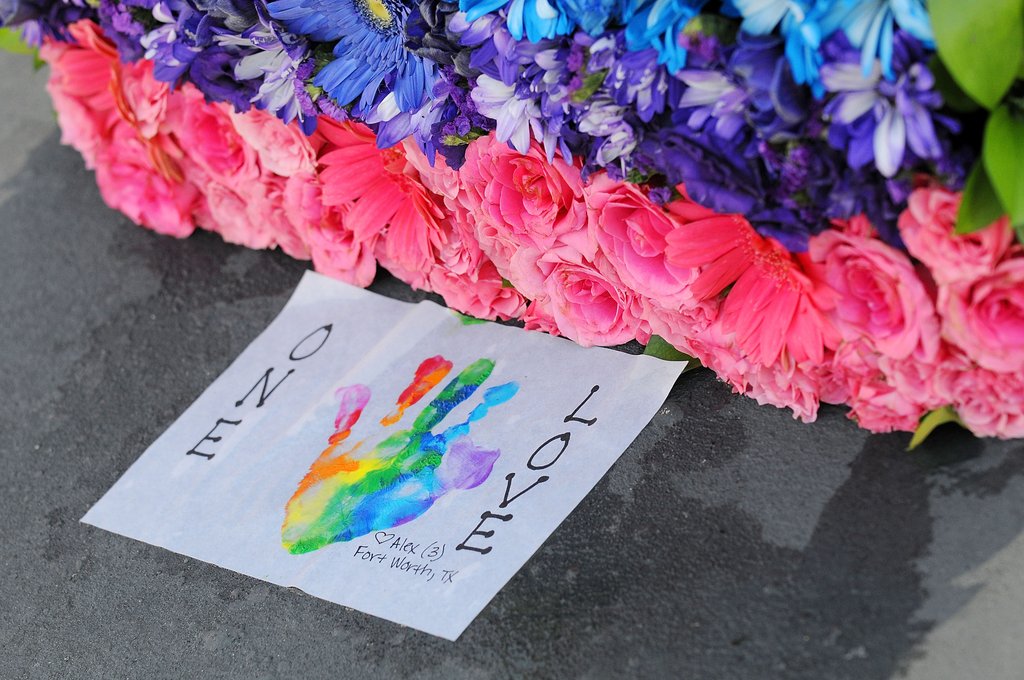