Get these handpicked holiday gifts in our Black Friday Sale

New coffee shops in Orlando are serving up cups of competition

ORLANDO, Fla. – From local honey infused cold brew, to rose petal garnishes and even a secret coffee shop speakeasy, the coffee culture in Orlando is changing.

Several new coffee shops have opened their doors in the past few months, ready to serve a cup of competition to break through the new local coffee scene. 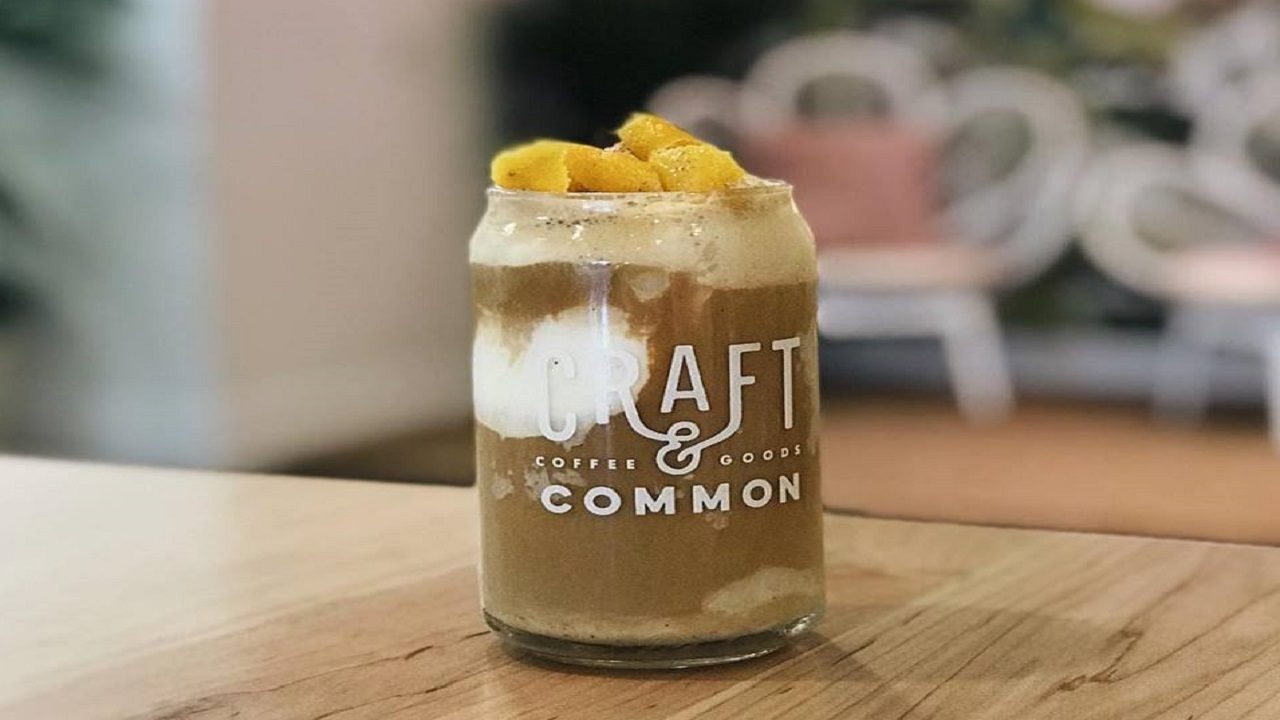 Nestled just around the corner from Lake Eola, is Craft and Common, the owners of which opened their doors on East Robinson Street earlier this year. Owner Lindsay Duensing was raised in Central Florida and her husband is a graduate of the University of Central Florida. The two just moved back to Central Florida from San Diego to open the shop, an idea they got two years ago.

"We just really wanted to put it in our hometown and we think the people of Orlando are ready for an awesome coffee scene," Duensing said. "I think that Orlando is more than ready, been more than ready for a long time. That's why we were surprised when we came back that there wasn't more, but just in the time we've been open, there has been so many places pop up."

According to Craft and Common's website, they are a "mash-up of two concepts that really go well together: coffee and retail." Duensing said her hope is to have customers feel comfortable and welcomed in what she described as a light, bright, upbeat, fun vibe. To achieve that, it has an amazing Instagram-worthy wall for pictures.

Though Craft and Common serves up cold brew from a keg and the coffee classics, Duensing said their number one seller is the "Wild Child Latte" made with rose syrup, vanilla, cardamom tincture and garnished with rose petals.

"I think we have great shops in Orlando that can definitely rival anything out in the West Coast for sure," she said. 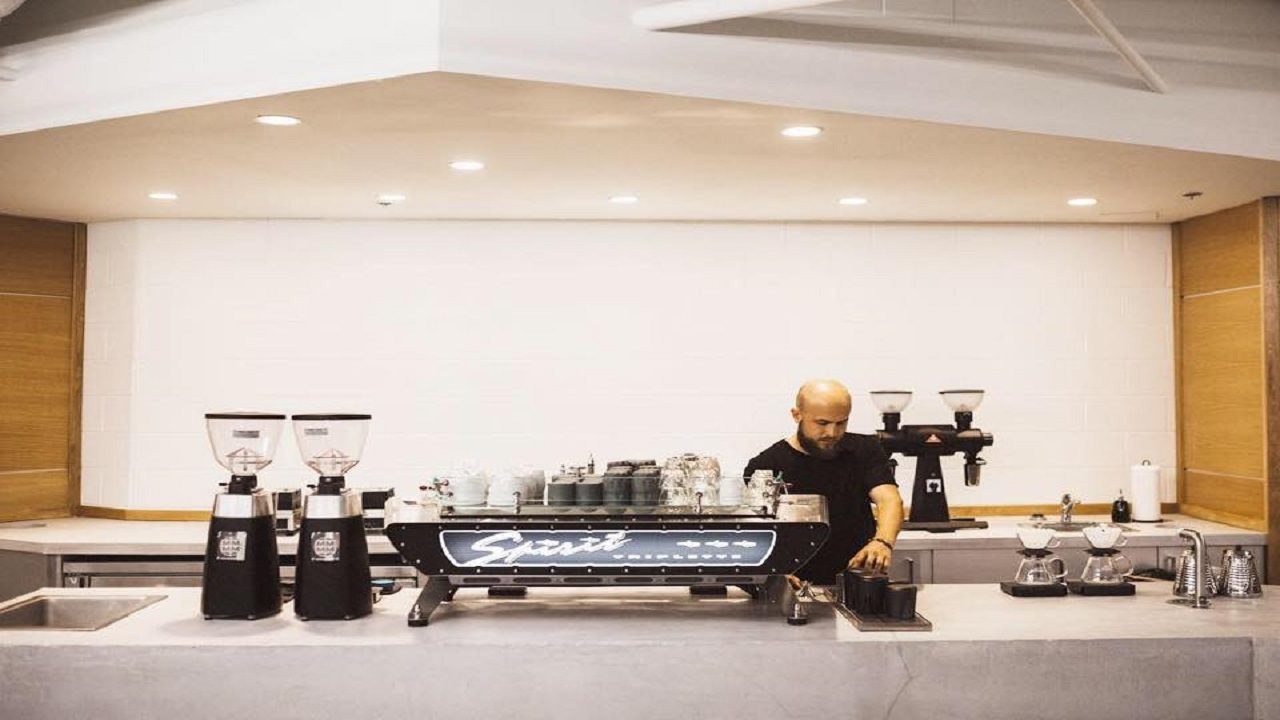 Deeply Coffee also opened its doors just a block away from Lake Eola on Magnolia Street. The grand opening was held at the beginning of August.

Also on Instagram, Deeply Coffee has plenty of pictures of what they call "your coffee's BFF" - the pearl sugar Belgian leige waffle, which was served up at the grand opening event. 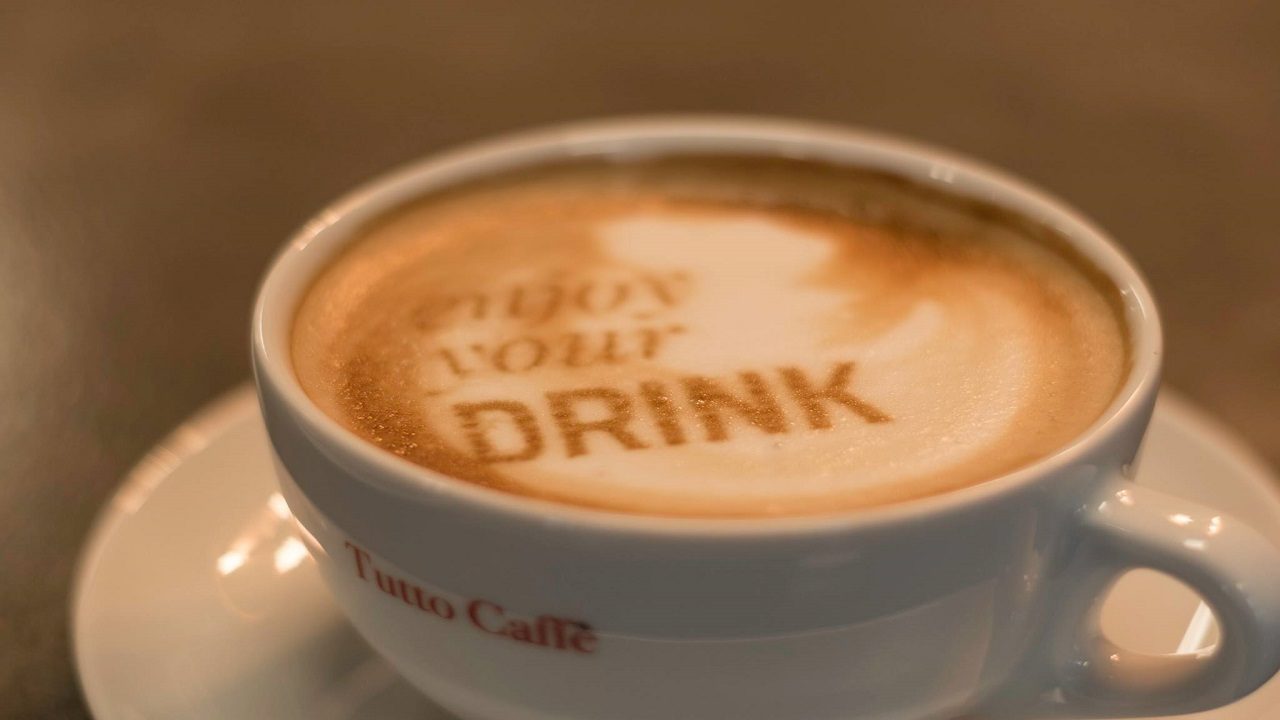 Now on to Baldwin Park, right in the heart of the Orlando neighborhood on Broad Street, where one can find Tutto Caffe. The coffee shop opened in February.

A manager told News 6 over the phone that the owners from England have invested in a machine called The Ripple Maker. This allows custom prints, meaning customers can download the app and customize whatever they want to have printed on top of their latte. 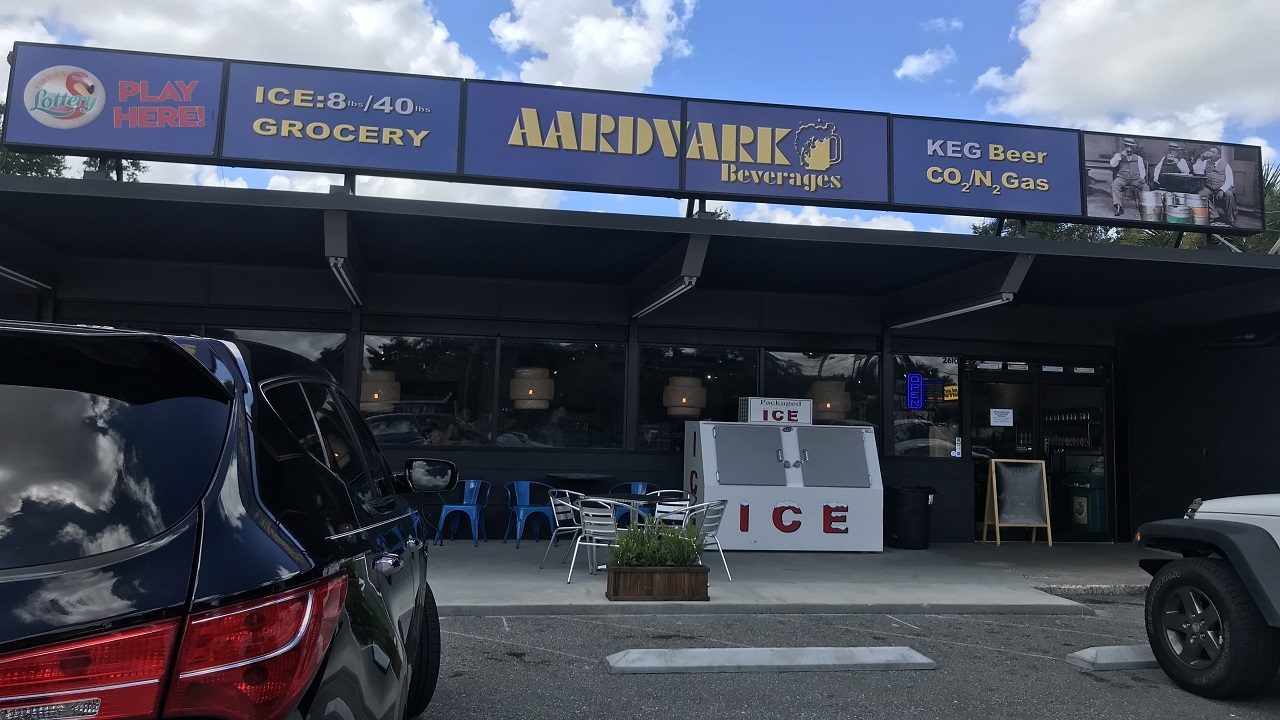 On the corner of Michigan Street and Fern Creek in Orlando, there's a corner store that looks more like a convenience store. Inside, however, is a mecca of all different kinds of drinks at a place called Aardvark Beverages.

In December, the store got new owners, who decided three months ago to turn half of it into a new coffee shop.

"The owner that is actually involved, that owns the coffee bar, he loves coffee," said employee Daniel Menezes, who has worked there for two and half years. "He's seen the up-and-coming trend of coffee and everything, you know, like the big guys like Foxtail doing everything they are doing and then some of the other guys being more innovative like Lineage Coffee being able to bottle their six-packs."

Aardvark is also trying to be innovative, specializing in their cold brews, Menezes said. One in particular is infused with creamer and local honey from Belle Ilse.

"We have on-the-spot coffee, French presses and all of that stuff. We are working on our espressos and cappuccinos but our cold brew is like our big deal up here," he said. "Now is the time if you are going to do anything, Orlando is blowing up on all scenes right now." 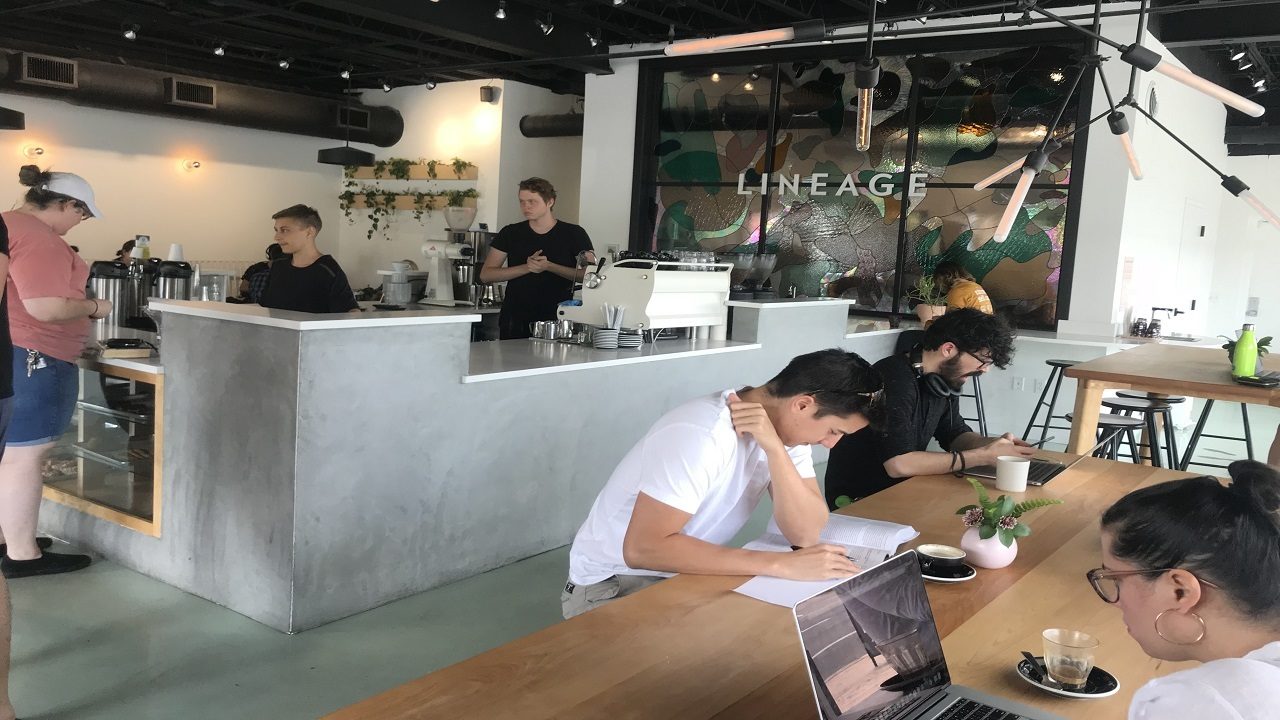 As an employee at Lineage Coffee said, "The Orlando coffee culture is changing," and Lineage is on the forefront of that change.

The coffee shop first introduced itself at the Audubon Park Farmer's market in April 2013. By October of that year, owners Jarrett and Justine opened up permanent shop inside East End Market on Corrine Drive.

Now, they have their own brick and mortar store right in the heart of Orlando at Mills Avenue and Colonial Drive, neighboring Lazy Moon pizza.

Lineage Coffee prides itself in having grower relationships throughout Africa and Central America, serving up the most exotic blends.

They also offer a coffee subscription. On its website it reads, "You select how often you want a delivery, we do the rest." 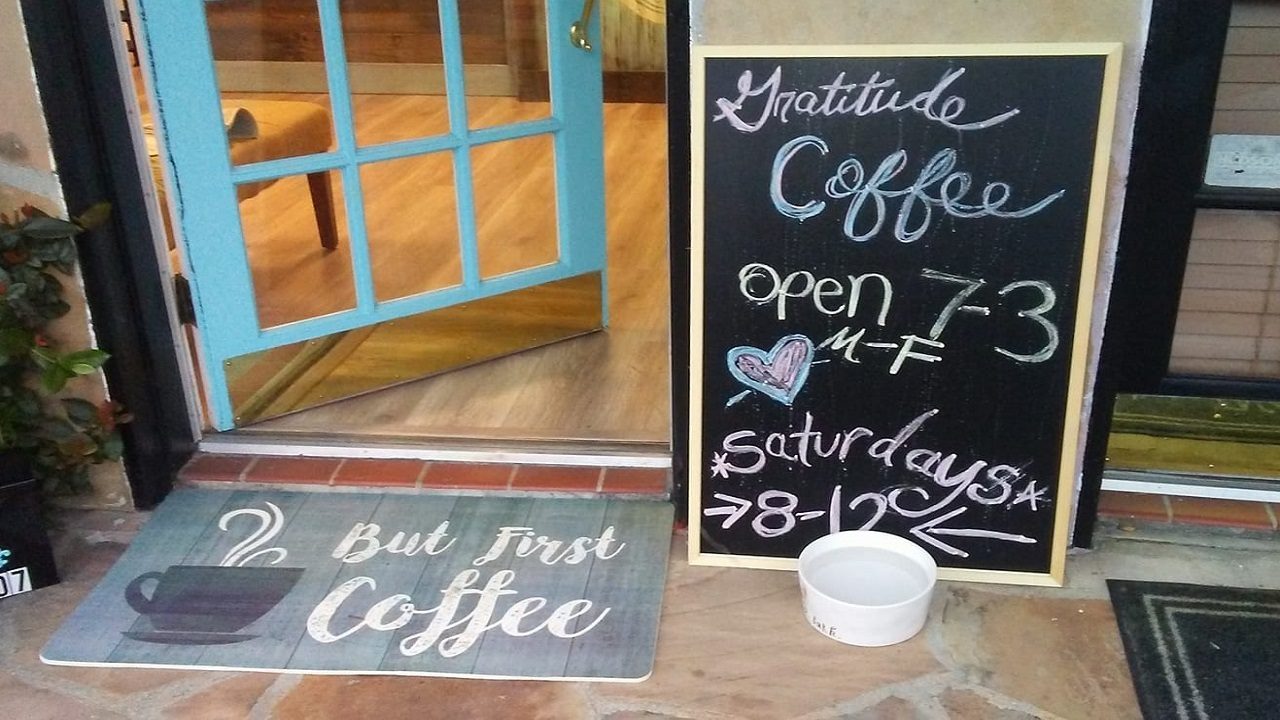 This one is a coffee shop to be thankful for; Gratitude Coffee opened up its first brick and mortar shop on Edgewater Drive in July.

News 6 did a story on Gratitude Coffee's owner, Jen Hackey, when she was working out of a mobile coffee cart on Par Street, which opened in 2015.

Hackney said she has been happily caffeinating customers for more than 30 years.

"I like to say I'm the oldest barista in town," she said, but Hackney said her life hasn't always been sweet.

She named her shop Gratitude Coffee, thankful, she said, to have survived a "toxic relationship." Now, she's hoping to spread that gratitude to others.

Hackney donated during the last phone bank News 6 hosted for Harbor House, a nonprofit organization that helps victims and survivors of domestic violence.

"Luckily I broke away from it. Not everybody does. Harbor House provides a good service for our community," she said. 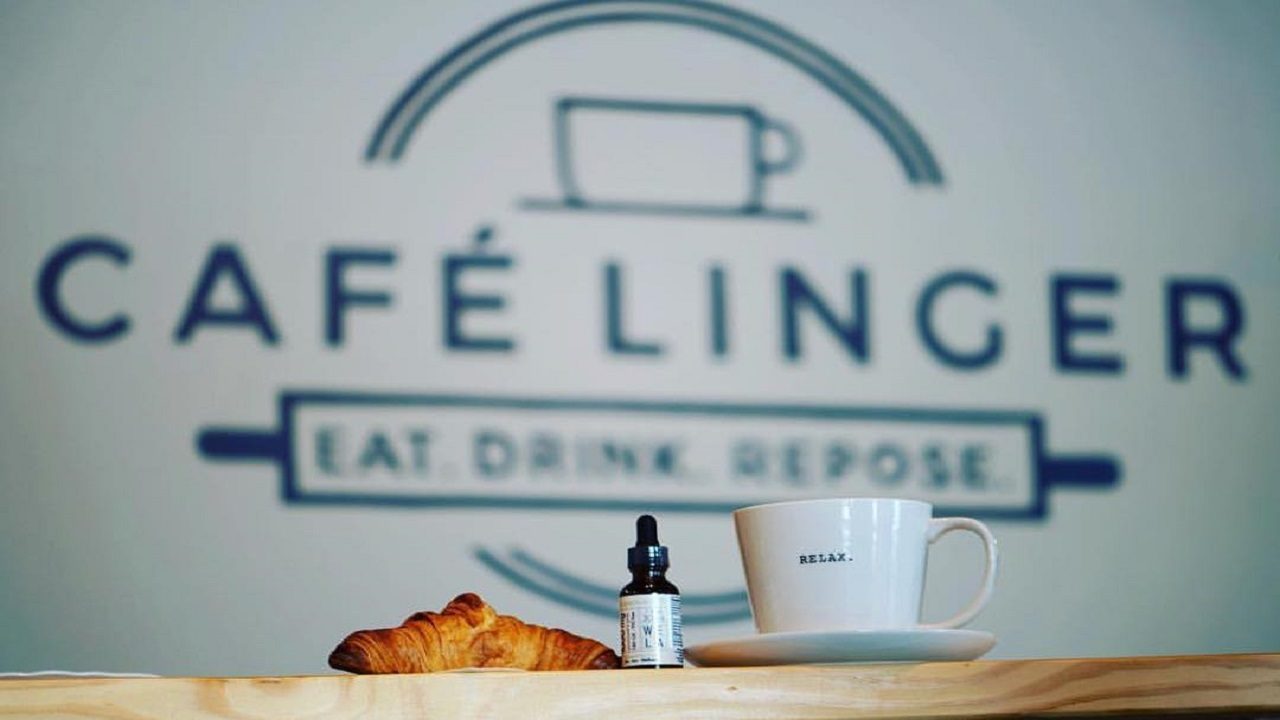 Also in College Park, Gratitude Coffee has some competition with Cafe Linger, which opened its doors on Edgewater Drive in May.

According to its website, at Café Linger they "want to remind our patrons to take 10 minutes and actually sit down and enjoy their coffee or tea accompanied by one our of house baked goods." 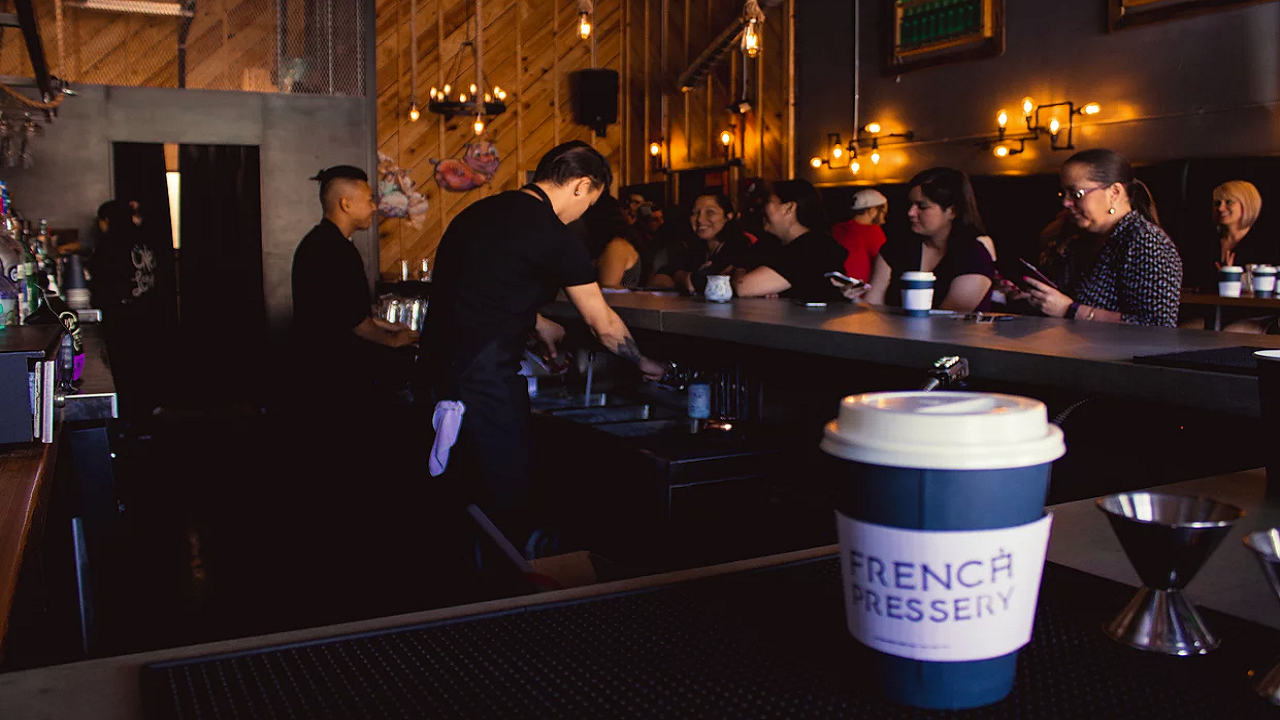 Can you keep a secret? Because we don't know where this coffee shop is. That's because French Pressery is a coffee speakeasy in town.

According to cryptic Instagram posts, the coffee shop opened June 1. It's a membership-only coffee shop, the website says, that will "serve true craft coffee drinks in an artistic atmosphere."

"Our drinks are hand crafted right in front of you with the sophistication of a craft cocktail," the website reads.

However, you won't find an address or times or days they are open.

Here's how they break down the membership online:

"So if you want to find us become a member to start receiving alerts regarding our location. Membership can either be purchased per event ($7) or in a one time yearly discounted price ($100). Your membership entitles you to 1.) Bragging Rights - but remember to speakeasy about our location and times, we don't want that information circulating. 2.) A Membership Bumper Sticker - to show everyone how hip you are. 3.) Entry to the Frenchpressery on your selected day and time."

Once you have selected your membership option:

Free Membership: Email notification when a new date is announced.

Per Event Membership ($7): You will receive a password that will allow you entry into the speakeasy on your selected day and time via email.

One Time Yearly Membership ($100): You will receive a 100 percent off discount code unique to you via email. This discount code will allow you one free RSVP to every Frenchpressery event for the year.

If you happen on figuring out where the French Pressery is at, let us know. Until then, if you know of any other coffee shops opening up, shoot an email to nyanes@wkmg.com so we can add it to the list.

Nadeen Yanes joined News 6 as a general assignment reporter in 2016. She grew up in Leesburg and graduated from the University of Florida. Nadeen has won three Associated Press Awards for her reporting on the Pulse Nightclub shooting, the trial of the Pulse gunman's wife and the capture of an accused cop killer, Markeith Loyd.