How is your Florida student's college keeping them safe on campus?

ORLANDO, Fla. – Last month, police at the University of Central Florida sent out an alert that created panic both on and off campus.

The alert stated a call had been received about a man armed with a gun entering Tower 1, one of the dormitories on campus. Police later learned that the gun seen was a BB gun. 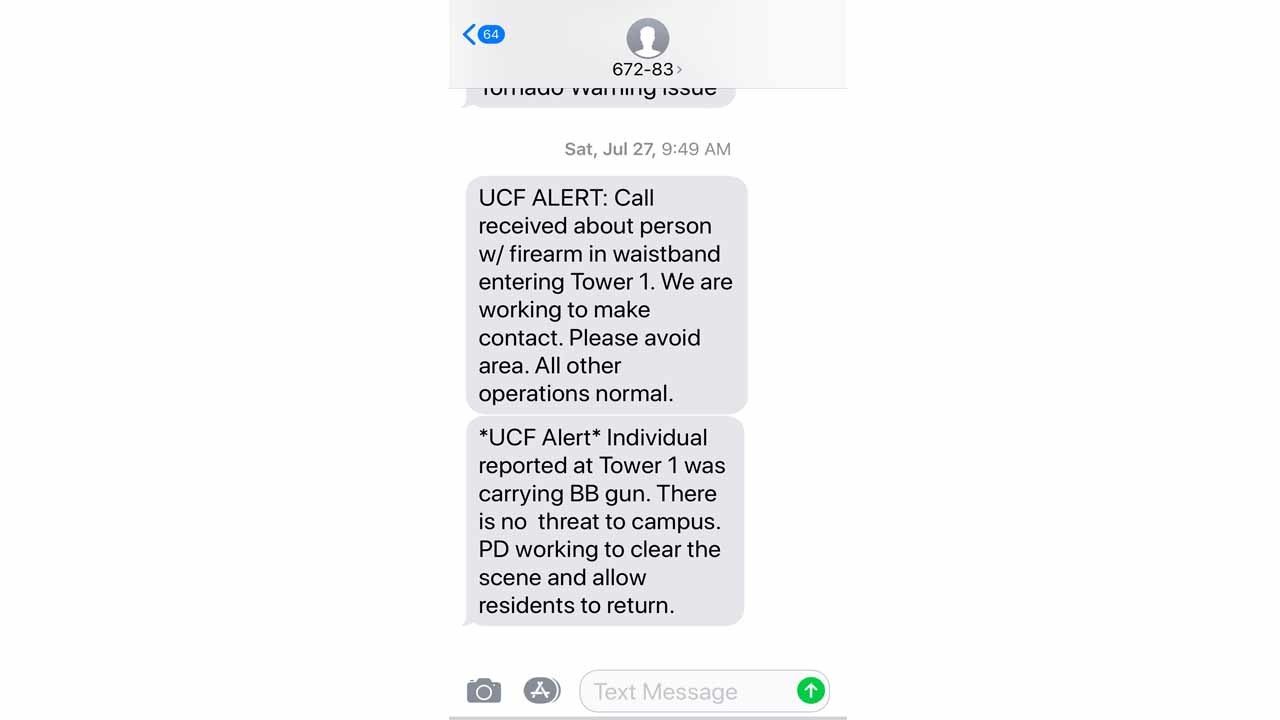 But that got many thinking, what kind of security is in place to keep college co-eds safe on campus?

While looking into the apps, News 6 discovered many students and parents don't sign up -- or even know about them.

On a recent visit to the University of Florida Gainesville campus, News 6 asked four students if they had the Gator Safe App on their cellphones. Of the group, only one student did.

University of Florida Police Officer John Savona showed them how to find it. He said he often walks the campus and lets students know what security and safety measures they have in place.

The students who did not have the Gator Safe app admitted they had no idea about the digital friend walk option the college also offers.

"The friend walk thing, I'll definitely be (using) that," said University of Florida freshman Danielle Stem. "My mom is going to love it."

"I think that the app is a wonderful idea," said Destyni Weiss, who is also a UF freshman. "I think UF put a lot of time and effort (into) making sure that their students are safe."

Carl Metzger, the chief of police at UCF, understands the importance of safety on any college campus.

Metzger said he has a vested interest in keeping the campus safe.

"This is my community, too," Metzger said. "I went to school here, I have family, friends, their kids here. So safety is top of mind for me. and it's what I think about night and day."

The chief said it's not unusual to see him on campus after hours.

"I like to run at night, and I'll run all over campus," Metzger said. "And I'll look for dark spots. Does this area need additional lighting? Is there a problem?"

Metzger said although he is a UCF alumnus, his children attend other Florida schools, and safety is what he looks for on any college campus he visits.

The chief said he's also looking for blue light emergency phones located on almost every college campus, something News 6 discovered all over the University of Florida's campus.

"Usually, I see a police car every 10 minutes that I am walking around campus," said Ryan Eliason, a junior at UF.

Savona said his department is known for its quick response, especially to calls made from emergency phones on campus.

"If they hear something in the background -- a lot of ruckus, or a lot of screaming -- two officers get sent," Savona said. "I mean, they are coming."

One valuable lesson that both veteran officers have learned is that words matter, especially when it comes to safety and how to handle campus alerts.

Just last month, UCF police sent out the alarming alert about the person believed to be armed with a gun when entering one of the dorms.

Though the gun turned out to be a BB gun, the late night alert caused confusion and panic among students and parents.

Metzger admitted it should have been handled better.

"We should have been much more specific when we sent out that alert," Metzger said during a July 27 news conference. "Specificity does matter, and certainly words matter. And we don't want to cause undue stress to our campus population."

The chief said that's something he's proud of.

"Our response time was under a minute," Metzger said.

Another thing both UCF and FSU are using to increase security are license plate readers, which will scan every car coming on or off campus.

The University of Florida has also added a training video for parents, students and staff to watch on YouTube that breaks down how to prepare for an active shooter situation.

"It teaches how to be safe in case of an active shooter, to lock down, to evacuate when necessary," Savona said.

News 6 checked and all five schools also have a student escort service and digital friend walk students can download.

To see all security measures at each of the five universities, click on the following links: