‘It’s not just the family that is hurting, it’s Orlando:’ Family of well-known promoter speaks out after he was shot, killed

The Easter holiday may have come and gone, but "Easter eggs," as they're sometimes called, have become a gift to stumble upon year-round.

These "eggs," however, don't come in a basket filled with candy. Instead, they are hidden in the movies we watch on the big screen.

Urban Dictionary defines an Easter egg as a hidden item placed in a movie, TV show or otherwise visual media for close watchers. All caught up? Good, let's continue.

For example, in the Disney animated film "Tarzan," when the apes are trashin' the camp, Terk can be seen banging on a tea set with two spoons. If you look closely, you will notice that it's not an ordinary tea pot, but one that resembles Mrs. Potts from "Beauty and the Beast."

Let's go over some other famous "Easter eggs" left in Disney animated flicks over the years. Some of these you may have seen before and others might be completely new. One thing is for sure, this Easter egg hunt will never come to an end. 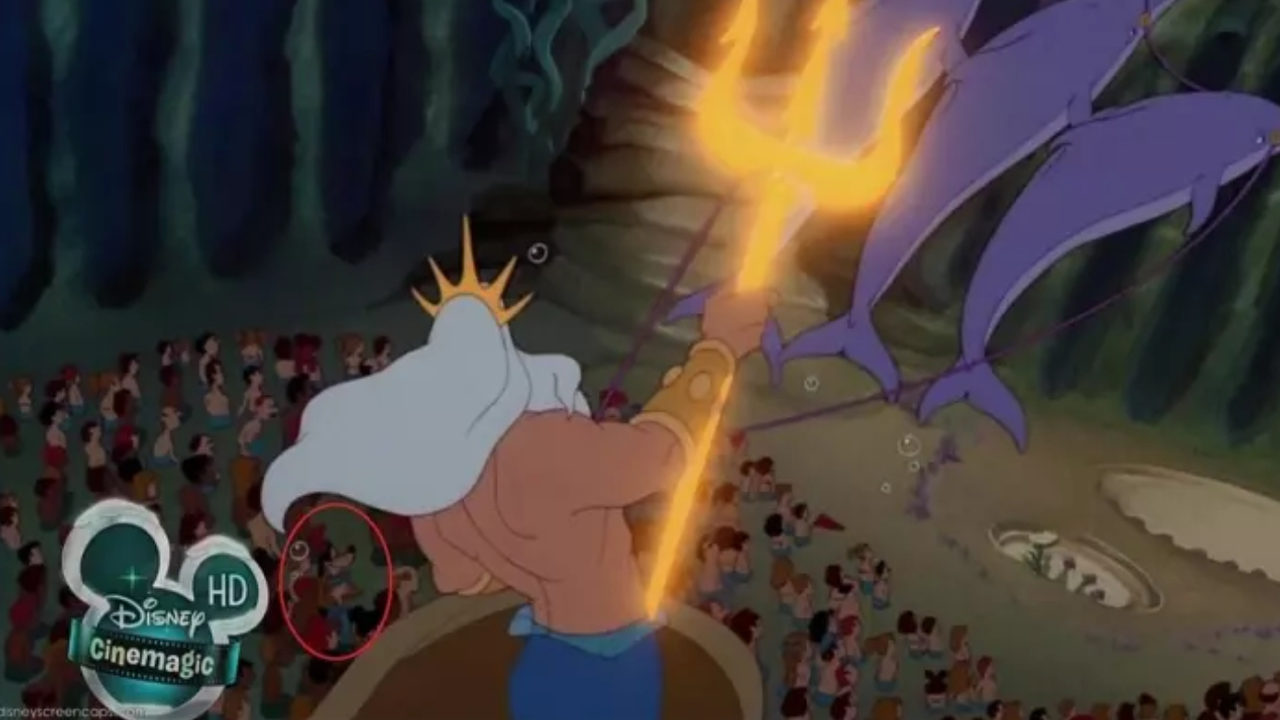 1. Mickey, Goofy, and Donald go "Under the Sea" in "The Little Mermaid." 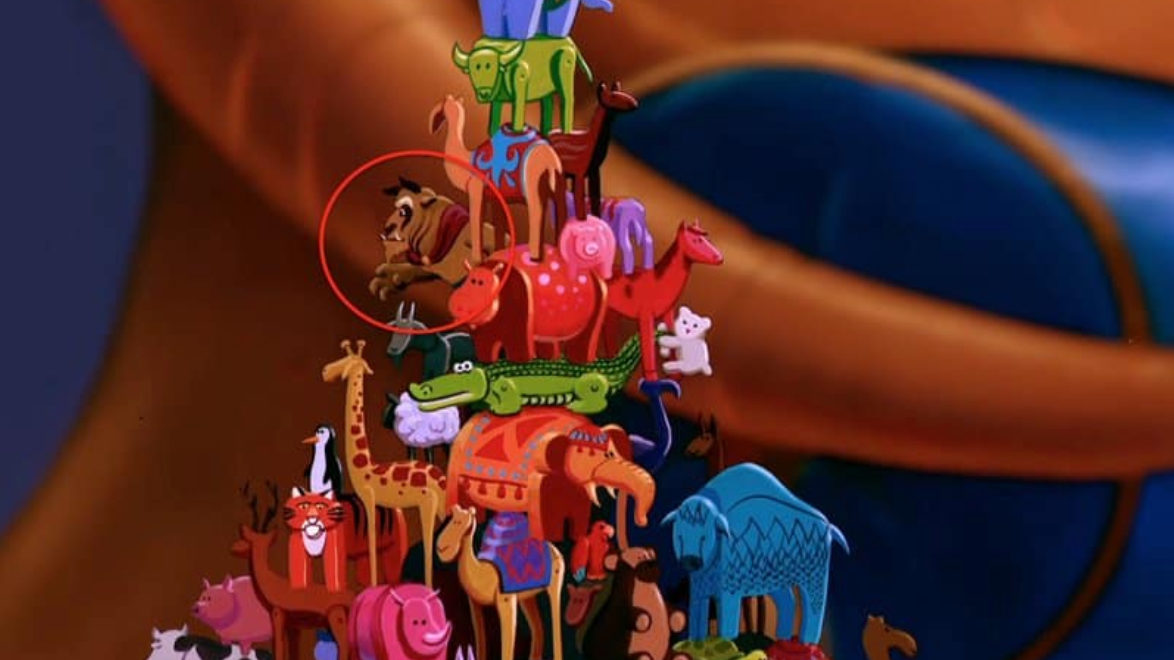 2. The Beast is included as one of the Sultan's stacked toys in "Aladdin." 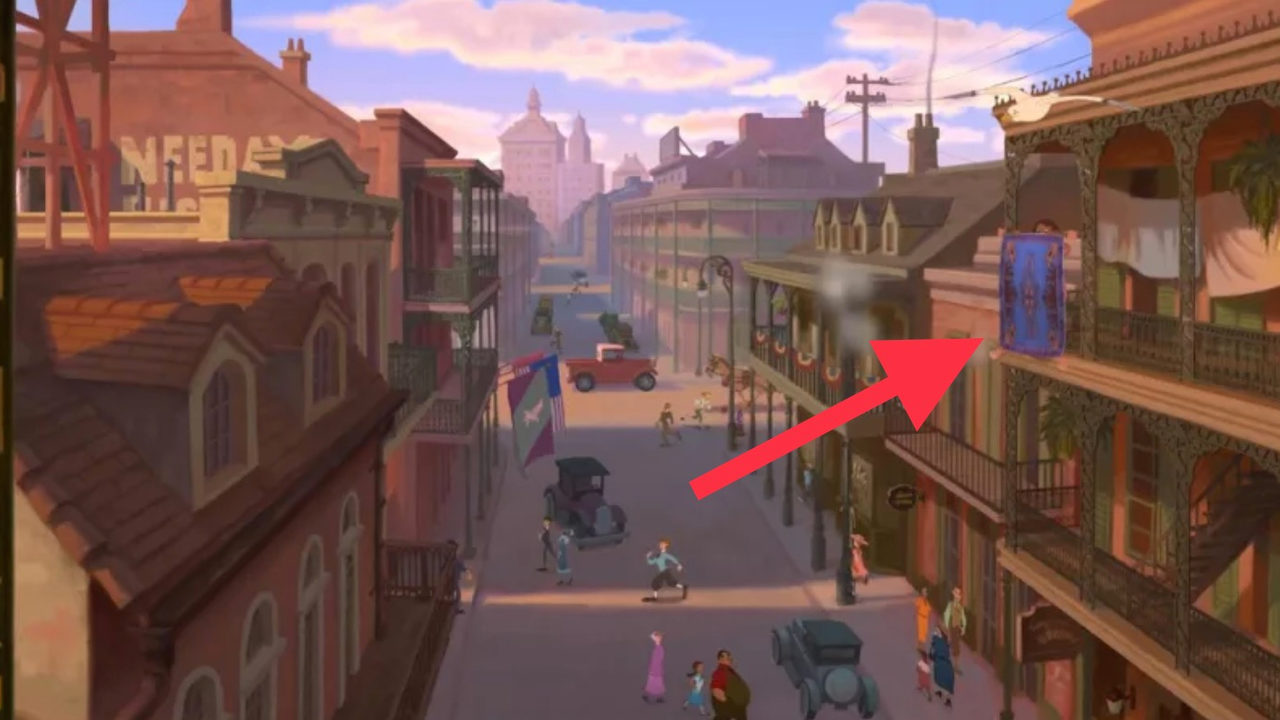 3. Anything can happen down in New Orleans. You may even find a magic carpet in the streets during the opening scene of "The Princess and the Frog." 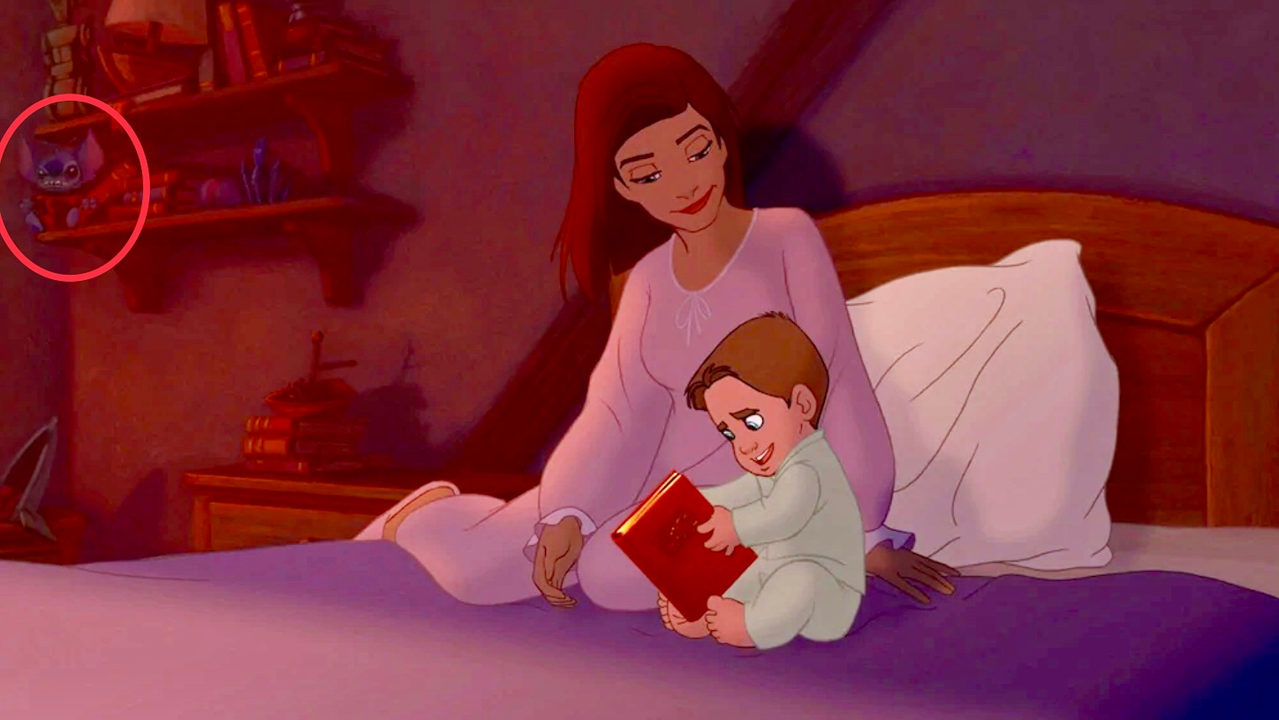 4. Experiment 626 can be seen sitting on Jim Hawkins' bedroom shelf in "Treasure Planet." 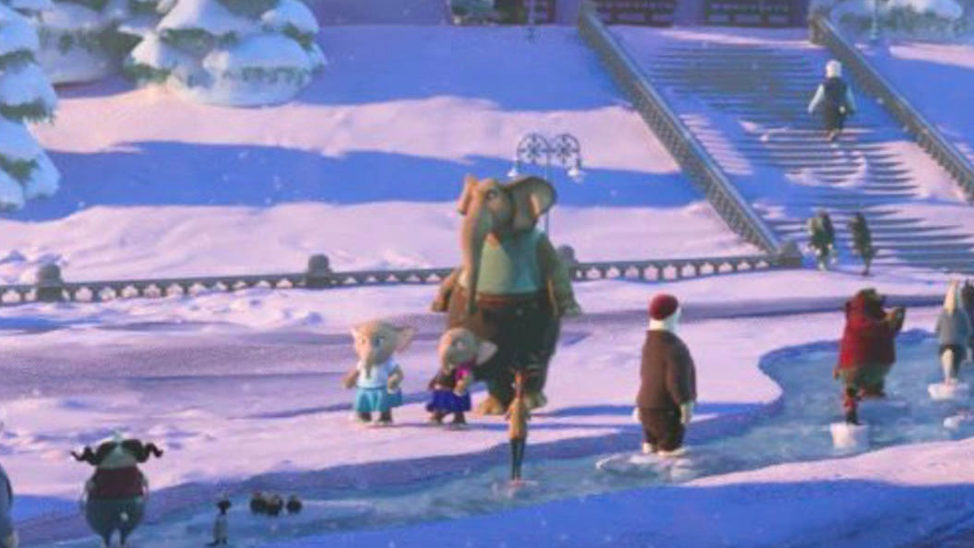 5. "Frozen" fever has spread to the tundra, as you can see two small elephants dressed as Anna and Elsa in "Zootopia." 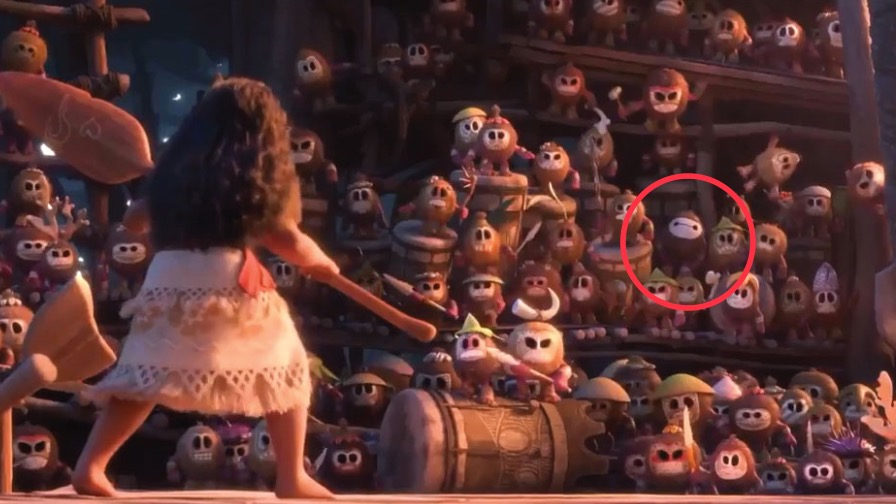 6. Everyone's favorite health care companion makes a much smaller appearance in "Moana," where he is hiding among the Kakamora. 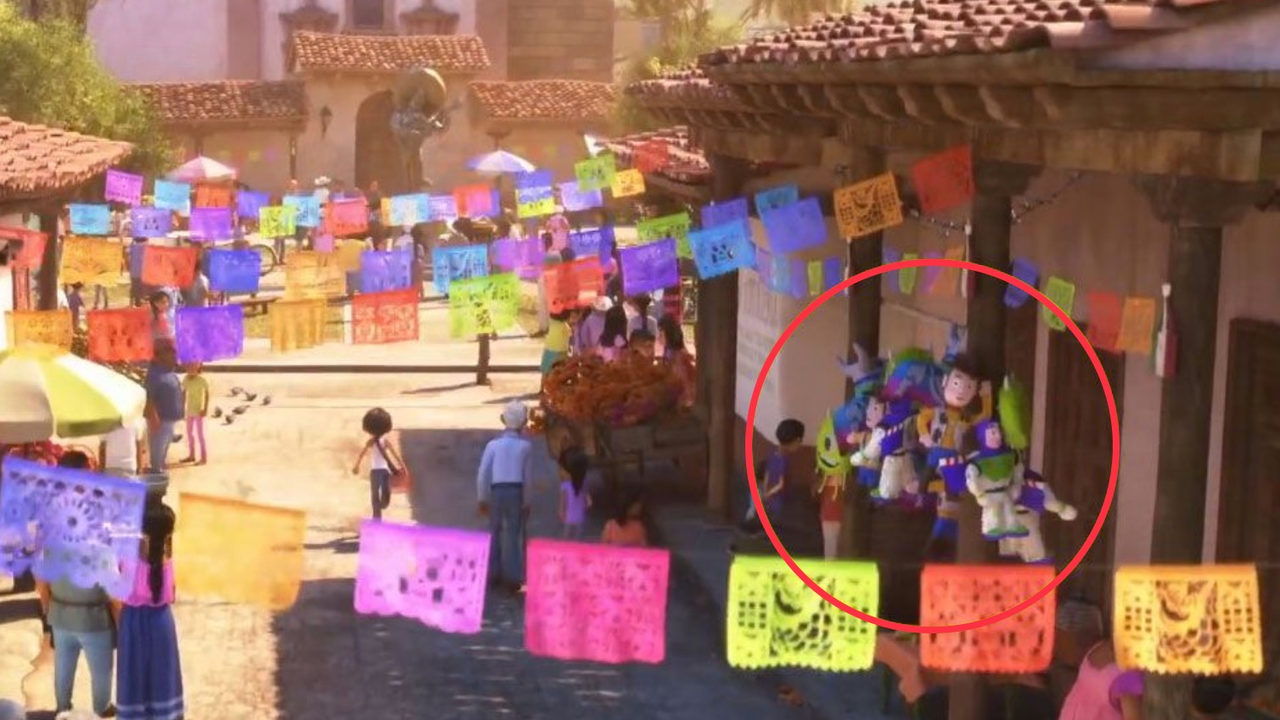 7. Buzz and Woody find themselves far away from Andy's room in "Coco." 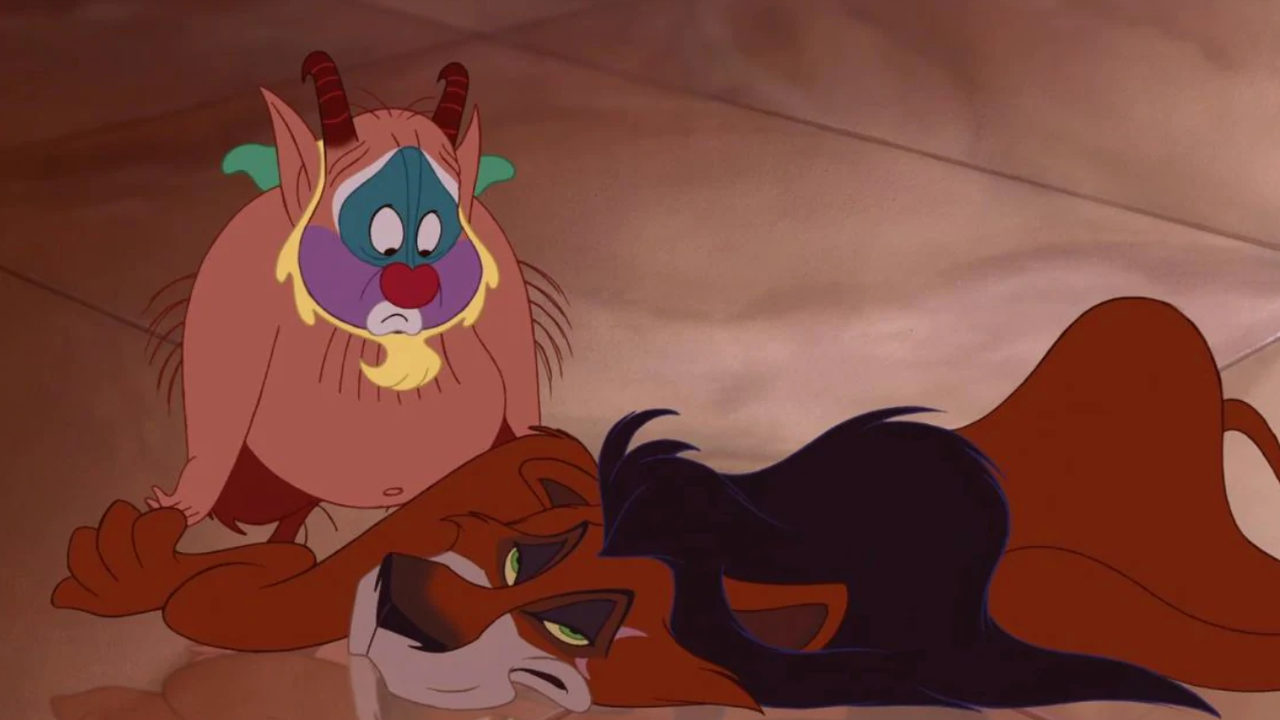 8. In "Hercules," Scar has been turned into a pelt for Hercules to wear in his portrait. 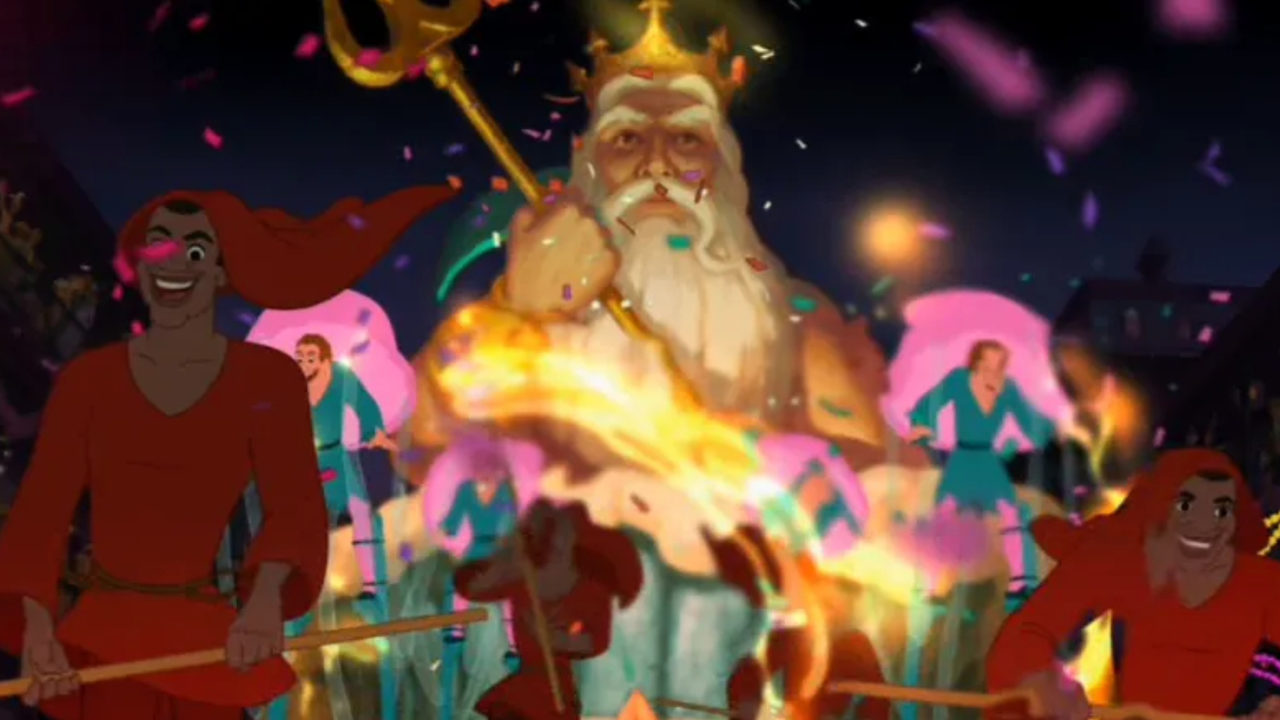 9. King Triton makes a grand entrance as a Mardi Gras parade float in "The Princess and the Frog." 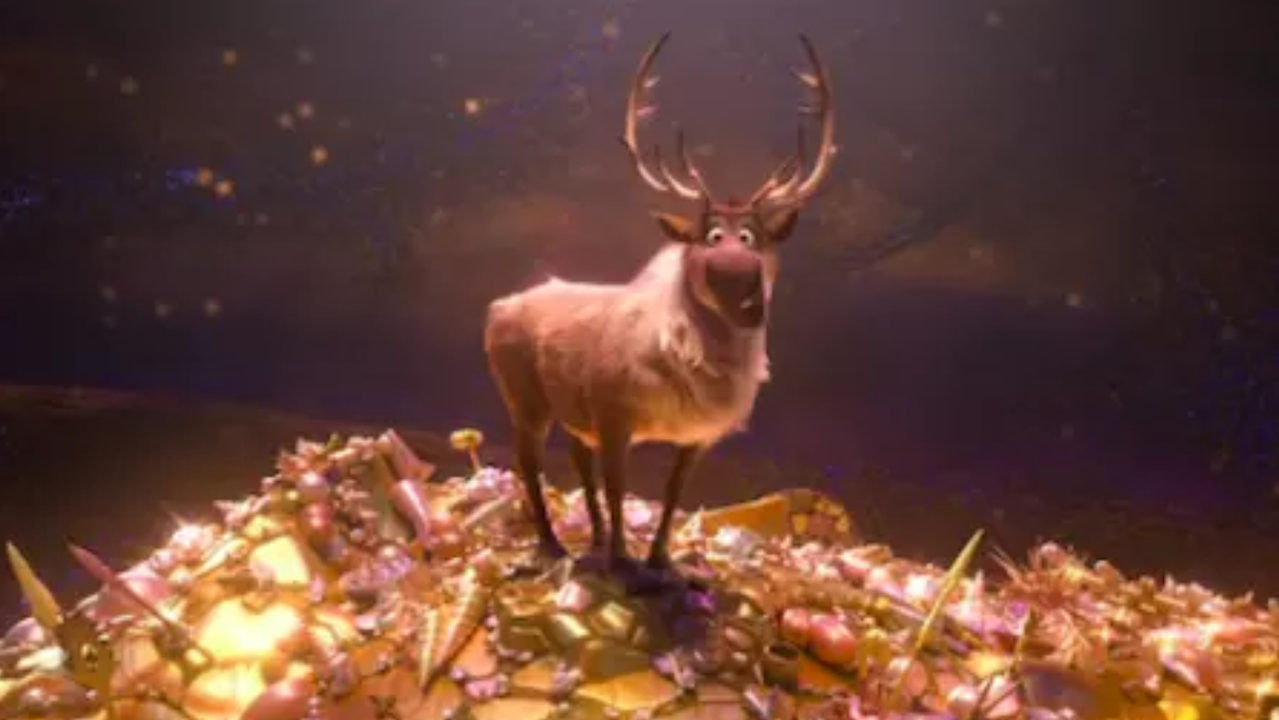 10. When Maui has some trouble with his look, he shape-shifts into many creatures, one of which is Sven from "Frozen." 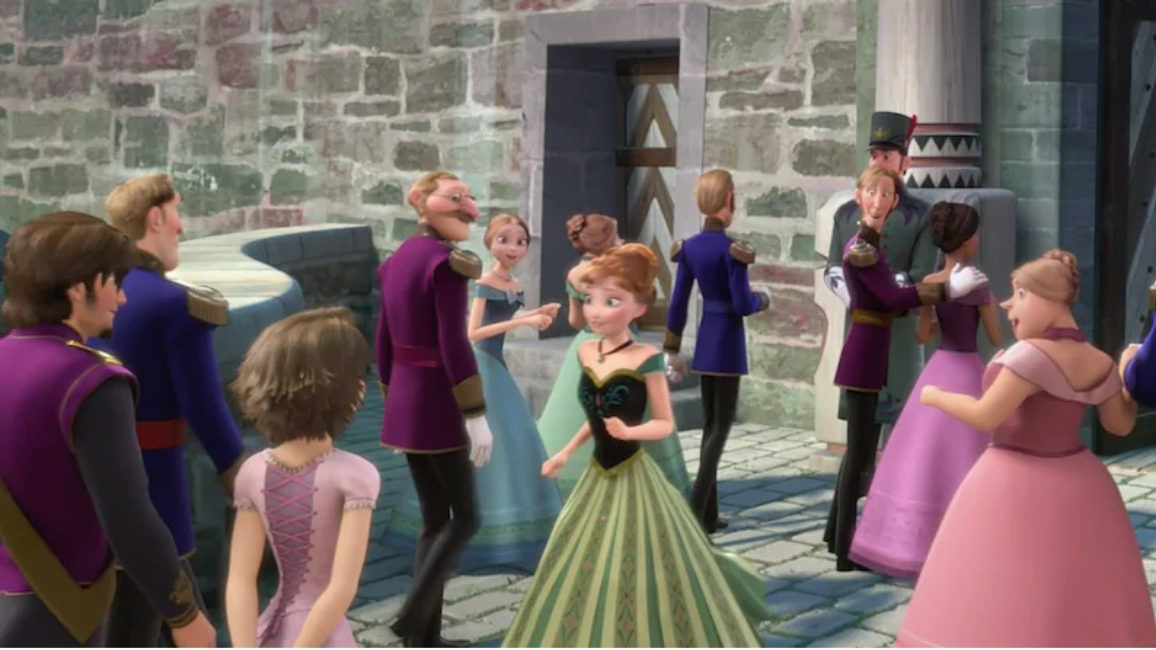 11. Rapunzel and Flynn from "Tangled" join the rest of Arendelle for Elsa's coronation in "Frozen." 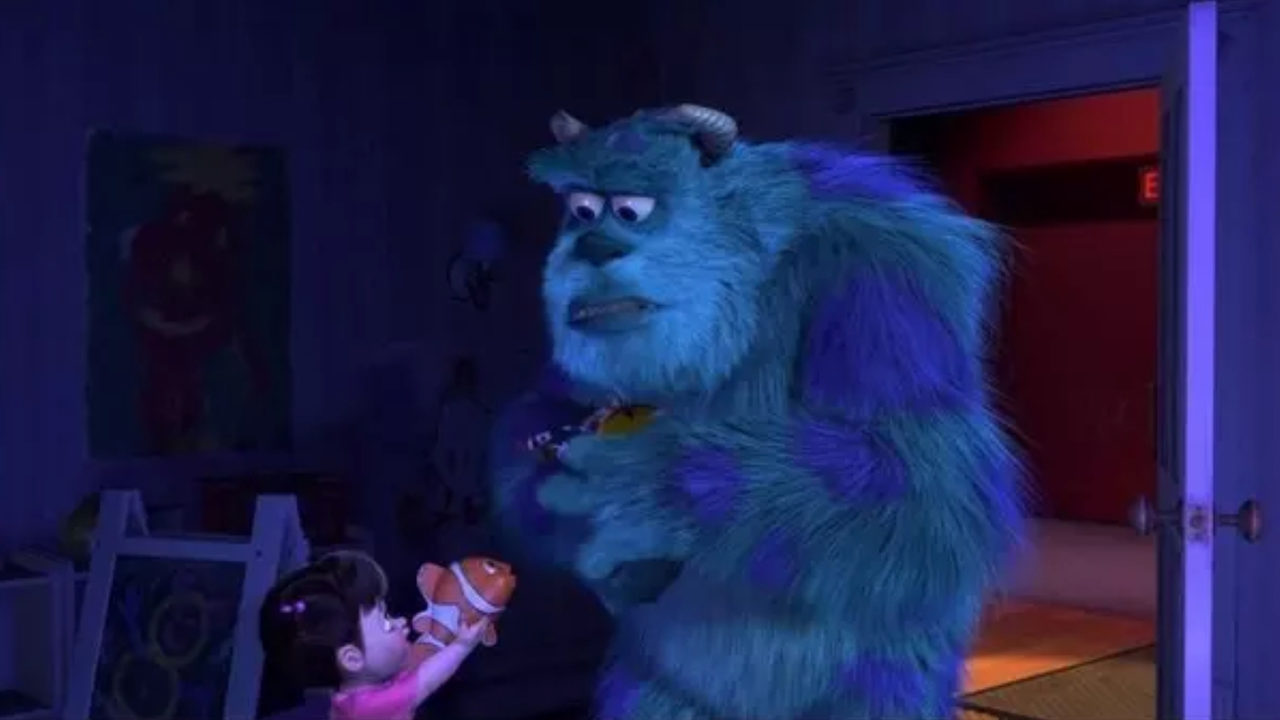 12. In "Monsters, Inc.," Boo gives Sulley a toy fish that bears a striking resemblance to Nemo. 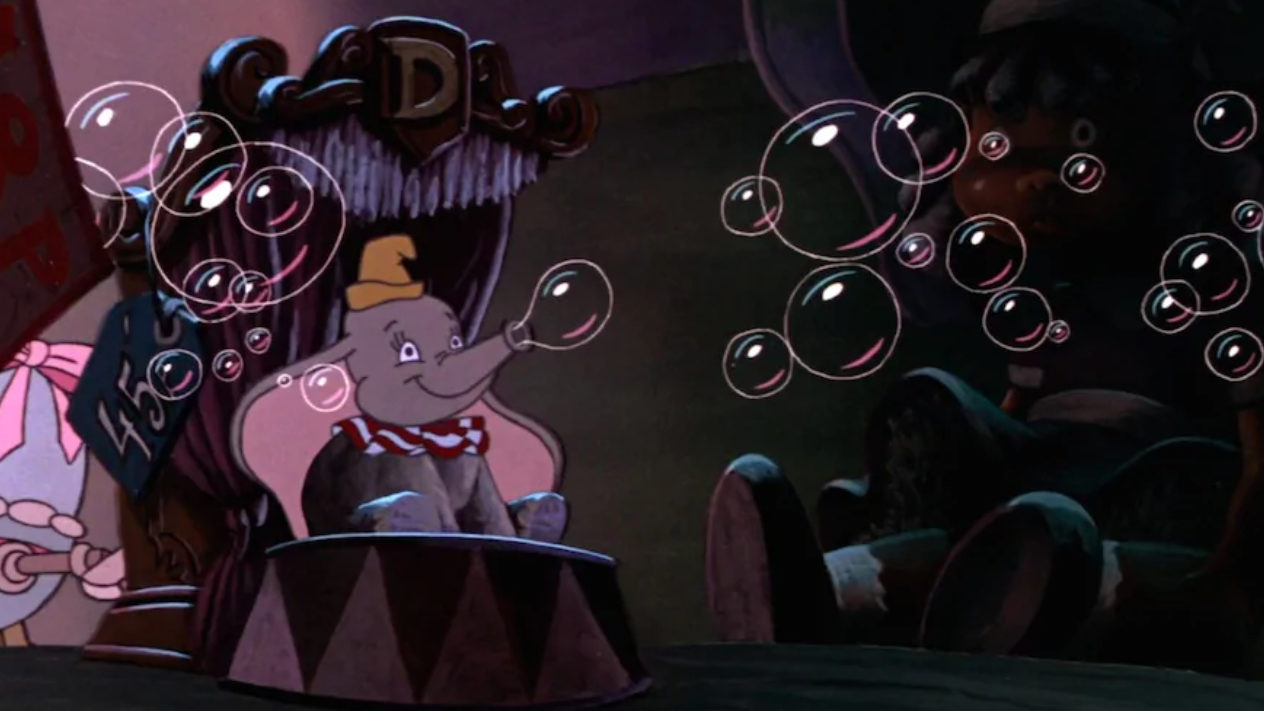 13. Dumbo is seen blowing bubbles in "The Great Mouse Detective." 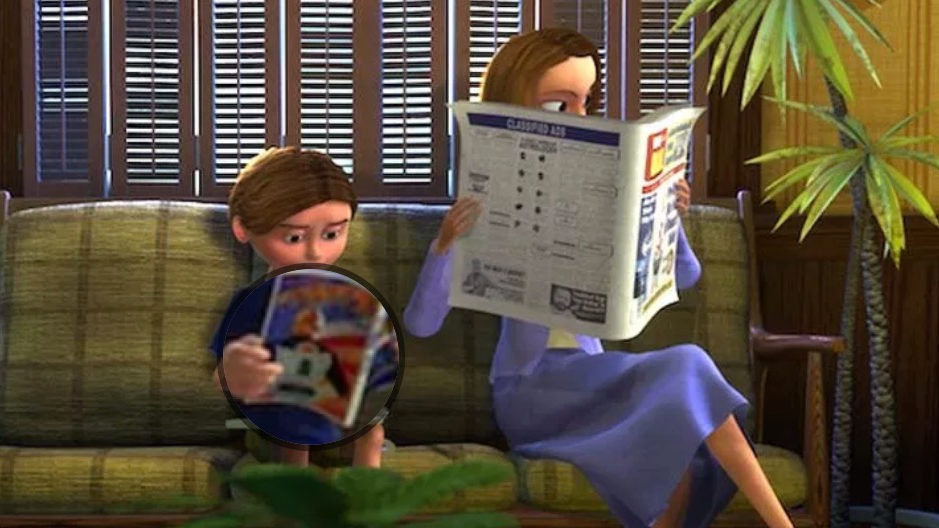 14. In "Finding Nemo," a young boy is reading a magazine in the waiting room at the dentist with one incredible superhero on the cover. 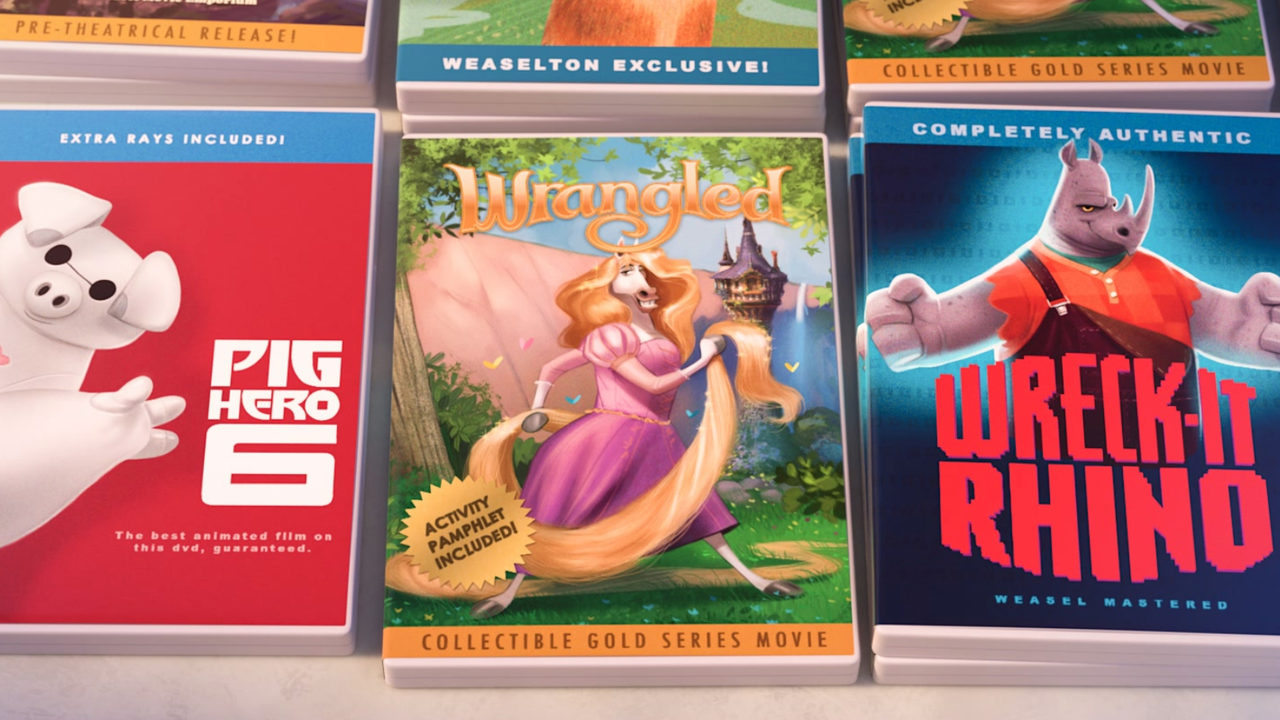 15. The bootleg DVDs for sale in "Zootopia" refer to Disney movies -- and some of the movies haven't even been released yet. Does that make it a "spoiled" egg? 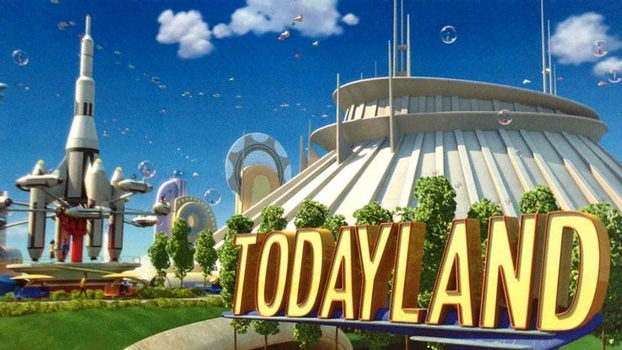 16. In "Meet the Robinsons," Todayland pays homage to Tomorrowland at Disneyland. If you look closely, you'll see Space Mountain and the Rocket Jets in the background. 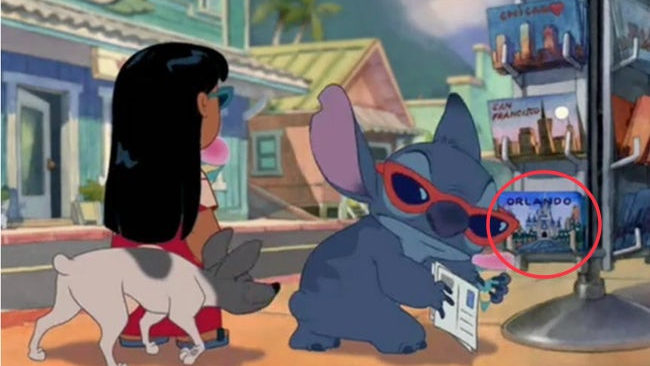 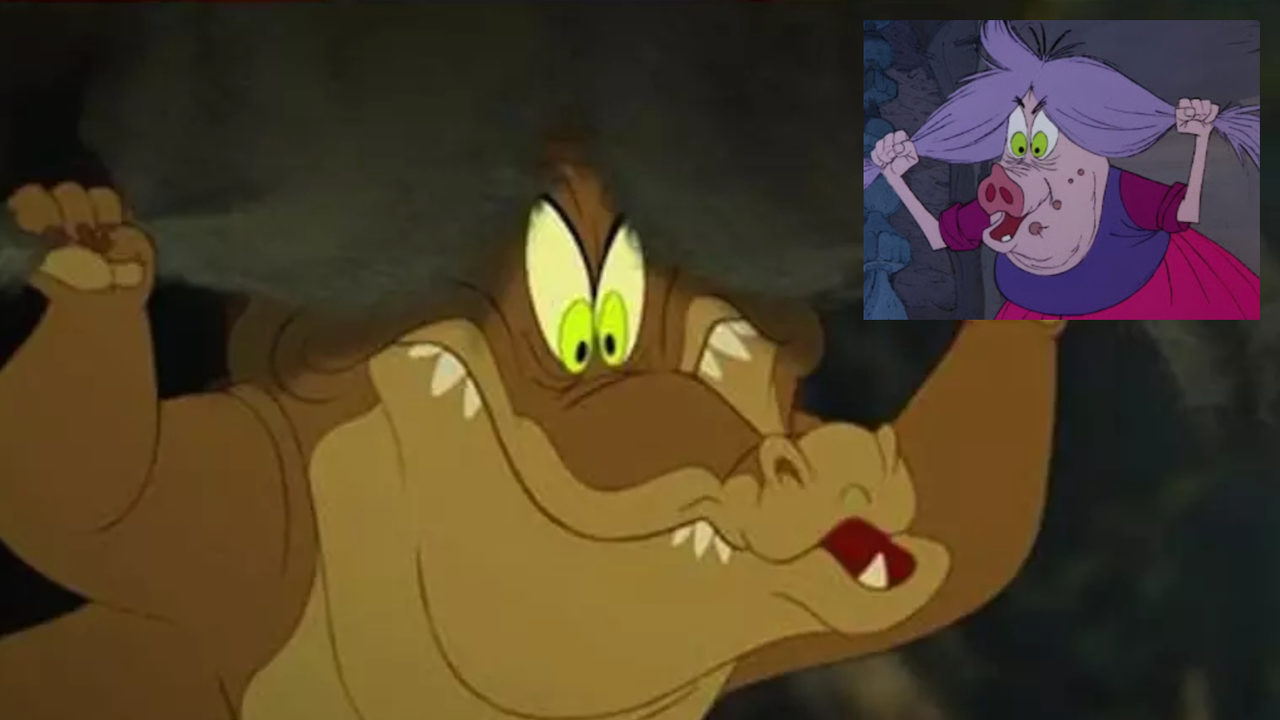 18. Louis from "The Princess and the Frog" imitates Madam Mim from "The Sword in the Stone." 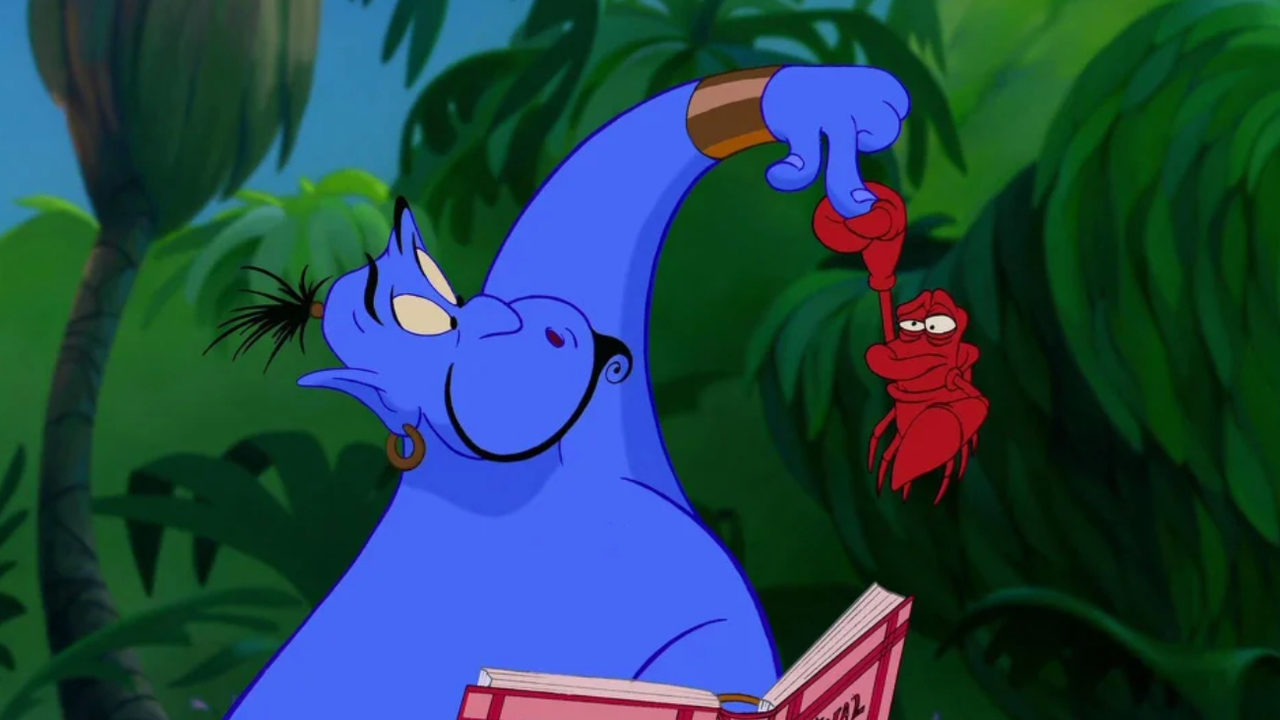 19. In "Aladdin," Genie looks for a royal recipe to transform Aladdin into a prince, and he pulls out Sebastian from "The Little Mermaid." 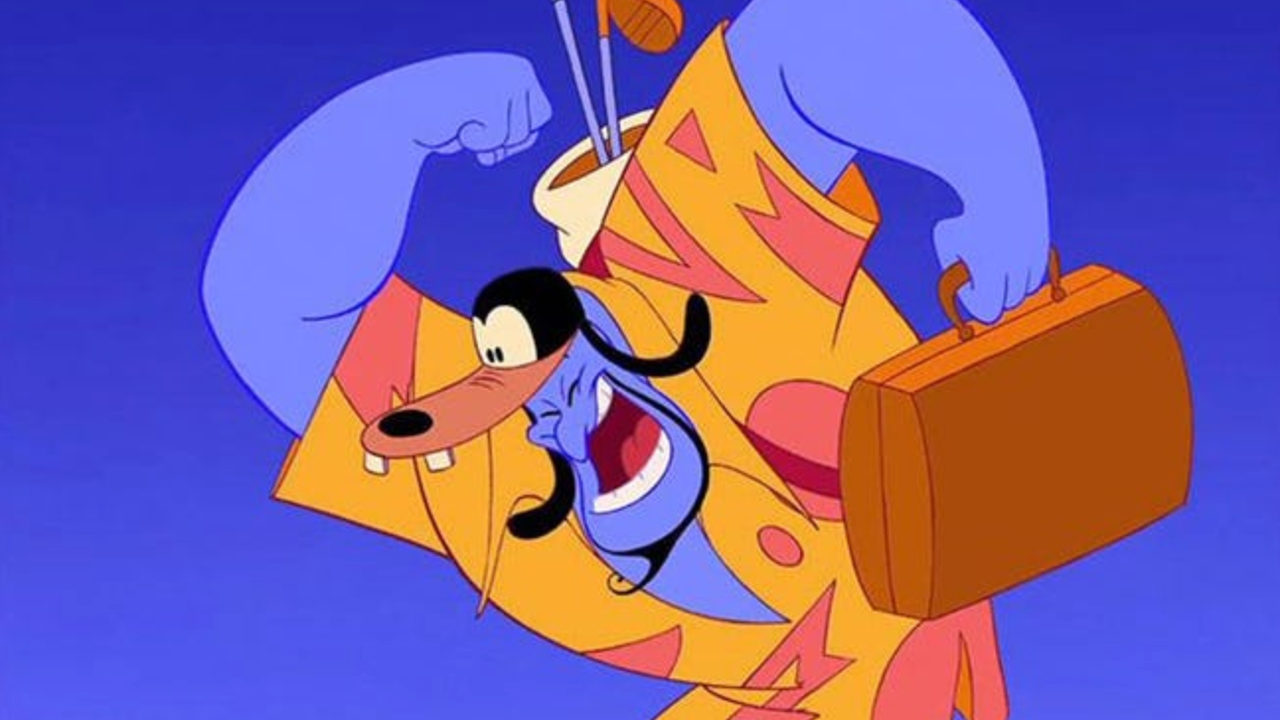 20. After Aladdin wishes for the Genie's freedom, he dons his Hawaiian shirt and Goofy hat to prepare for his trip to Walt Disney World.

Did you already know about these eggs? Do you have another favorite? Let us know in the comments.