City of Winter Springs under audit by State of Florida

These were the top 5 surprises from the Star Wars: Galaxy's Edge preview

ORLANDO, Fla. – The moment you step off of Toy Story Land and onto Star Wars: Galaxy's Edge at Disney's Hollywood Studios, you are immediately immersed in the planet Batuu.

It's a planet mentioned in the "Star Wars" movies but not widely known, leaving space for Walt Disney World Imagineers to build an entire new adventure for guests.

"This is your own 'Star Wars' adventure," said Scott Mallwitz, executive creative director for Walt Disney World Imagineering. "You are on the edge of wild space. You are on this thriving space port. You get to get on the Millennium Falcon. You get to taste Blue Milk. It's all the things you wanted to do, some people like me, since 1977." 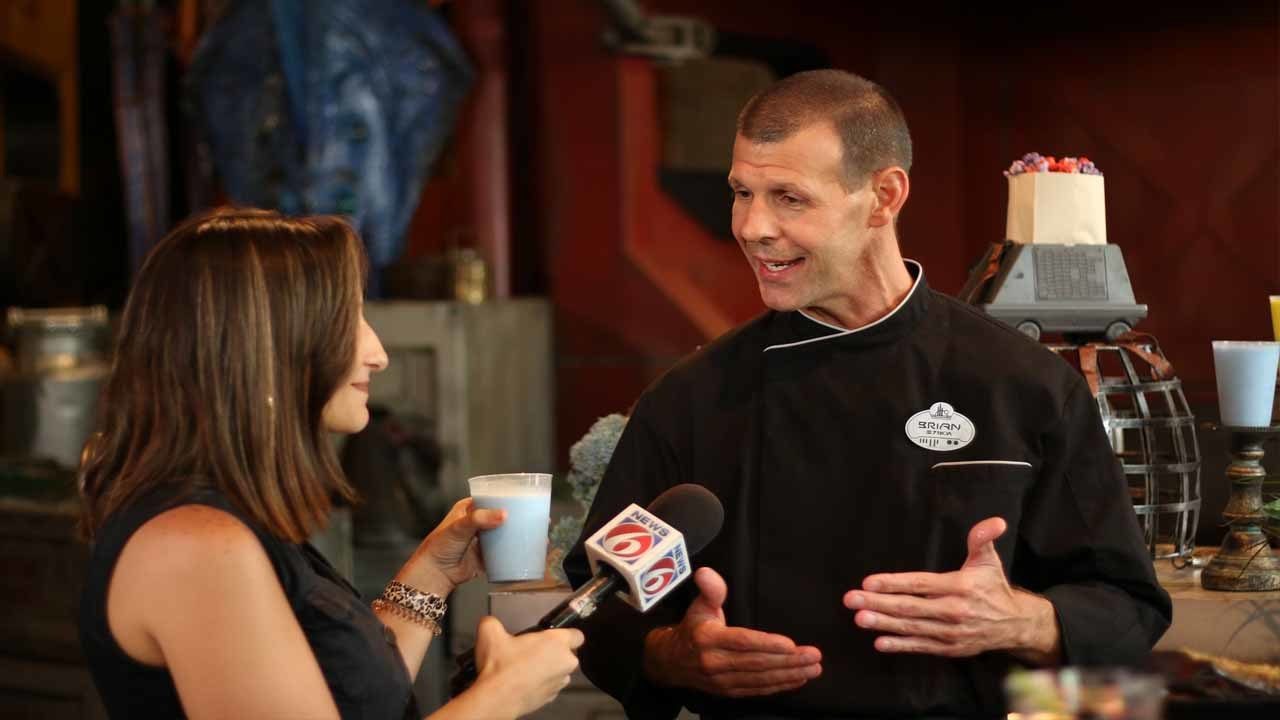 Bantha Milk. If you remember in "Episode IV -- Star Wars: A New Hope," Luke Skywalker is seen in the movie taking a big gulp of Blue Milk. Well, it's called Bantha Milk and it's served at Stars Wars: Galaxy's Edge. It's an iced beverage that you can get either blue or green. Not only that, the food options are all named after "Star Wars" characters and places. In fact, some of the meat products are actually named after some of the animals and creatures seen in the movies, Yanes said.

"We really worked with our Walt Disney Imagineering Partners and Lucas Films," said Chef Brian Piasecki. "(We) really got an understanding of the in-depth story, the characters, some of the animals that are in the story, some of the planets." 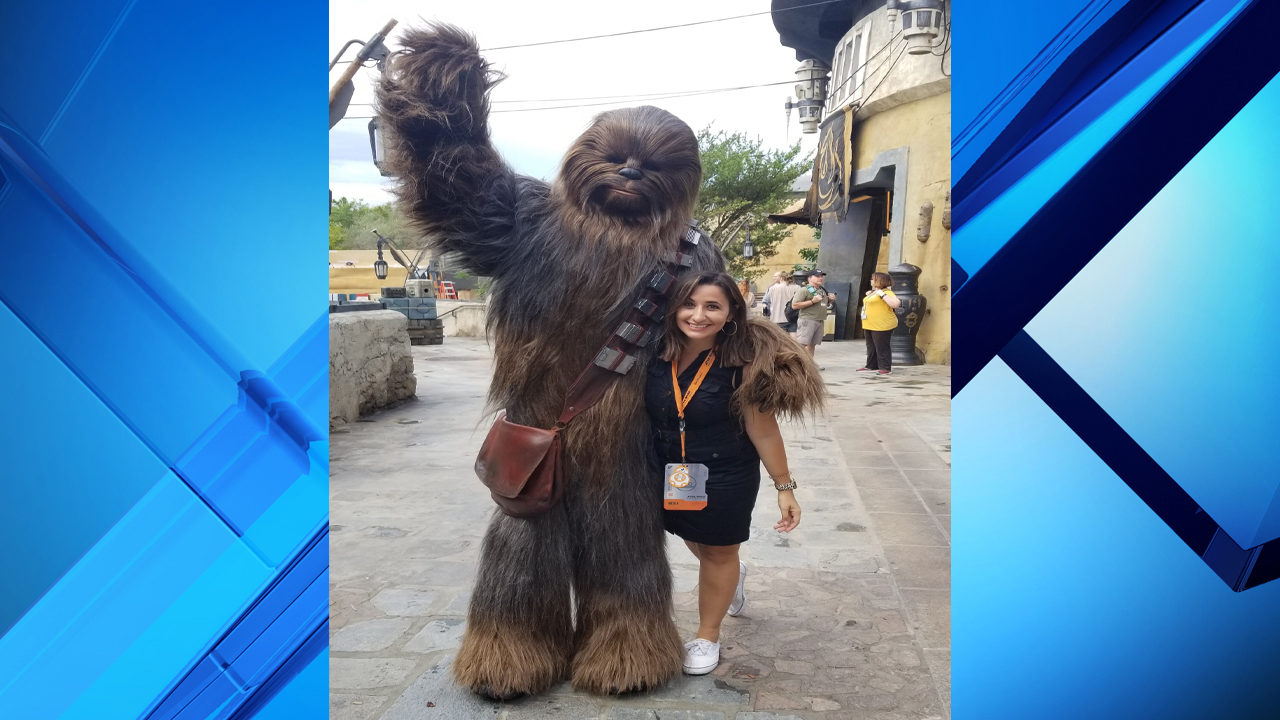 There are characters all over, but it doesn't get better than getting a hug from Chewbacca.

Yanes said they saw him hanging around the Millennium Falcon, which he let smuggler Hondo borrow for their ride onboard the ship. To set the scene even more, every cast member at Disney is actually called a citizen. Every detail paints the picture of the movies, even down to the citizen handing you a glass of Blue Milk. There are also citizens who are seen with their own personal droids interacting with guests throughout the park. 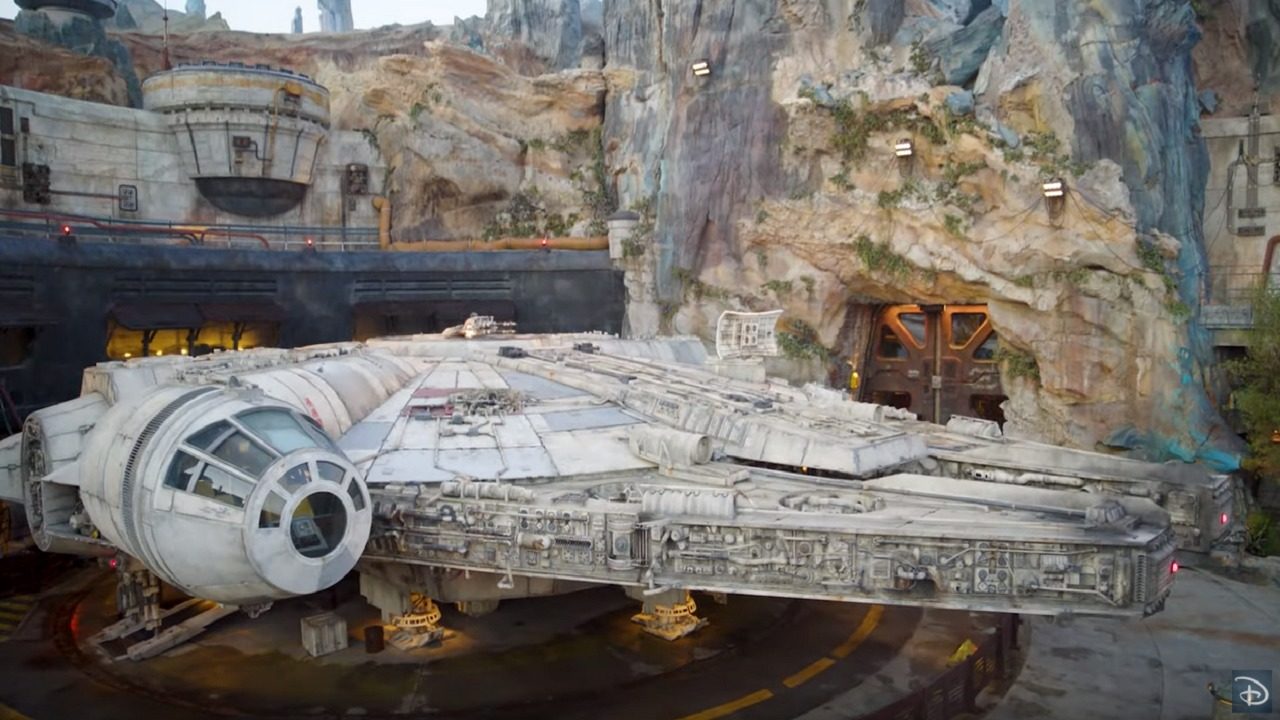 This ride is fulfilling the dreams of kids of all ages -- back to 1977. The big hunk of junk is the biggest and, right now, the only ride open at Star Wars: Galaxy's Edge. On it, travelers are taken on adventure with smuggler Hondo to fly the Millennium Falcon to deliver items to The Resistance. The details on this ride are amazing -- and because it is a hunk of junk, things happen while guests are waiting, Yanes said. So much so, that guests in line actually have to fix buttons and fix the starship before they can ride it. 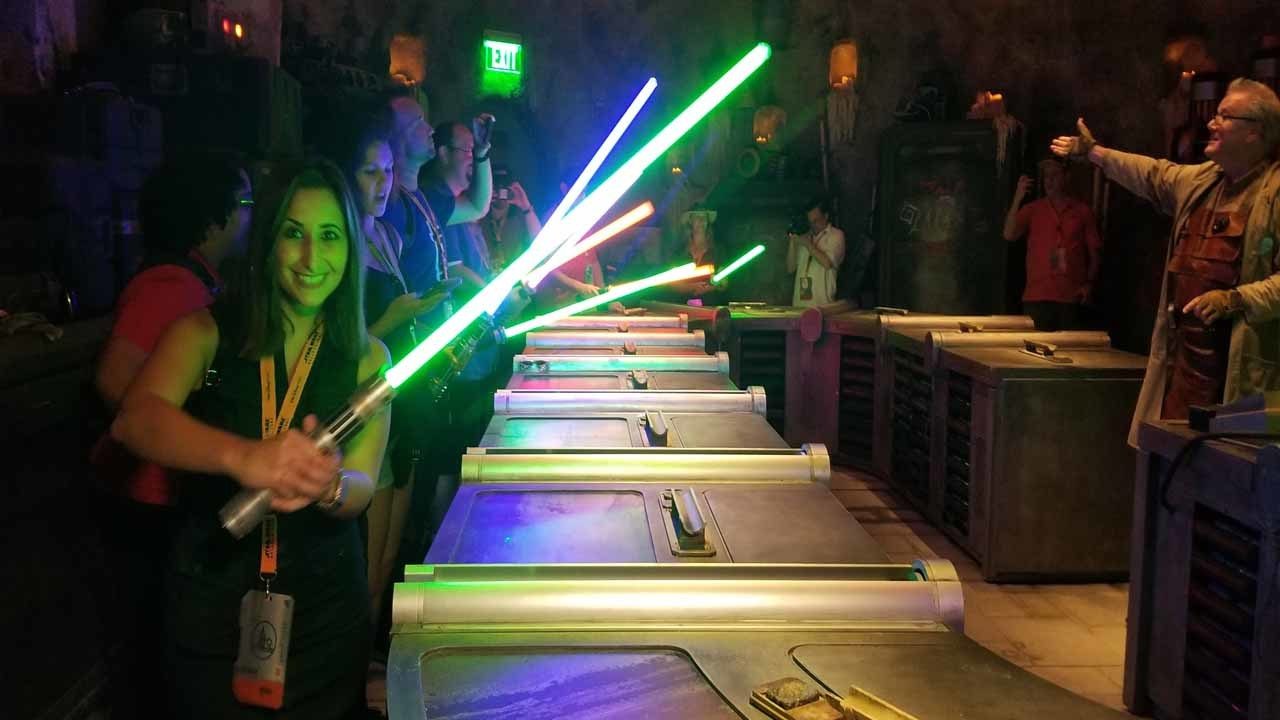 In order to choose your own adventure on Planet Batuu, you have to choose a side and you can't join your force without your own lightsaber. Inside Star Wars: Galaxy's Edge, you can pick and build your own lightsaber. The 20-minute experience will allow you to pick a crystal representing Ray and Jedis, The First Order and Kylo Ren. There are even green ones for Yoda and Luke Skywalker. This experience is pricey at $199, but if you can pay the experience, it's worth it, Yanes said.

On Dec. 5, Rise of the Resistance ride will open at Star Wars: Galaxy's Edge at Disney's Hollywood Studios. But Tuesday, Disney officials let News 6 get a sneak peek of the ride.

Disney officials are calling it one of the "most ambitious, advanced and immersive experiences ever undertaken by Walt Disney Imagineering." It is a multi-vehicular ride that goes from virtual reality to literal drops, Yanes said. It is in the back of the planet Batuu in a forest where guests can decide to join the Resistance. As they are being recruited, though, they are taken prisoner by Kylo Ren and the First Order. There, guests stand in a hangar the size of a high school gymnasium, face-to-face with three rows of storm troopers.

"It was an amazing moment when Disney released one picture Tuesday, giving us a first look at the ride," Yanes said.

For all other Star Wars: Galaxy's Edge content, visit ClickOrlando.com/ThemeParks.