2 heat advisories in effect for 3 regions in the area

Learn how to make serious side cash by selling on Amazon, eBay

How well do you remember 'The Disney Afternoon'?

Step right up and come on in, here's where the fun begins!

Kids of the ‘90s unite! We’re going over five of our favorite shows from "The Disney Afternoon." We’ll take you back to the good ol’ days of television, when you sat in front of the TV after school and watched cartoons until your parents yelled for you to do your homework.

Remind me what it was?

"The Disney Afternoon" was a two-hour syndicated block of programming that was broken up into four 30-minute segments, each containing an animated cartoon. "The Disney Afternoon" originally aired from Sept. 10, 1990 to Aug. 29, 1997, through Disney's syndication affiliate, Buena Vista Television. The block of cartoons defined an entire generation of kids and sparked a new era in after-school television.

Those kids are now approaching their 30s -- or beyond, and we’re sure they would have a hard time holding back the trademark "Ducktales" “woo-hoo!”

"The Disney Afternoon" consisted of 12 individual shows and ruled the after-school airwaves. 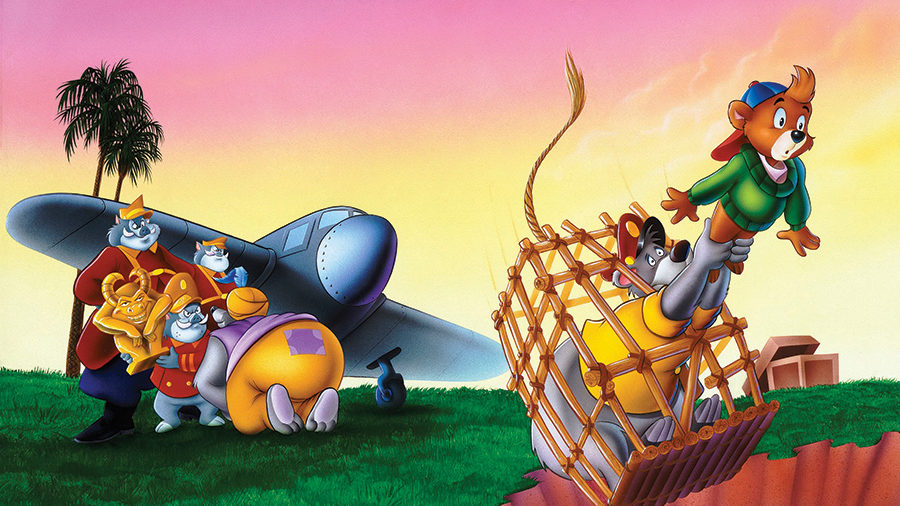 Utilizing most of the characters from "The Jungle Book," this show took place in the 1930s. The series focused on a pilot named Baloo whose freight business is purchased by Rebecca Cunningham and newly named "Higher for Hire." An orphan and former air pirate Kit befriends Baloo and becomes his navigator. What kid didn’t want to surf the clouds like Kit? They go on high-flying adventures and have numerous encounters with a gang of air pirates led by Don Karnage. 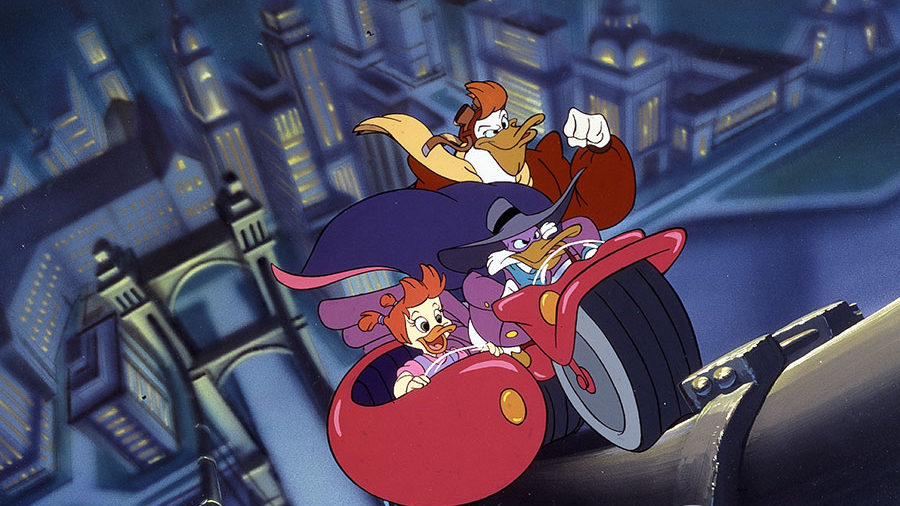 Darkwing was the terror that flapped in the night! The show was about the wacky adventures of a less-than-perfect superhero. Engaging in witty battles with super villains and street criminals alike, Darkwing struggled to balance his thirst for fame and attention against his desire to be a good father to Gosalyn, his adopted tomboyish-daughter. Compared with "Talespin", "Darkwing Duck" was unique because it contained an original cast of characters instead of drawing upon previous movies to fill its cast.

When there's trouble you call DW! 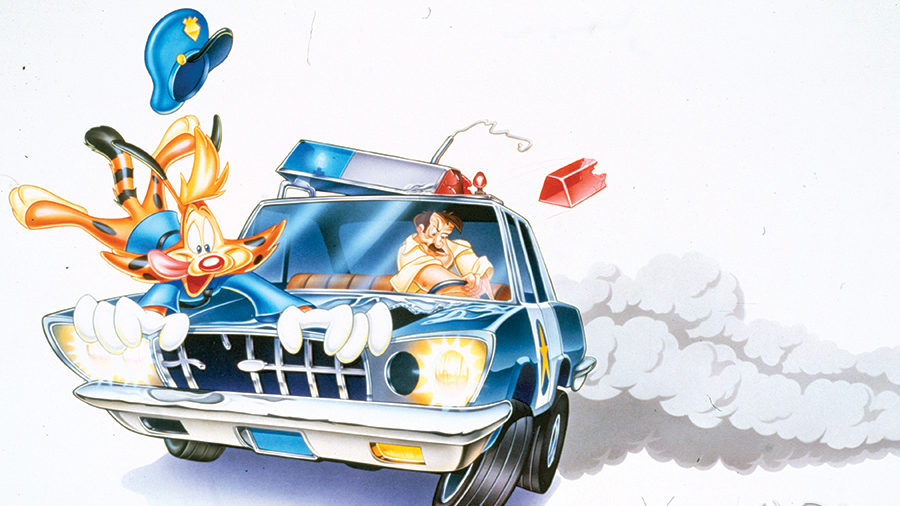 Bonkers D. Bobcat was a popular cartoon actor that found himself out of the job and decided to become a cop instead. He became the junior partner to Detective Lucky Piquel, a hot-tempered dull cop who hates toons. (Sound familiar?)  The duo worked together to solve crimes around Hollywood and Los Angeles. During each mission, Bonkers would repeatedly try to win the praise of his grumpy partner, but would usually just end up ruining the mission with his toon-like antics. 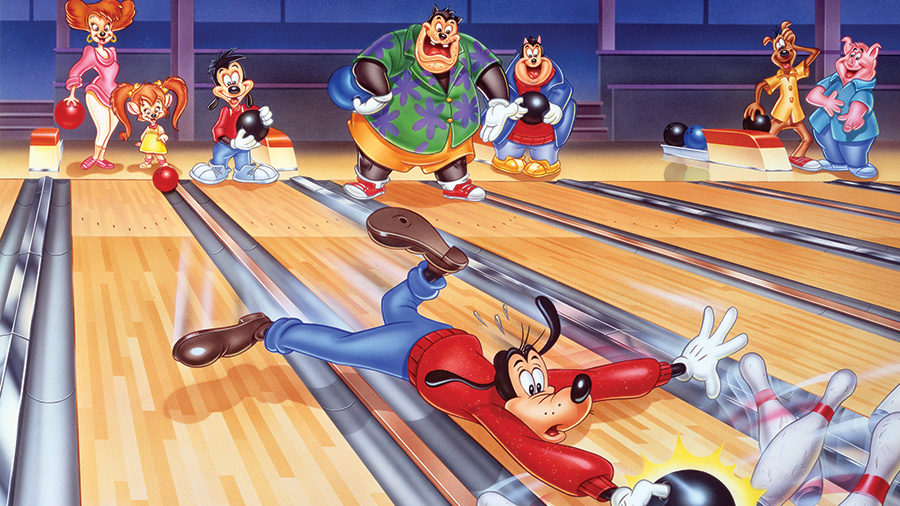 In the lineup of greatest theme songs of children’s TV shows, "Goof Troop" would be at the very top. Goofy moves back to his hometown with his son Max and their neighbor is none other than Goofy’s high school friend Pete. Pete is a car salesman and owns Honest Pete’s Used Cars. Max becomes best friends with Pete’s son P.J. and they end up doing everything together. You don’t need us to tell you why the show is humorous, it’s just Goofy. "Goof Troop" was later adapted into the feature film "A Goofy Movie" and its sequel, "An Extremely Goofy Movie." 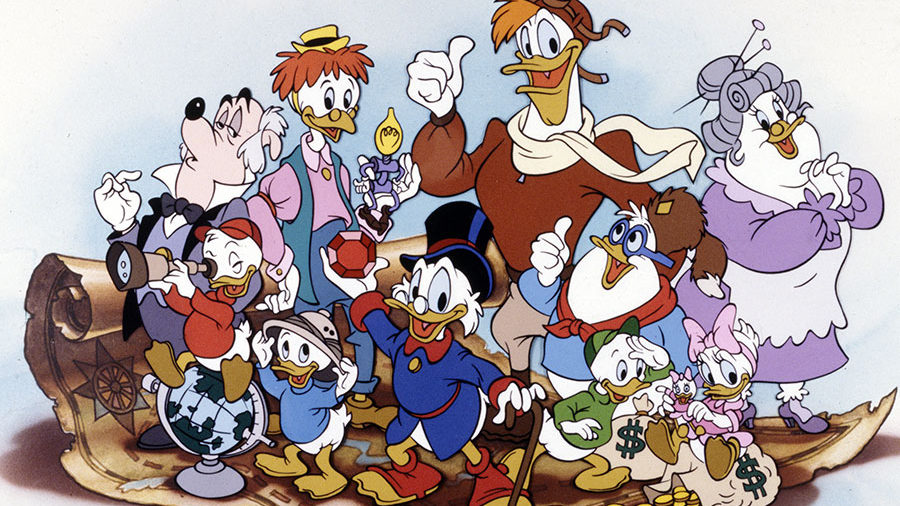 Life is like a hurricane in -- you know what we’re talking about, it's "DuckTales!" The show starred Donald Duck’s uncle Scrooge McDuck, who was put in charge of his three nephews while Donald is away. The kids and their uncle would travel the world and solve everyday chaos. While Scrooge was already the richest duck in the world, he would constantly try to increase his wealth however he could. However, before you can increase your wealth, you have to protect it. Scrooge would have to protect his hard-earned cash from the Beagle Boys and Magica De Spell. Besides villains, Scrooge also had his rival Flintheart Glomgold, who was always trying to dethrone Scrooge from being the richest duck in the world. After the show aired, it morphed into a motion picture, "DuckTales the Movie: Treasure of the Lost Lamp," which was released in 1990.

D-D-D-Danger! Watch behind you! There's a stranger, out to find you!

Some other shows that made up "The Disney Afternoon" include:

"The Disney Afternoon" wasn’t just something you could watch on TV or read in a book. You could live it, as well -- that is, if you were close enough to a Disney theme park. The characters from "The Disney Afternoon" went to Walt Disney World with the debut of Mickey’s Birthdayland. The characters would eventually get their own show called "Mickey’s Magical TV World" and would perform daily from 1990 to 1996.

Fast forward to 2019, guests at Walt Disney World can head over to Animal Kingdom and meet Launchpad McQuack and Scrooge McDuck during Donald's Dinorama.

Feeling nostalgic? Take our quiz below to see how well you know "The Disney Afternoon"!