Another round of strong storms are expected in Central Florida.

Get $200 off the world’s No. 1 language learning app in our Back to Education sale today

Find out how to avoid 'the red tide tickle'

The bloom has spread in recent months, even creeping its way into Brevard County for the first time in years, prompting more and more government officials to issue warnings to beachgoers.

Even those who don't get in the water or touch the dead fish lining the shore aren't immune to the dangers of red tide.

Below is a breakdown of how red tide affects your health and what precautions beachgoers should take.

Why is red tide toxic? 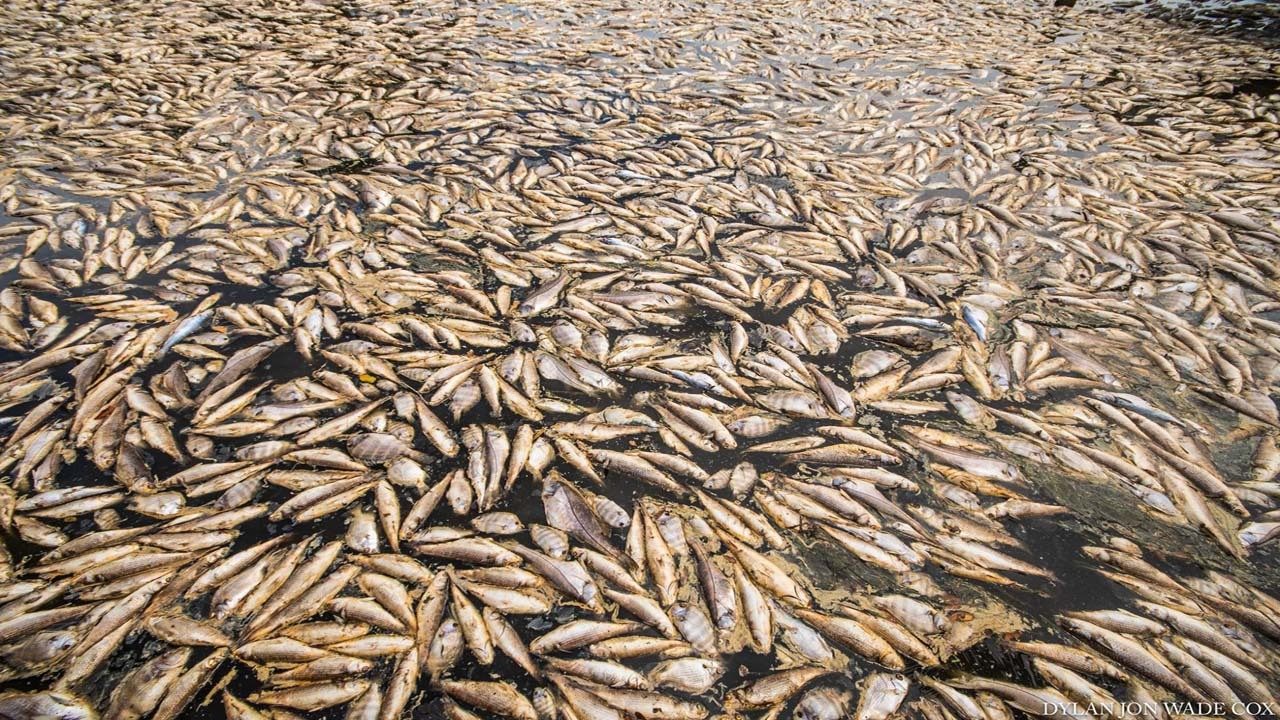 When the microscopic alga Karenia brevis is present in high concentrations in a body of water, that waterway begins to experience red tide. When the K. brevis die, they produce brevotoxins that negatively affect the central nervous system of fish and other animals that consume the contaminated water, ultimately leading to that creature's death.

But it doesn't stop there. Wave action and rough surf cause the K. brevis to break and release the toxins into the air, where they're further dispersed by gusts of wind. In some cases, the toxins can be found up to a mile inland.

How can it affect your health?

Breathing in those toxins can cause sneezing, coughing, itchy and watery eyes, running noses and other similar symptoms commonly referred to as "the red tide tickle," named for the throat irritation is causes. For those with asthma, COPD or other chronic respiratory ailments, those symptoms can be more severe.

Unless the outbreak is severe, most people don't experience additional symptoms from swimming in red tide water. Still, it's possible that a rash or skin irritation could develop.

What precautions should be taken? 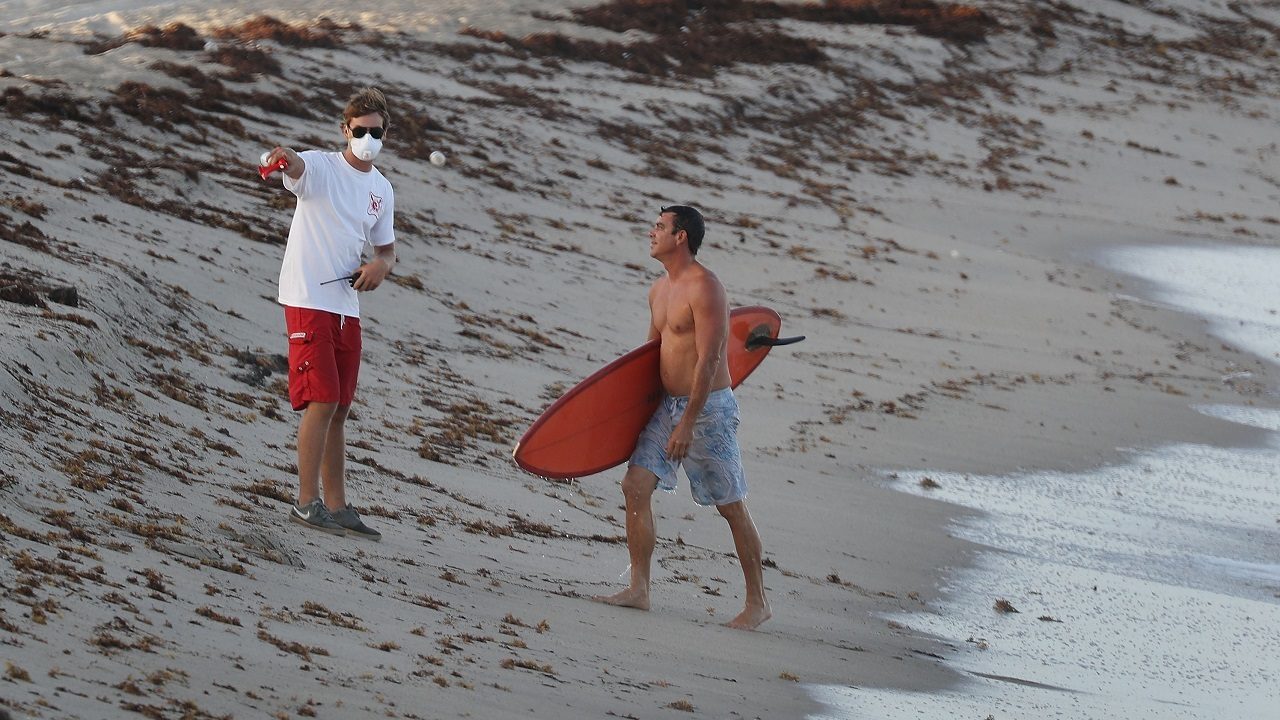 Never touch dead fish or swim in an area where you see them nearby -- that goes for pets as well. Wearing a face mask that covers your nose and mouth is a good way to limit the amount of toxins that enter your airway, but that might not be enough for people who suffer from chronic respiratory issues, so be sure to have an inhaler handy.

People who live along the coast should keep the windows and doors of their home closed to prevent experiencing symptoms while indoors. If you or your pet does enter the water, wash thoroughly and carefully with fresh water as soon as possible.

If these symptoms sound concerning, your best bet is to avoid any areas affected by red tide.

How can I find out more about red tide? 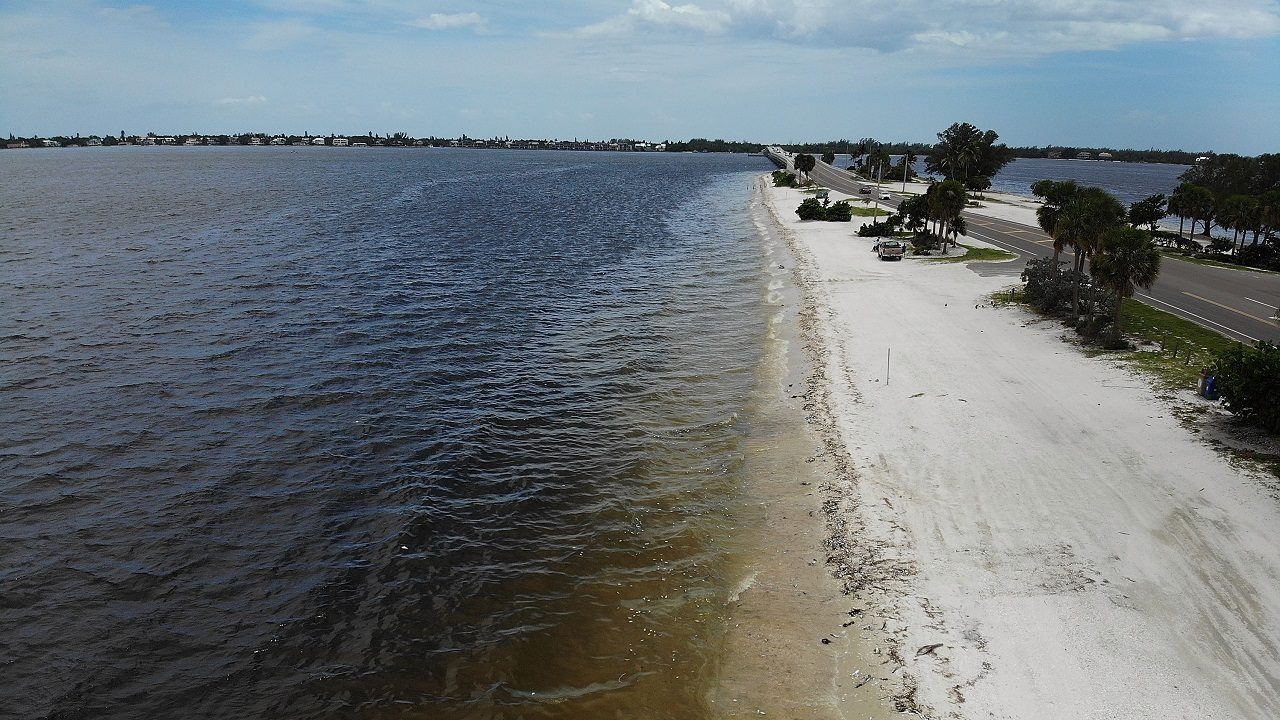 News 6 has reported on red tide and other issues affecting the Sunshine State's environment, you can find that coverage by going to ClickOrlando.com/water. Until the outbreak subsides, the Florida Fish and Wildlife Conservation Commission will be posting daily updates on its webpage dedicated to red tide, which you can find at MyFWC.com/RedTideStatus.