What authority do local leaders have now that Florida is in Phase 3 of coronavirus reopening?

Johannessen Lights display canceled for this year due to COVID-19

CAPE CANAVERAL, Fla. – This year is set to see more launches from more companies around the world, including the return of launching astronauts from Cape Canaveral for the first time in almost a decade.

NASA's Commercial Crew Program contractors SpaceX and Boeing have a series of critical test flights scheduled to prepare to begin shuttling astronauts to and from the International Space Station.

"Our flight schedules reflect just how close we are,” said Kathy Lueders, manager of NASA’s Commercial Crew Program. “The progress has been tremendous, but we still have a lot of work to do. There’s something I repeat constantly, ‘We will fly when we are ready.’”

The uncrewed flights for both U.S. companies will be crucial to ensure the spacecraft are ready to fly with astronauts.

“This is where we see end-to-end how these systems perform and will receive greater insight as we get real flight data,” Lueders said. “The results of the uncrewed flight tests and abort tests will dictate when we fly crew.”

Here's a look at when commercial crew test flights should happen and other notable launches coming up this year.

SpaceX planned to launch its Crew Dragon capsule atop the Falcon 9 rocket from Kennedy Space Center launch pad 39A on Jan. 17 as part of NASA’s Commercial Crew Program. However, a partial U.S. government shutdown pushed that date into February.

This marks the first step of the year toward launching astronauts from U.S. soil again. According to NASA, SpaceX and Boeing are on track to begin sending U.S. astronauts to the International Space Station by the end of 2019.

Since 2011, NASA has paid Russia to launch its astronauts to the space station and bringing them back home.

SpaceX rolled out the Crew Dragon and Falcon 9 on Jan. 3 for testing on the launch pad.
When it launches, Crew Dragon will dock with the International Space Station where it will stay for two weeks before returning home, landing in the Western United States.

This plane-assisted launch of a NASA spacecraft remains unfinished business from last year.

NASA and Northrop Grumman were preparing to launch a spacecraft designed to study Earth's electrically charged upper atmosphere in November, but it was delayed due to off-nominal data observed during the Nov. 7 launch attempt.

NASA’s Ionospheric Connection Explorer or ICON, spacecraft back to Vandenberg Air Force Base in California for further review.

When ICON does launch, Northrop Grumman's Pegasus XL rocket will catch a ride into the sky strapped to the belly of an aircraft known as the "Stargazer." The plane will take off from Cape Canaveral Air Force Station and release the rocket about seven miles over the Atlantic Ocean. Pegasus will then free fall for a few seconds before igniting its rocket motor and carrying ICON into orbit in just over 10 minutes.

Stay tuned for that launch date. 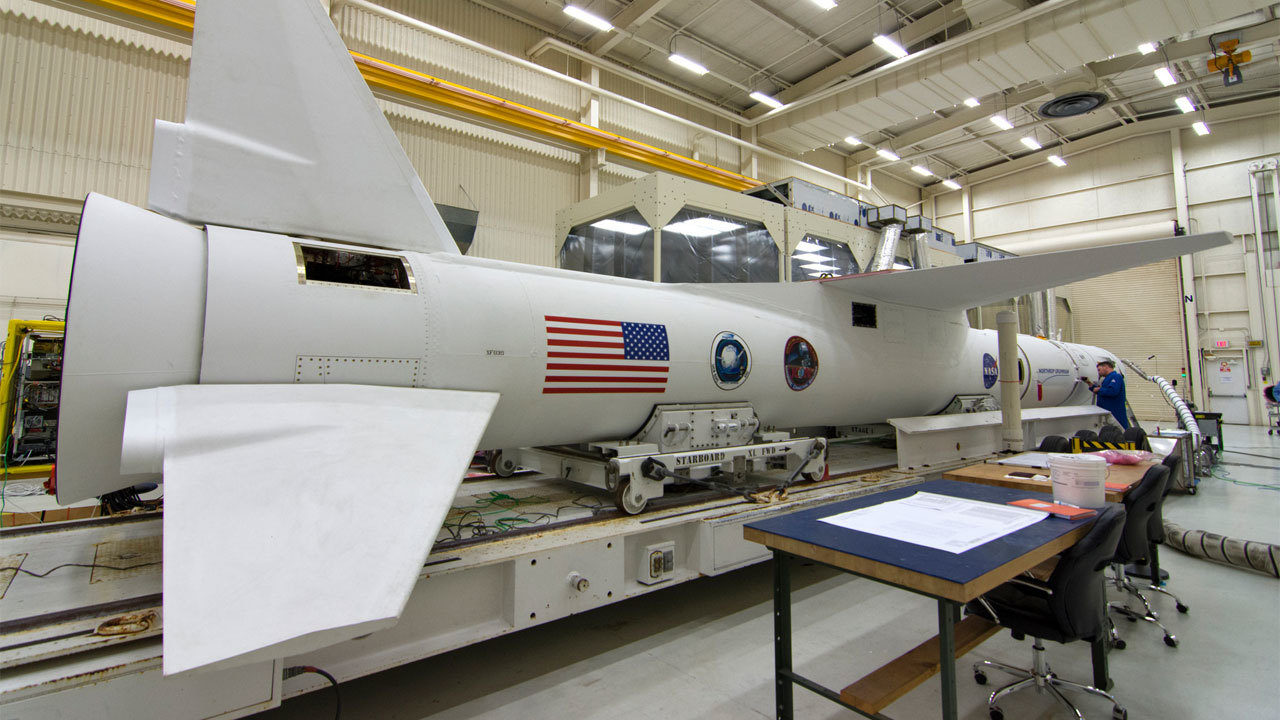 Mid-February: Israel lunar lander
SpaceX will launch Israeli's first mission to the moon and  communications satellites for Indonesia in a February ride-share flight.

Israeli nonprofit SpaceIL recently announce the crowd-sourced name of its spacecraft, Beresheet,  which means Genesis in Hebrew. SpaceIL was a finalist in the $20 million Google Lunar XPRIZE, along with Cape Canaveral’s Moon Express.

The robot will land on the lunar surface, travel 500 meters and send high definition video and photos back to Earth, according to SpaceIL.com.

The launch is slated for the second half of February. 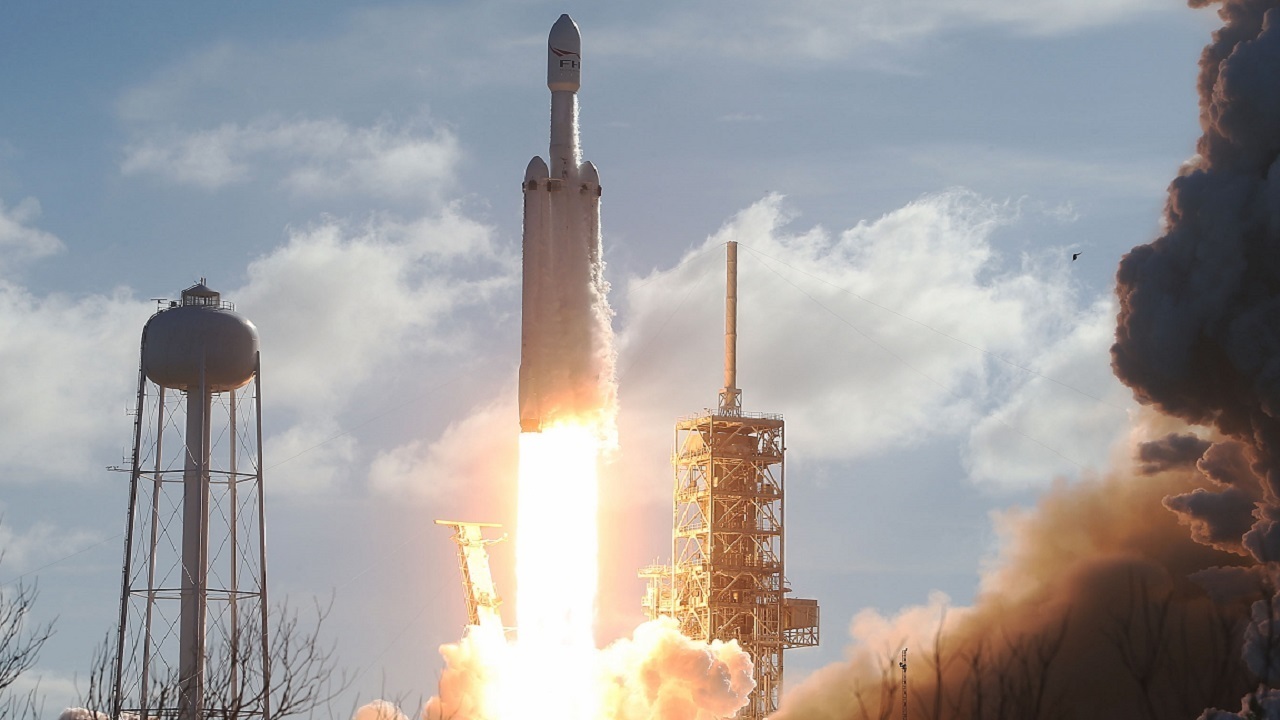 SpaceX will launch its mega rocket Falcon Heavy sometime in early 2019 on its first missions for paying customers.

Falcon Heavy will launch a communications satellite for Saudi Arabia’s Arabsat early this year and next it will launch a cluster of U.S. Air Force and scientific research satellites.

Falcon Heavy includes three Falcon 9 rock cores, which can land and be re-flown after launch.

Those launch dates have not been announced, but are slated for the first quarter of 2019.

For this test flight, the unpiloted capsule will dock at the International Space Station and return to Earth. It’s all part of certifying the space capsule for  human spaceflight under NASA’s commercial crew program.

At the start of the year, NASA officials say SpaceX is on track to launch its Crew Dragon on a second demo flight from Kennedy Space Center in June. This time NASA astronauts Bob Behnken and Doug Hurley will be on the June flight.

This launch will make history, as it will be the first time Americans have launched from the U.S. since 2011.

The January uncrewed test flight and another abort test will also play into whether SpaceX stays on target for a June test launch with astronauts to the International Space Station. 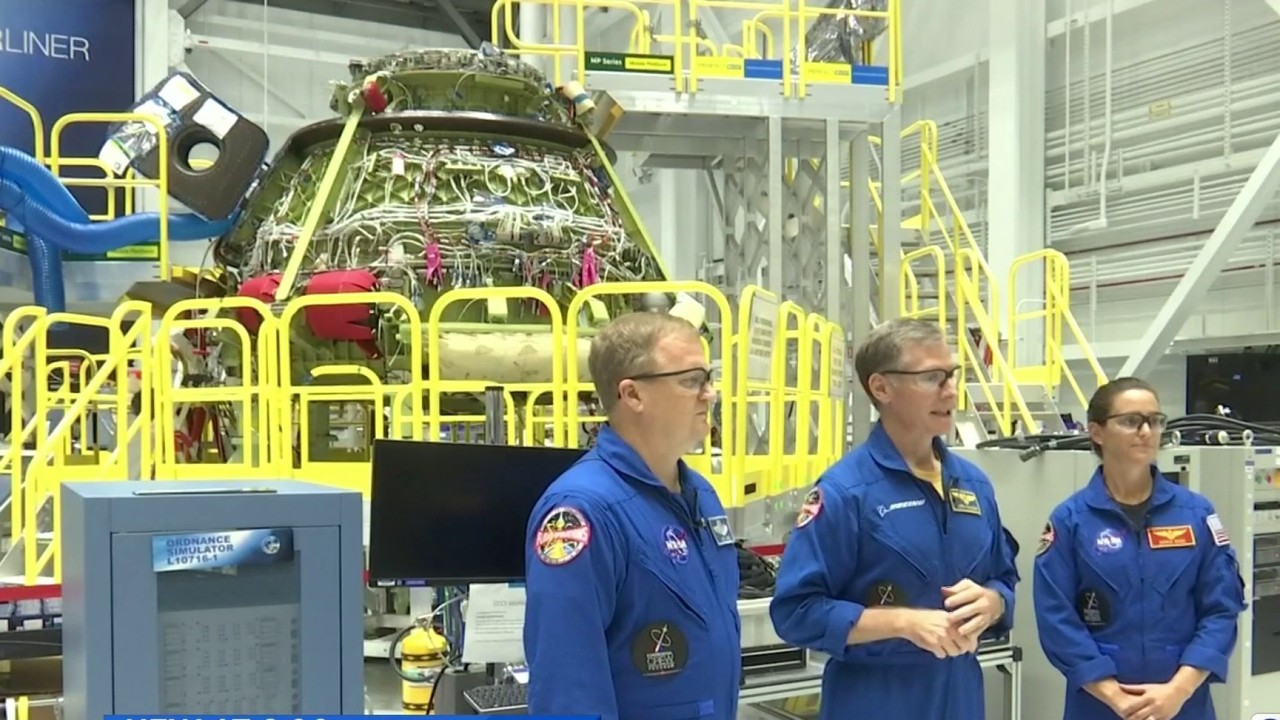 If the March Demo flight of the Boeing CST-100 Starliner goes well, ULA will launch the spacecraft for Boeing again this time with two astronauts and a test pilot.

According to NASA, Boeing is targeting August for its first crewed flight from Cape Canaveral Air Force Station at Space Launch Complex 41.

On that flight will be NASA astronauts Eric Boe and Nicole Aunapu Mann, along with Chris Ferguson, a former NASA astronaut who now works for Boeing.

An Atlas V rocket will launch the Starliner, which will dock at the space station and return to Earth.

The first mission to the International Space Station will happen sometime after the August Boeing test flight, according to NASA's current timeline, however, the space agency didn't say which spacecraft would make the first trip. 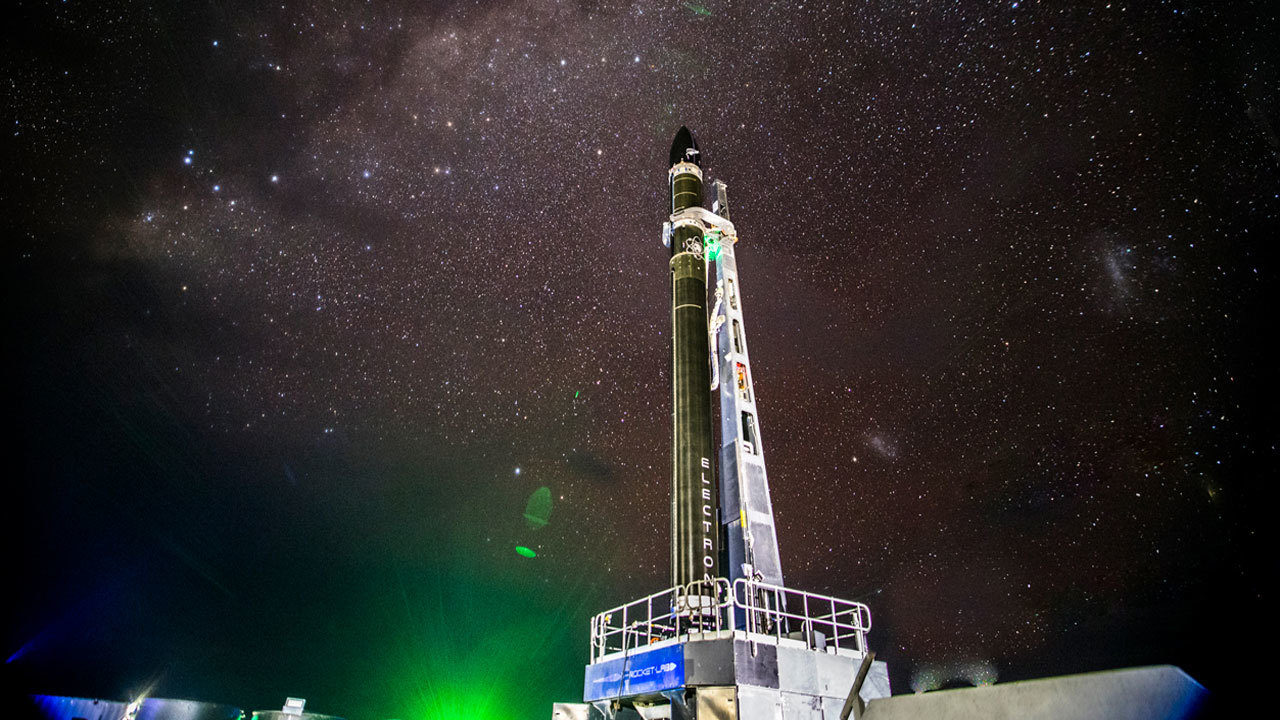 Rocket Lab, the American startup launching from New Zealand, is picking up the pace with its Electron rocket in 2019 after three successful missions last year.

"Regular and reliable launch is now a reality for small satellites. The wait is over,” Rocket Lab CEO and founder Peter Beck said in December after sending NASA CubeSats to orbit on first ever Venture Class Launch Services mission. “We’re providing small satellite customers with more control than they’ve ever had, enabling them to launch on their own schedule, to precise orbits, as frequently as they need to.”

Rocket Lab also broke ground on a new launchpad last year at NASA's Wallops Flight Facility in Virginia. The decision to build its second launch site in Virginia and not the Sunshine State was a slight set back for Florida's spaceport authority, Space Florida, which had been working with Rocket Lab to secure that bid.

With Virgin Orbit's first journey into the edge of space, its paying customers are waiting for the word when the company will begin launch space tourists on SpaceShipTwo.

Blue Origin is also accepting letters of interest for flights on its New Shepard rocket.

Time and safety will determine which company carries the first civilians into space.

Most people heard about Virgin Galactic's space plane SpaceShipTwo and it's first journey into space in December, but its sister company Virgin Obit is also very close to launching.

Similar to Northrop Grumman's Pegasus XL, Virgin Orbit's rocket LauncherOne will get an assist from a plane. Former Virgin Atlantic commercial jetliner Cosmic Girl is a Boeing 747 that was retrofitted for Virgin Orbit's LauncherOne rocket.

When Launcher One is on a real mission, Cosmic Girl will fly to above 30,000 feet, drop the rocket and get a nice healthy head start away before LauncherOne's ignition. Mission control will be out of a converted Hollywood movie trailer.

A November test flight by Cosmic Girl and LauncherOne marked the first time a 747 carried a rocket in its 70-year history, according to Virgin Orbit.

Companies looking to launch small satellites with LauncherOne can buy the entire vehicle, which is about the size of 25 cars, or part of it and ride-share.

Among the first paying customers on LauncherOne will be several NASA-selected payloads, including one for the University of Central Florida's Physics Department. Virgin Orbit also signed a contract with satellite manufacturer OneWeb for 39 satellites.

The commercial space company under the Virgin Group umbrella, founded by Sir Richard Branson, plans to start launching missions into orbit with the rocket LauncherOne early next year.